Wimbledon: 'Now we're at 80, let's get to 100' – Djokovic makes history with latest victory

With his victory over Kwon Soon-woo at Wimbledon on Monday, Novak Djokovic reached 80 wins in all four tennis majors.

Novak Djokovic became the first male player in the Open Era to win at least 80 matches in all four grand slams with victory over Kwon Soon-woo in the first round of Wimbledon.

That was Djokovic's 80th win at the All England Club in what was his 90th match, adding to his 85 wins at the French Open, 82 at the Australian Open and 81 at the US Open.

He has won 22 matches in a row at Wimbledon since retiring in his quarter-final with Tomas Berdych in the 2017 quarter-finals, and is 17-0 in first-round matches in the event.

With 328 grand slam wins to his name, Djokovic is second only to Federer (369) in that regard, with fellow heavyweight Rafael Nadal – in action on Tuesday – boasting 305 wins.

"I am as dedicated as anyone out there," Djokovic, playing his first match on grass this year, said in his interview on Centre Court. "Now that we're at 80, let's get to 100.

"I'm not one of the youngsters any more, but the love for this sport still burns in me and I try to play my best tennis at the grand slams and deliver my best at the best courts.

"I've said this before but this court is truly special. For me it has always been the court I dreamed of playing and winning and all my childhood dreams came true here.

"It's an honour and pleasure to be back on Centre Court. This sport has given me everything. I owe a lot to the sport and I love it still with all my heart." 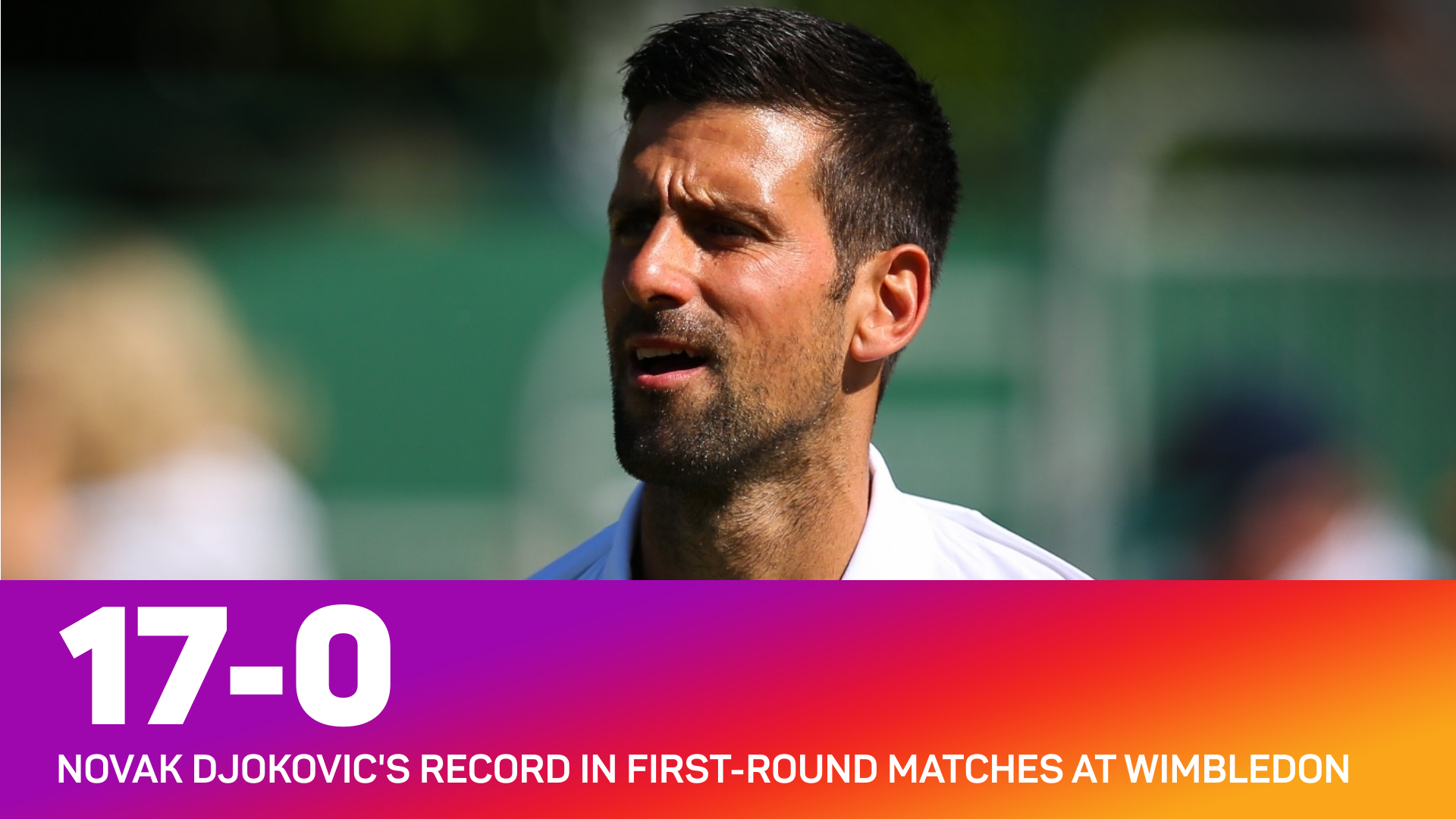