Defending champions West Indies could only must their second-lowest T20I score as they were humiliated by England.

England gained a measure of revenge by bowling sorry West Indies out for a paltry 55 as they thrashed the holders by six wickets in their first game of the T20 World Cup.

The Windies beat England in the 2016 World Cup final but humiliatingly crumbled to their second-lowest T20 International total in a totally one-sided Group 1 clash at the Dubai International Stadium on Saturday.

England had never beaten West Indies in their five previous T20 World Cup matches, however, they ended that record as the defending champions' embarrassing innings was over in 14.2 overs.

Tymal Mills was also hugely impressive in his first T20I for his country since February 2017, taking 2-17 as England were flawless in the field, holding some excellent catches.

Chris Gayle (13) was the only Windies batter to reach double figures, with Chris Woakes and Chris Jordan claiming a wicket apiece.

Akeal Hosein claimed 2-24 as Kieron Pollard's side showed great character in the field after being blown away by the England bowlers, but Jos Buttler made an unbeaten 24 as England sealed an emphatic victory with 70 balls to spare.

A crushing win for Eoin Morgan's side put them top of the group, level on points with Australia. 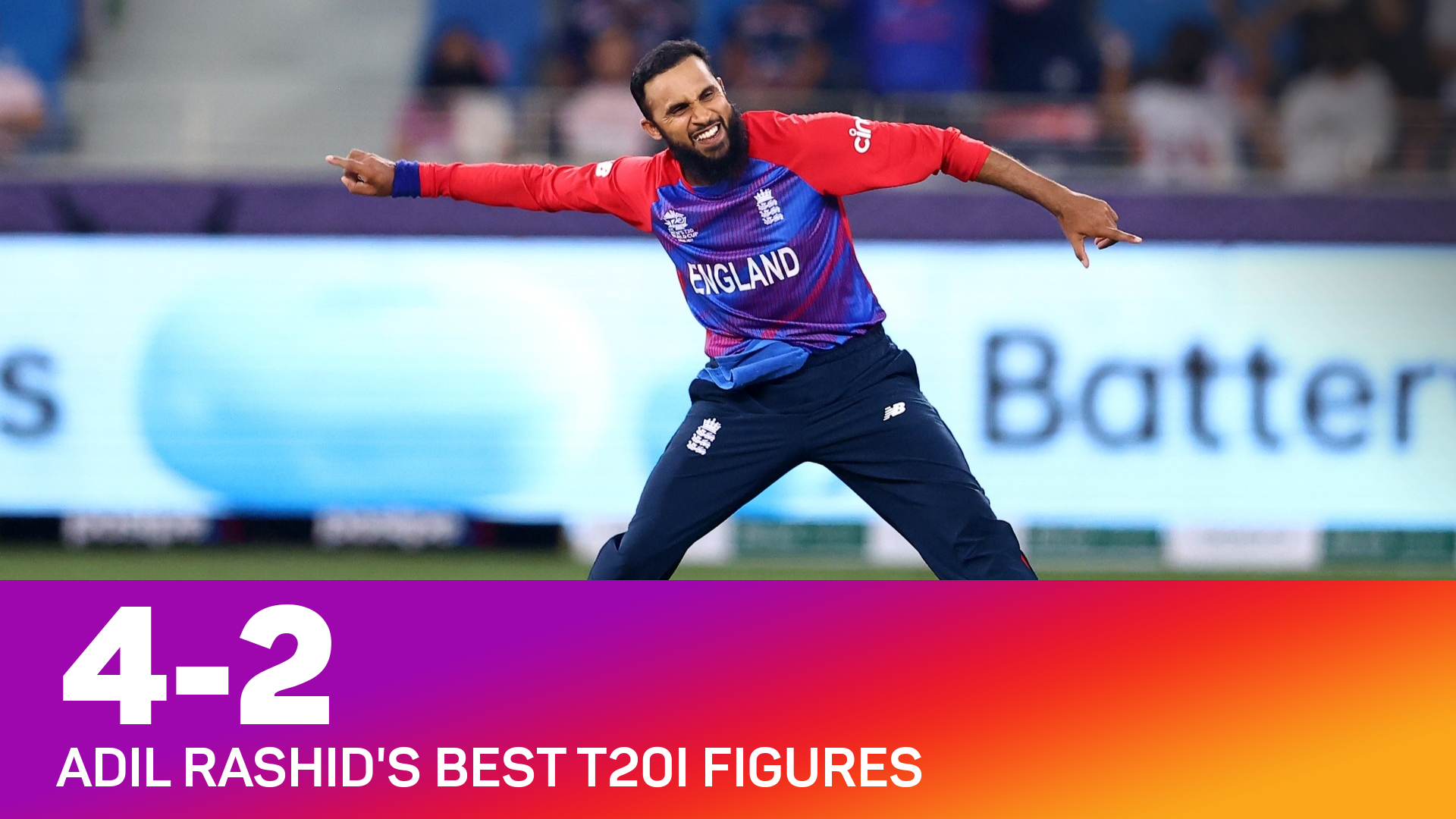 Moeen sets the tone, Rashid puts Windies out of their misery

Eoin Morgan's decision to open the bowling with Moeen proved to be a masterstroke, as he removed Lendl Simmons and Shimron Hetmyer after taking a great catch for Woakes - picked with Mark Wood out due to an ankle injury - to see the back of Evin Lewis

Moeen bowled 18 dot balls as he bowled four overs straight before Mills' pace and variety caused all sorts of problems. Rashid gave another demonstration that he is a world-class performer with the ball, claiming his four wickets off only 14 balls as the Windies folded.

West Indies had no answer to the skill of the England bowlers as they posted the second-lowest T20I score by a member nation and the lowest by a Test-playing side.

While Morgan led England superbly with his clear thinking in the field, the Windies lost their heads with some poor shots and must regroup ahead of meeting with South Africa on Tuesday.

Sebastien Haller was a Premier League flop at West Ham, but the striker has been a revelation for Ajax in the Champions League this season.

Barcelona know only a win guarantees them Champions League progression, though Xavi is optimistic about getting "revenge".

Paris Saint-Germain blew Club Brugge away with a scintillating first-half showing as Kylian Mbappe and Lionel Messi showed their class.

Manchester City had already secured qualification for the next round of the Champions League but suffered defeat in Leipzig.