Vinicius Junior has enjoyed a wonderful start to the season, but life is a little trickier for the out-of-favour Eden Hazard.

Carlo Ancelotti does not believe he deserves credit for Vinicius Junior's improvement, while the Real Madrid coach is backing Eden Hazard to find his best level again this season.

Karim Benzema has undoubtedly been Madrid's standout player this season, with the Frenchman's 19 goal involvements across all competitions bettered by only Mohamed Salah (20) in Europe's top five leagues, but Vinicius' form has also provided a real positive.

In each of his previous three seasons at Madrid, Vinicius had underperformed in relation to his expected goals (xG) value, backing up the idea he was wasteful and lacked the ability to be decisive.

This season, however, Vinicius has seven goals across all competitions from an xG value of 5.2, suggesting he is proving more reliable when presented with chances and also sniffing out greater opportunities in the first place.

With 10 goal involvements, Vinicius has already reached his total from last season and is just two behind his personal best of 12 for an entire campaign (2018-19).

Many have praised Ancelotti's influence for this, but the Italian insists he has not done "anything special".

"What I like the most is that he tries," Ancelotti told reporters ahead of Wednesday's clash with Osasuna. "He tries, whenever he can, and he does it with intensity.

"Regardless of quality, he works a lot. He has to improve without the ball, but he's humble, and he likes to work.

"What I do is work on motivation and less on the offensive aspect of his game, where I leave a lot to creativity. What stands out is his creativity with the ball.

"He is focused as a player. He's young, and at times he loses concentration with the fans – I tell him that he has to focus on the game and not on the surroundings.

"It is not a father-son relationship, I already have two children! It is the relationship you want to have with all the players. I try to keep him motivated, focused, but I don't do anything special." 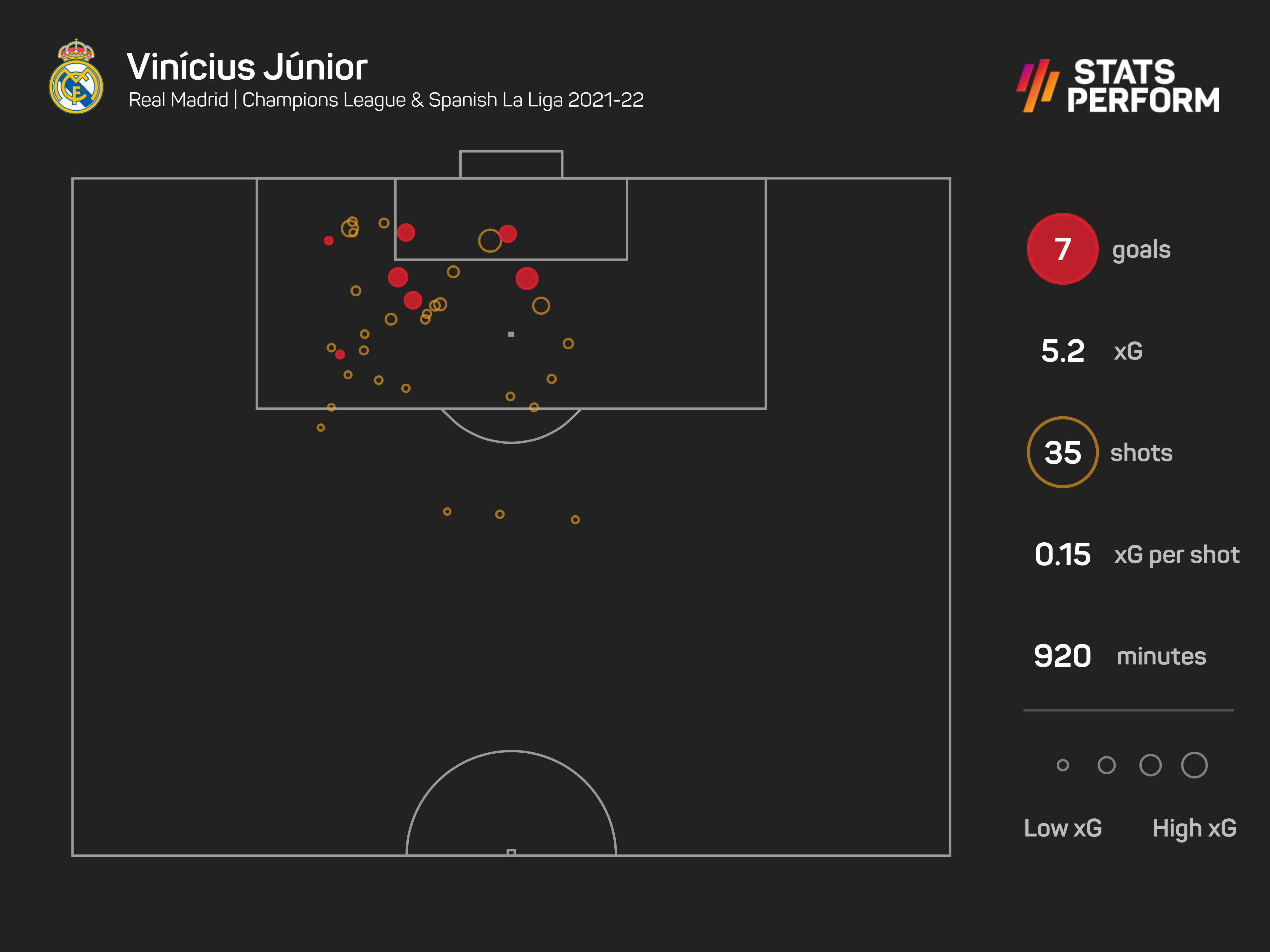 On the other hand, one Madrid wide player who is not thriving currently is Eden Hazard.

The Belgium forward's Madrid career has been devastated by injuries so far and, although he has mostly stayed fit this season, he has a lot of work on his hands to convince Ancelotti.

Hazard has made four LaLiga starts this term, but none of those have come in the past month, and he was an unused substitute for the weekend's Clasico win over Barcelona.

Ancelotti insists the former Chelsea star can get back to his best, however.

Asked if Hazard still had "star status", the coach replied: "He does not have this status because he has had many injuries. Little by little, he will have his best version.

"I am sure that this season we will see his best version and that he will play more than he is doing now. Hazard has it, everything: quality, motivation... He just has to wait. What happens is that sometimes the coach prefers other players.

"He can play 4-3-3 on the left, or 4-4-2 he can play wide, or behind the striker. He is ready to play, but the problem is that there is a coach who is betting on other players."

Gareth Bale will increase the competition for Hazard when he returns, though the Wales winger is still a couple of weeks away from making his comeback, as Ancelotti has earmarked the visit of Rayo Vallecano on November 6.

"Gareth Bale was discharged yesterday and I think that in a week he will be able to train with the team," Ancelotti said. "Maybe he can be involved against Rayo Vallecano."