Jadon Sancho has yet to score or assist for Manchester United in 11 games, but Jurgen Klopp is a big fan of the ex-Borussia Dortmund player.

Liverpool boss Jurgen Klopp insists Jadon Sancho can prove himself as a "world-class talent" at Manchester United, despite a slow start to his Old Trafford career.

England international Sancho has been restricted to three Premier League starts since joining United from Borussia Dortmund in an €85million (£73m) deal ahead of this season.

The 21-year-old featured in all but one of the Red Devils' 12 games this term, starting half of those, but is so far without a goal or an assist for his new club.

That is in stark contrast to Sancho's form across his four seasons as part of Dortmund's first team when scoring 50 goals and assisting 57 more across 137 appearances.

Sancho has gone from averaging 2.59 chances per 90 minutes with the German side to 1.91 for United, leading to inevitable suggestions that he may be a flop signing.

But former Dortmund boss head coach Klopp has no doubt the Manchester City academy product will come good if given time to adapt on his return to English football.

"Jadon Sancho is a world-class talent, definitely," Klopp said ahead of Sunday's huge showdown between Liverpool and United.

"He has all the things you need to become really one of the best players in the world in the future, that's how it is. But he's still very young.

"At Dortmund they were full of praise about him and rightly so. I saw a lot of games of him playing outstandingly well.

"Some people lose patience a little bit quickly – and don't forget the options United have in this position." 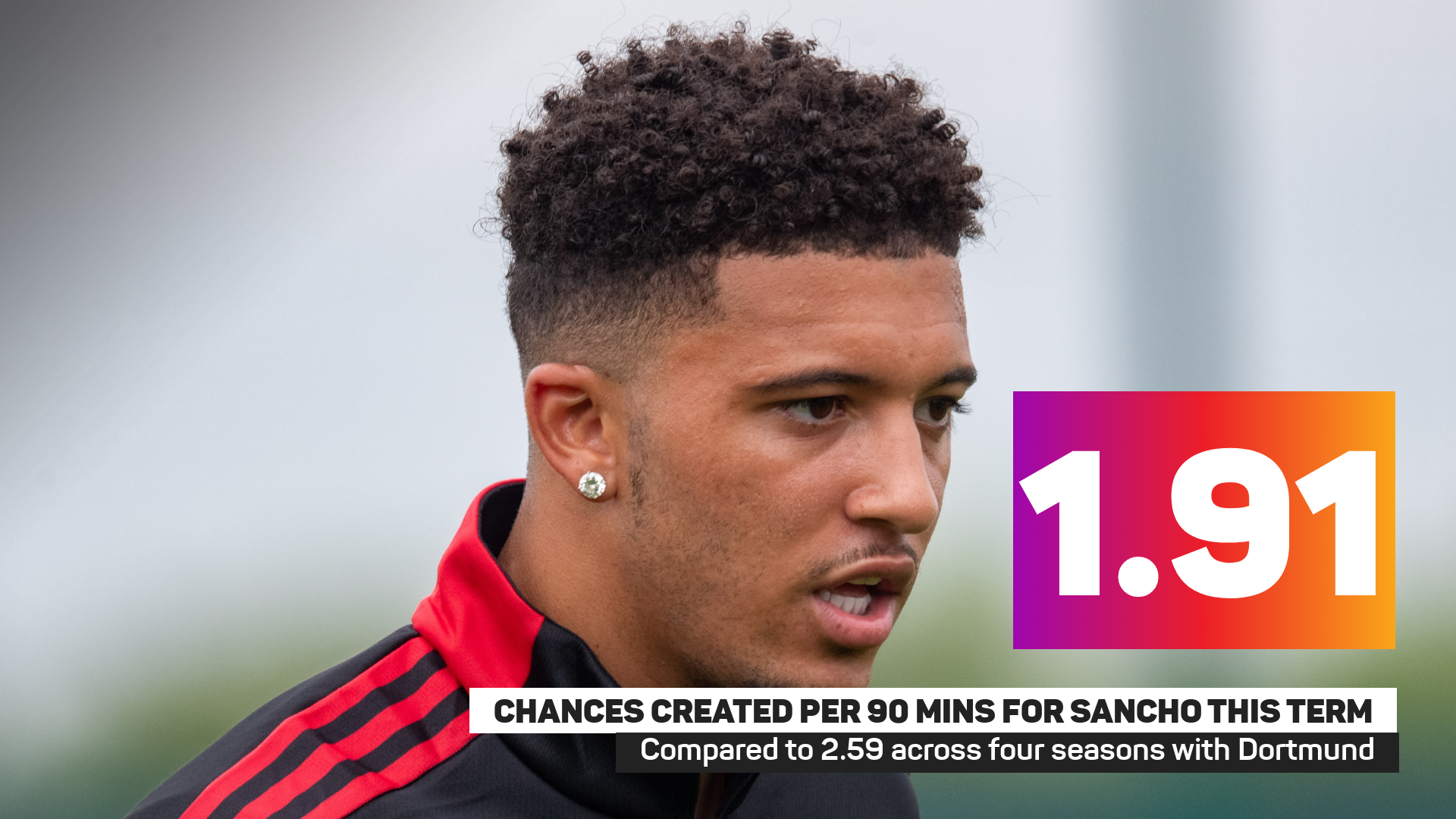 Sancho will be pushing for a starting spot when United host Liverpool but faces competition from the likes of Marcus Rashford and Mason Greenwood.

In the Premier League era, only Wayne Rooney (six goals) has scored more times for United against Liverpool than Rashford, who has four goals in eight appearances.

Greenwood has impressed with four goals in eight league games this season, meanwhile, and Klopp was full of praise for the youngster.

"Wow! What a talent he is," the German said. "I think he has maybe pushed Jadon out of position.

"Mason can play in the centre, but there is no space any more, so maybe they will share. It's a problem that you want to have as a manager, 100 per cent."

Injured forward Edinson Cavani reveals he spent the international break in Uruguay in an attempt to speed up his Manchester United return.