Juventus head coach Massimiliano Allegri confirmed he will rotate his side against Malmo, though Paulo Dybala will start for the Bianconeri.

Juve have already secured qualification for the next round of the Champions League, level on 12 points with Chelsea at the top of Group H heading into the final matchday.

Chelsea visit Zenit on Wednesday and Juve host Malmo, who have won just one of their last eight meetings with Italian opposition in Europe's premier competition, but Allegri confirmed he would make mass changes despite top spot being up for grabs.

"We will see how [Moise] Kean is doing after he took a hit on Sunday. [Mattia] De Sciglio is back and I hope to give him a few minutes. We have to close the group well to prepare for the league match [at Venezia on Saturday].

"Arthur is fine and we'll see tomorrow morning because I have [Dejan] Kulusevski out and we only have [Federico] Bernardeschi as a winger. Let's see if we can play with three midfielders." 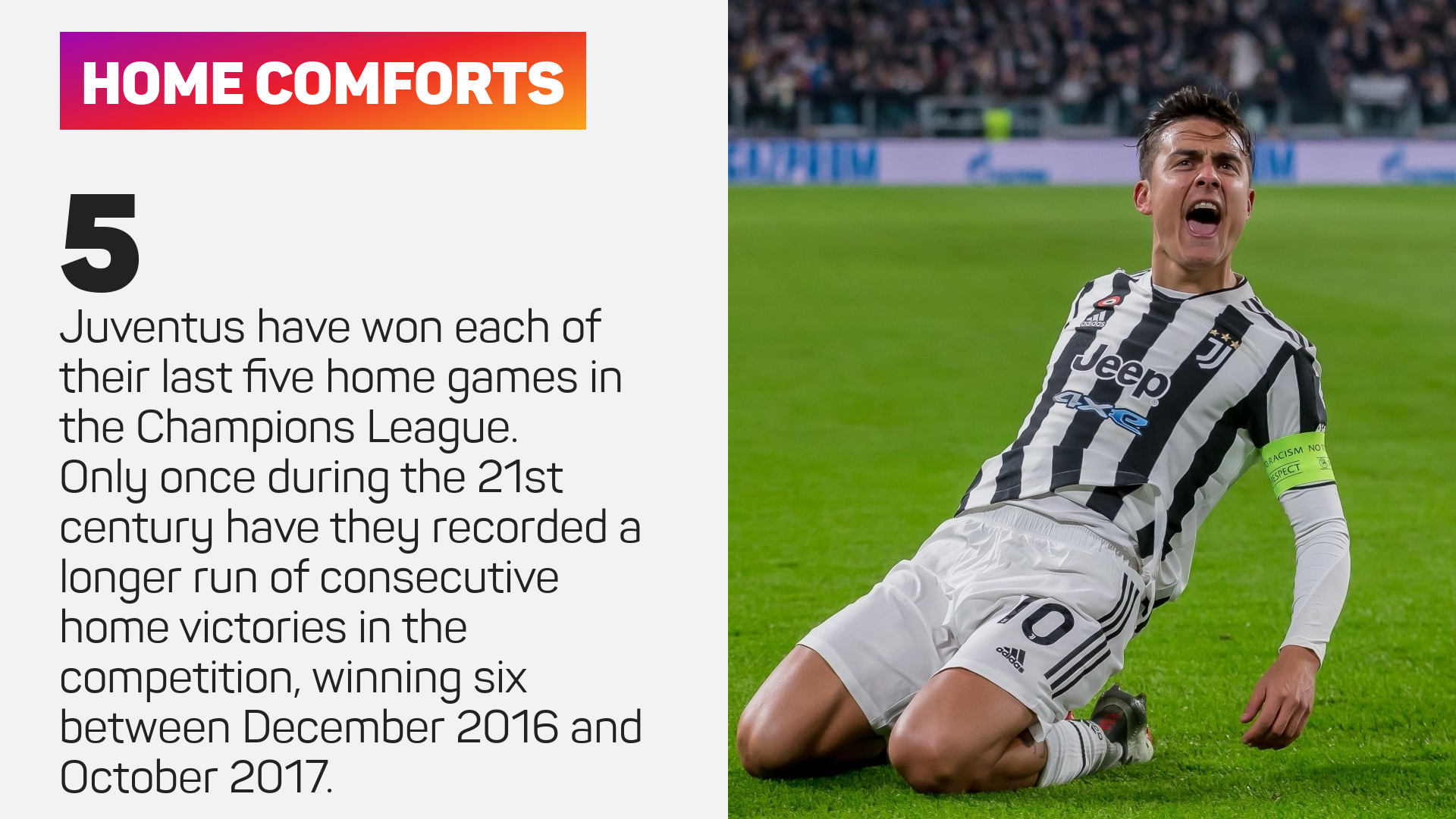 Allegri also confirmed that talisman Dybala, who has been directly involved in seven goals in as many Champions League appearances, would start after scoring in consecutive league games against Salernitana and Genoa.

"Paulo is fine, he'll be available tomorrow and he doesn't need to rest," Allegri added. "He's been out for a long time and he needs to play."

Asked whether finishing first or second in the group would make a difference for the next round of the competition, Allegri responded: "Apart from Liverpool, City and Bayern Munich the other things are still to be seen.

"We need to be lucky in the draw. It is important to have passed this round then let's see who gets us."

Juve are 11 points behind Serie A leaders Milan and seven behind Atalanta in the final Champions League qualification spot but Allegri insisted he is not concerned about being behind the pace at this point.

"When we win we are better, we train better, we are more serene," he continued. "We play and train to win all the games. And when we win the games, we work more peacefully, which is the most important thing.

"We take one step at a time. In the league we are behind, the four in front are travelling at an impressive rate. We can only try to win as many games as possible and hope that they falter in front but right now they are not failing."

Sadio Mane revealed he was taken to hospital after a clash of heads with Cape Verde's Vozinha, but the forward insisted that "all is well".