American Danielle Collins needed just 78 minutes to march into her maiden major final at the expense of the 2020 French Open champion.

Playing in only her second major semi-final at the age of 28, an assured Collins rose to the occasion to win 6-4 6-1 in dominant fashion on Rod Laver Arena.

The 27th seed from the United States was beaten by Petra Kvitova in the last four of the first grand slam of the year at Melbourne Park three years ago, but she was not to be denied on this occasion.

Swiatek was unable to become the first Polish woman to reach the final of this tournament, struggling with her serve from the start as her bid to win a second grand slam title came to a halt and Collins booked a showdown with world number one Barty on Saturday.

Collins capitalised on a shaky start from the 2020 French Open champion, breaking when the seventh seed sprayed a forehand long after double-faulting in a poor first service game.

An aggressive Collins was a double-break up at 3-0 after her out-of-sorts opponent drilled a backhand wide, but Swiatek sprung into life, winning back-to-back games to reduce the deficit to 4-2.

Swiatek trailed 5-2 after being broken for a third time as she struggled with her second serve and although Collins failed to serve out the set at the first attempt, she made no mistake second time around after firing down two aces.

The Florida native was in the zone, staying on her feet during changeovers, and she struck another blow by breaking in the first game of the second set with a cross-court backhand winner.

Swiatek's frustration mounted as her service woes continued, Collins near flawless with her backhand a potent weapon as she broke again to lead 3-0.

The ice-cool world number 30 showed not a hint of nerves, finishing off the job with another break after earning two match points with a glorious forehand winner and forcing a backhand error from Swiatek to move into the final. 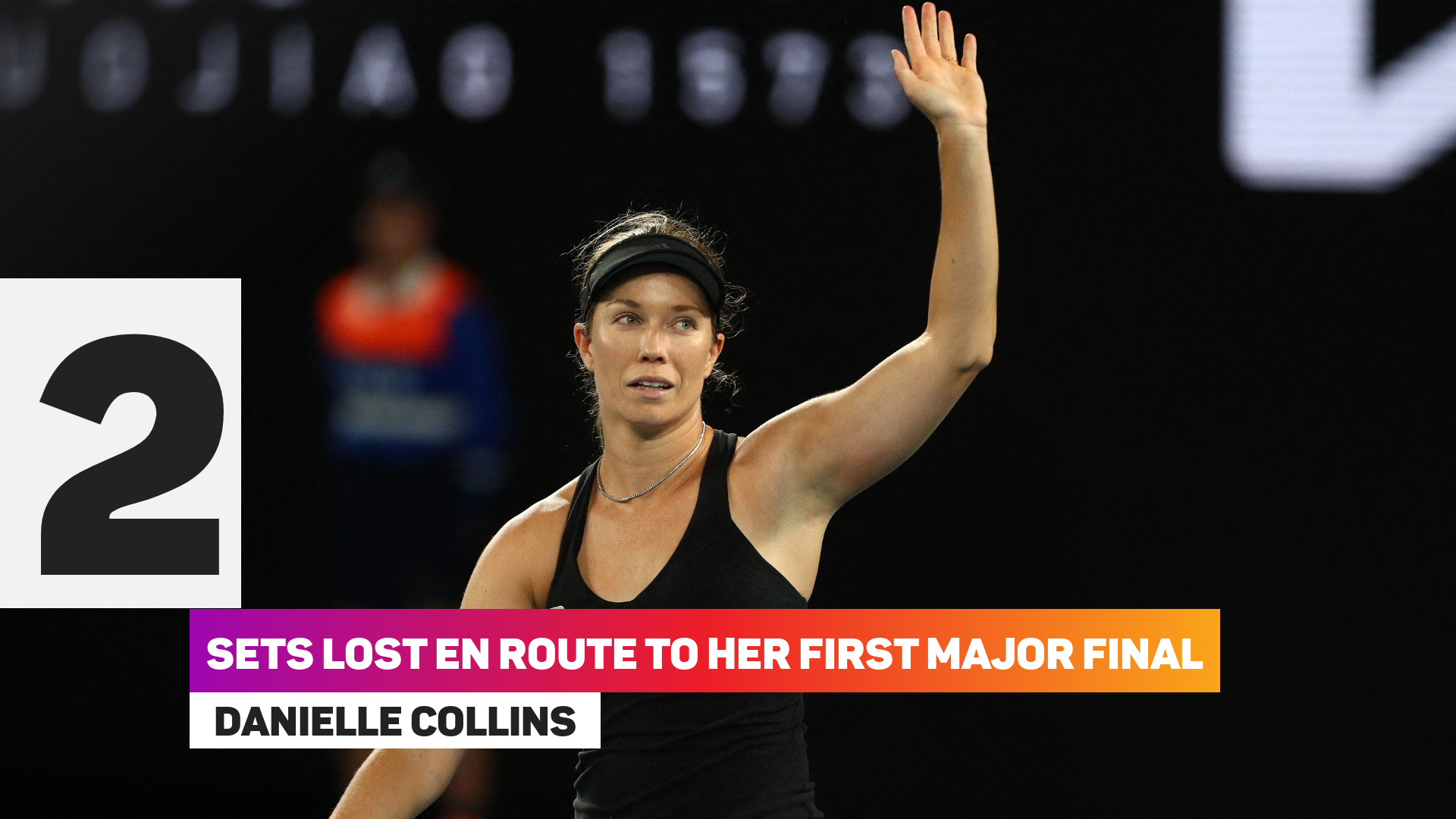 DATA SLAM: Imperious Collins a class apart as Swiatek is let down by her serve

While Collins was at her very best in a brilliant performance, Swiatek looked like she did not know what had hit her.

Swiatek won only three of the 21 points behind her tentative second serve after landing only 60 per cent of her first serves in, and the 20-year-old fell into the trap of feeding Collins' dangerous backhand far too often.