Monday sees the conclusion of Group A of the Africa Cup of Nations, with three sides still hoping to reach the knockouts.

While host nation Cameroon have already secured their last-16 spot, any of Burkina Faso, Cape Verde and Ethiopia could yet join them in the next round.

Ethiopia's qualification would truly seem miraculous given they lost their opening two games and have failed to win any of their previous 10 matches in this competition.

Yet in a tournament that has already seen a few shocks, few would rule out another famous result.

Ethiopia are on a four-match losing run at the AFCON, and they have only once endured a longer such streak, losing five in a row between 1968 and 1970.

They also suffered a 4-0 defeat to Burkina Faso in the only previous meeting of these sides in this competition, in what was the Stallions' biggest victory in the tournament.

However, despite losing 1-0 to Cape Verde and 4-1 to Cameroon at these finals, Wubetu Abate's men can still clinch a top-two finish with a win on matchday three. A high-scoring win would see them snatch second place should the hosts win the other game, while they could still end up as one of the top four third-place finishers.

"We did everything to put in a good match and a good performance against Cameroon," said Abate. "We scored a goal early in the game but couldn't keep the score in our favour.

"We are learning in the big competitions. Experience has made the difference between us and the Cameroon team. Each match has its characteristics. The matches are different but we try to show our abilities and play good football."

One to watch: Gustavo Sangare

Burkina Faso could finish second even with a defeat as long as Cape Verde lose, but the man best placed to get them all three points could be Sangare. Scorer of the opening goal of the tournament against Cameroon, he has attempted more shots (four) and created more chances (six) than any other player for his side. 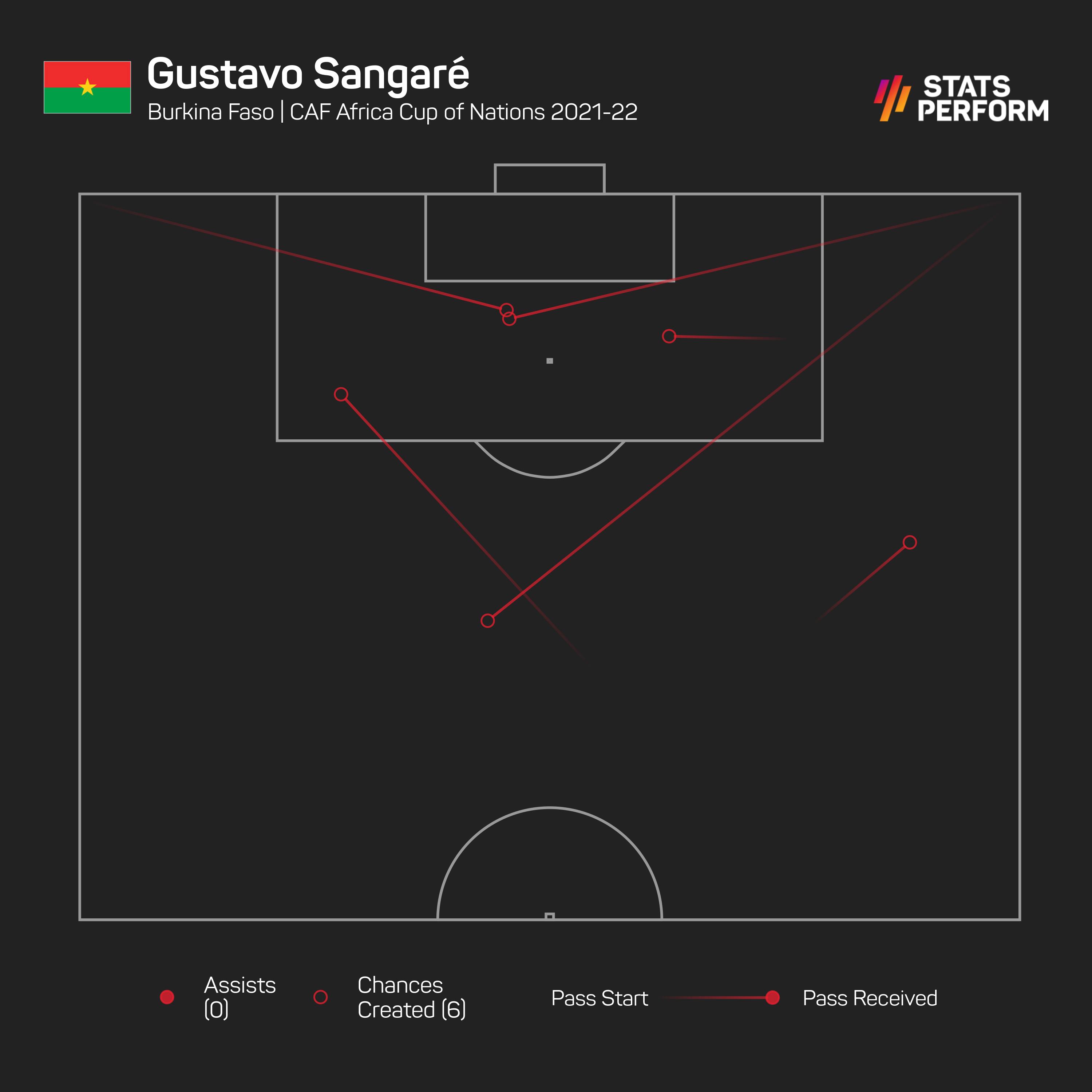 Although they have twice had to come from behind, Cameroon have looked impressive in these finals, their 4-1 thrashing of Ethiopia guaranteeing their spot in the last 16.

Should Toni Conceicao choose to rest any of his stars, this could prove to be a far trickier test given Cape Verde's recent defensive record.

They had lost only once in their previous eight AFCON matches before a 1-0 defeat to Burkina Faso, and that was the only time in their most recent four games in the competition in which they conceded a goal. They have faced difficulties in the opposition box, though, failing to score in three of their past four AFCON matches.

There is plenty to admire about Cape Verde's approach, even if goals have been a little hard to come by. They have recorded more sequences of 10 passes or more than any side at these finals (24), while a high-pressing approach has yielded 13 high turnovers, a figure bettered by only four teams.

One to watch: Kenny Rocha Santos 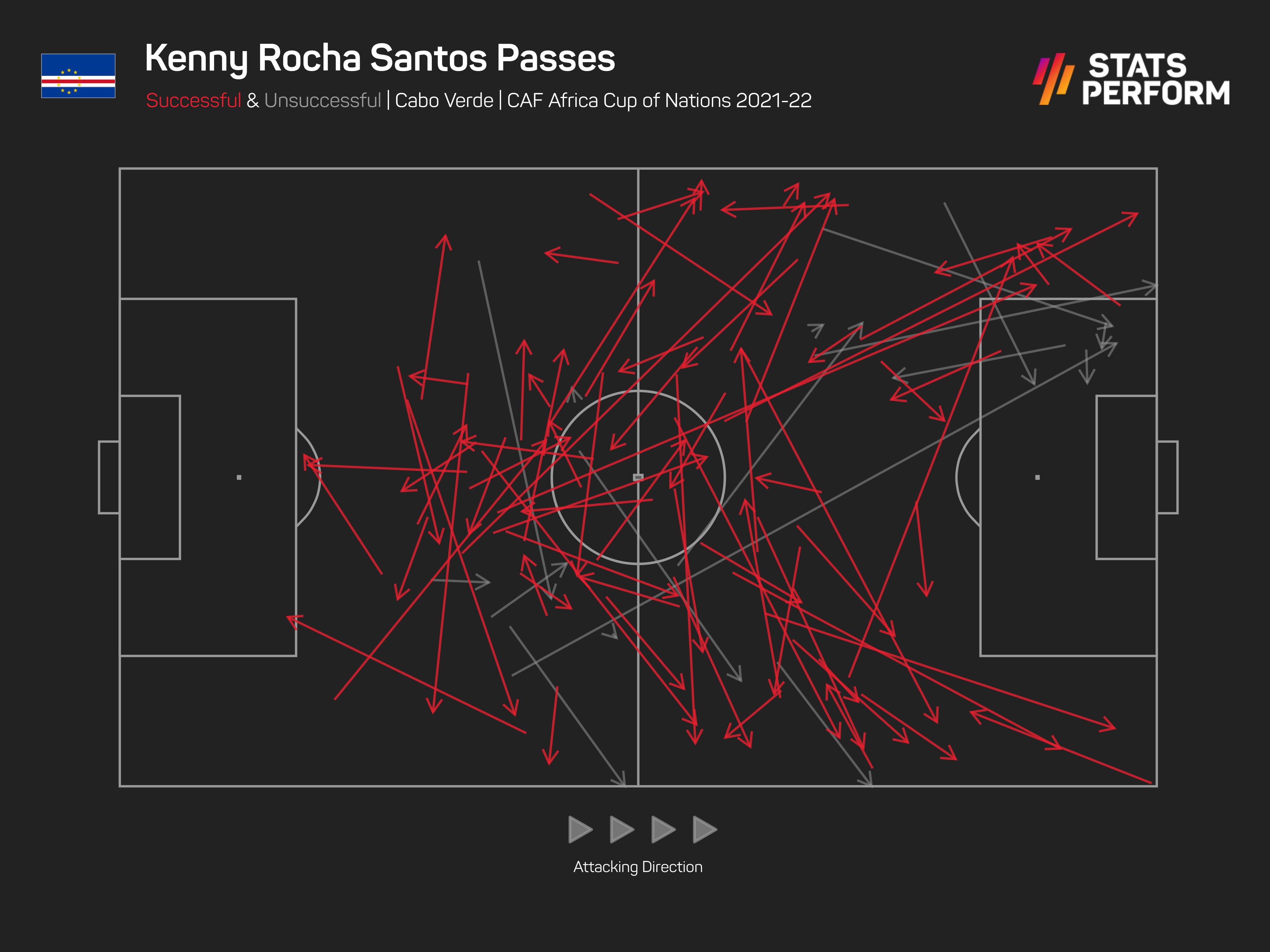 The Boston Celtics and Dallas Mavericks advanced to respective conference finals, defeating the Milwaukee Bucks and Phoenix Suns on Sunday.

Tomljanovic cruises through in Morocco as Linette progresses in Strasbourg

Ajla Tomljanovic cruised through to the round-of-16 in Morocco, where ninth seed Rebecca Peterson was stunned by 16-year-old Petra Marcinko.

Simone Inzaghi was involved in a dramatic final-day title win as a Lazio player, and believes his Inter team can repeat the trick next week.

South Korea's Lee Kyoung-hoon had the best round of his career to edge out Jordan Spieth by one stroke at the AT&T Byron Nelson.

'Now things have to be corrected' – Xavi aiming for Barcelona resurgence

Barcelona will remain 12 points off Real Madrid coming into the final LaLiga round, following their goalless draw with Getafe on Sunday.

Riyad Mahrez had become Manchester City's Mr Dependable from the penalty spot, but a rare miss from him offered Liverpool fresh title hope.

There was a victory for Adrian Mannarino on home soil in Lyon on Sunday as he consigned Aslan Karatsev to a first-round defeat.

Paris Saint-Germain's Kylian Mbappe has revealed he will end months of speculation over his future before June's international fixtures.

Luis Suarez was close to tears at his final home game with Atletico Madrid, the team he joined after being discarded by Barcelona in 2020.

After arguably being outplayed by Cadiz in Sunday's 1-1 draw, Carlo Ancelotti spoke about the struggles of picking his best XI.