Paris 2024 and potentially Los Angeles 2028 are on the radar for now three-time Olympic champion Max Whitlock.

Max Whitlock is already looking to Paris and potentially beyond after becoming a three-time Olympic champion by defending his pommel horse gold at Tokyo 2020.

The Team GB gymnast was up first and produced an outstanding performance, scoring 15.583 and ensuring the pressure was on his rivals at the Ariake Gymnastics Centre.

Lee Chih-kai of Chinese Taipei fell short with a score of 15.400, while home favourite Kazuma Kaya secured the bronze.

This marks Whitlock's third Games, with his first at London 2012 yielding two bronze medals before he won two golds and a bronze in Rio five years ago.

The postponement of these Olympics due to the coronavirus pandemic means there are only three years until Paris 2024. Whitlock believes that will ultimately play into his favour, while he has not fully ruled out competing in Los Angeles in seven years' time.

"I was thinking that [about competing in Paris] before Tokyo even started. I would really, really love to make it four Olympic Games," he told a round-table of journalists.

"I feel very proud to have done my third and you obviously get the results to go with it, the three-year cycle helps me out – I'm 28 years old now, every year that goes by it gets harder and harder, there's no doubt about that.

"But a three-year cycle can help me out a lot. Competitions will come around in no time, I know that, and Paris will be here before we know it.

"Hopefully, I'd love to look towards that, then who knows? At that point in my career, being completely honest, I'd have to look how the British team is faring up and see if there's an opening for me to give LA a shot. We'll see how the team is looking." 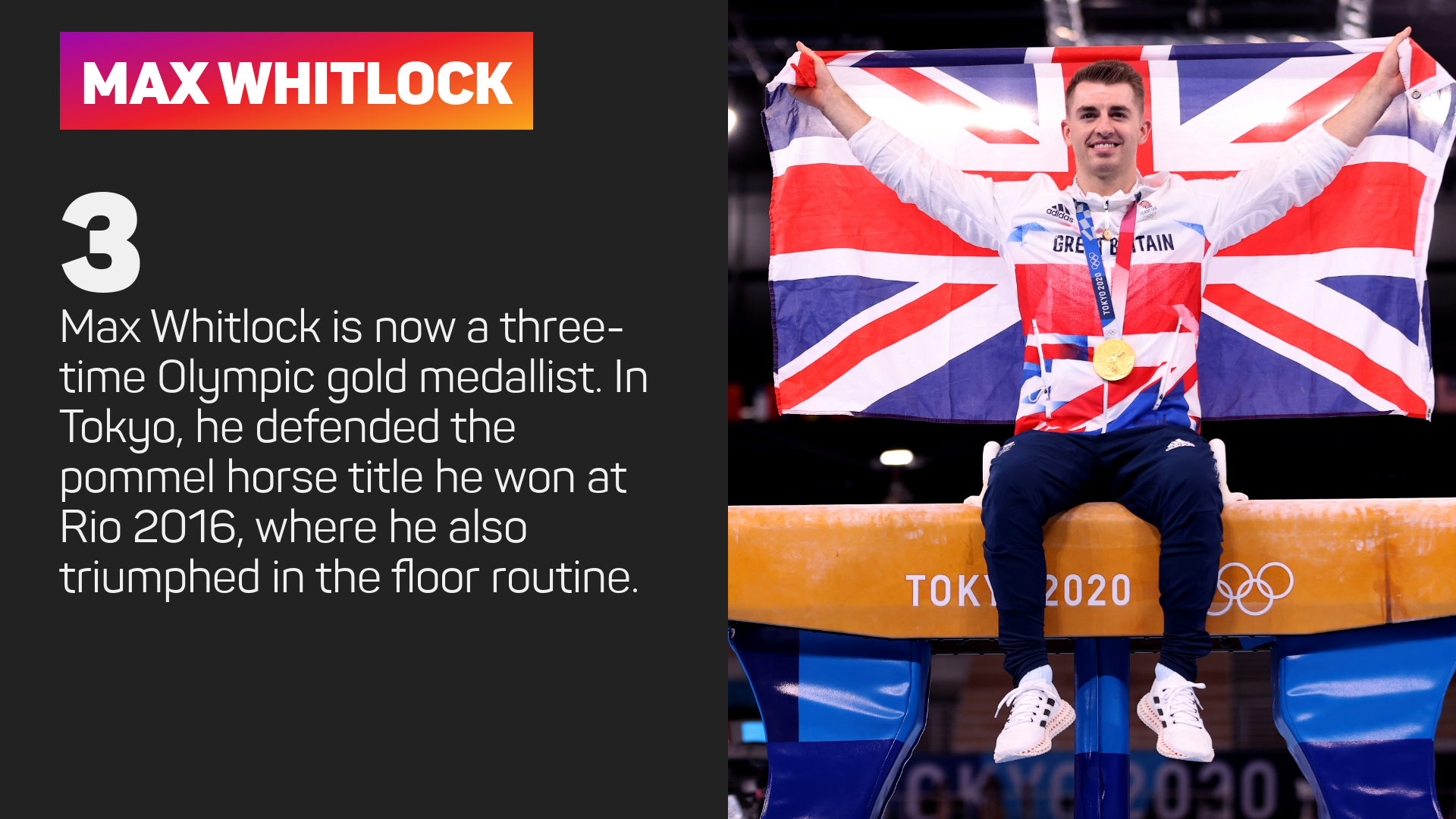 As part of his preparations for Tokyo, Whitlock would train in empty gyms back at home to prepare for the absence of spectators.

While he was disappointed for fans not to be present, Whitlock insists the rush of winning was just as big as it was in Rio.

"I mean it's a huge shame no fans were there, there's no doubt about that, I think every athlete would agree," he added.

"But there was still atmosphere which is incredible. It was quieter, obviously, but the feeling was no different to what it would have been with fans because it's the result that means so much to you, with the routine and the performance - I still got that amazing feeling which is incredible.

Whitlock has been away from his wife Leah and daughter Willow for around a month, due to pre-Games preparations and training camps.

He said his family help to keep things in perspective when the pressure of competition mounts.

"I've spoken to them all, they're massively proud. They can't believe it as much as me," he said. "It's been a bit of a surreal moment and a crazy journey to get to this point, it really has been.

"To go and do that I feel like the pressure was massively, massively on this time. It's probably the most nervous I've felt before any competition I've ever done in my whole life. To pull it off I'm really, really pleased. I literally cannot wait to get home and see everybody.

"I think it puts a lot of things into perspective. One of the things I spoke to Leah about before I went out to compete, she could kind of tell I was massively nervous. She said, 'Remember, it's gymnastics'.

"I think that's what it does, I think it puts a lot of things into perspective, facetiming my whole family and Willow running around playing with her cousins, which is amazing.

"They've massively helped me put a lot of things into perspective because sport can be intense and can be hard at times. I think having your mind in the right place before you compete is massively important."