Phil Foden was an unused substitute against the United States, but the England midfielder now looks set to start against Wales.

Gareth Southgate says Phil Foden will "play a big part" in the remainder of England's World Cup campaign, despite the midfielder's limited playing time so far.

Foden came on for the final 19 minutes of England's 6-2 win over Iran in their Group B opener and was an unused substitute in the goalless draw with the United States.

Southgate was criticised for not turning to the Manchester City star during a poor display from the Three Lions against the USA.

The England manager defended his decision after the drab stalemate, but Foden now looks set to play a more prominent role, possibly starting with Tuesday's clash against Wales.

"We love Phil, he's a super player," Southgate told BBC Sport. "He's going to play a big part in this tournament for us.

"Phil's mentality to training and the way he's approaching everything is excellent."

Foden has played 20 matches for City this season – only Joao Cancelo (21) and Bernardo Silva (22) have featured more regularly under Pep Guardiola this term.

He has scored eight times and assisted a further three goals, and Southgate has talked up the 22-year-old's versatility in midfield and attack.

"There are different possibilities. He can play on either flank and can play as a false nine if we chose to do that," Southgate said.

"He can play off a striker, although he doesn't do that as much at club level so that's maybe applicable to certain games or certain moments.

"He's a very flexible player in terms of the attributes he has and where he can have an impact. He's a goal threat, which is also very important." 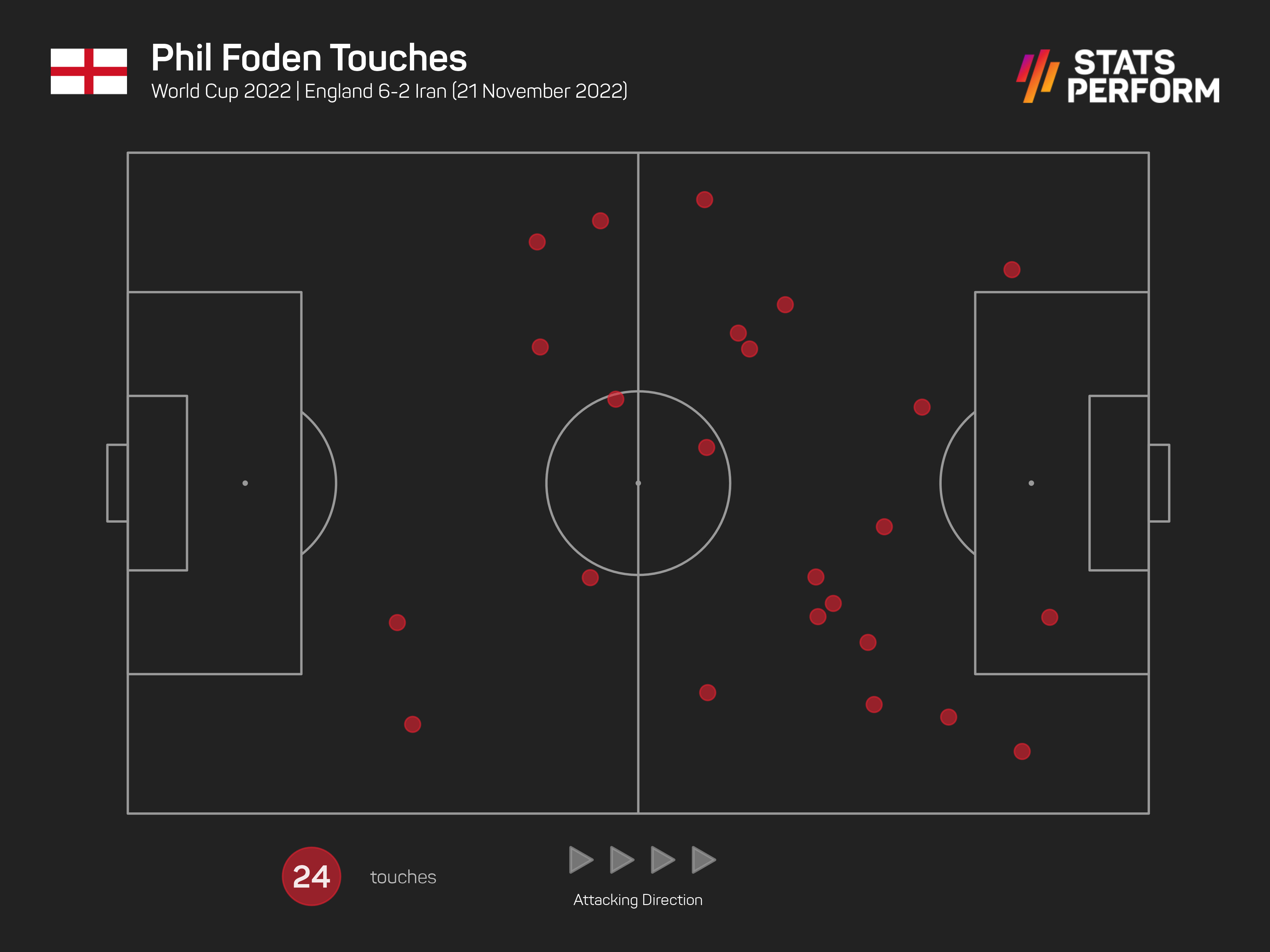 England will advance to the last 16 should they avoid a four-goal loss to Wales, though Southgate will be targeting a victory to secure top spot in Group B.

The match at Ahmed bin Ali Stadium will be England's first against a fellow British side at the World Cup, but Southgate does not believe that brings extra pressure.

"None more than normal," he said. "We recognise this is a game with a lot of focus because it's a local derby, but we're England – everyone wants to beat us.

"There are high expectations every time we're on the pitch. We've got to focus on playing as well as we can while showing the composure and ruthlessness needed to win."

England have won each of their past six games against Wales, scoring 11 goals in that run and conceding only one – a Gareth Bale free-kick at Euro 2016.