Juventus v Milan: Szczesny and defences in spotlight as Serie A history beckons

Juventus and Milan clash on Sunday amid contrasting form in Italy's top flight. Stats Perform takes a look at the key questions.

For so long, Juventus dominated Serie A and Milan.

Juve won nine successive Scudetti before being dethroned by Inter last season. Gianluigi Buffon was involved in eight of them.

But it's a period of change in Turin, where Wojciech Szczesny is well and truly under the microscope after an error-riddled start to the 2021-22 season.

As Juve struggle defensively, form could hardly be more contrasting heading into Sunday's blockbuster showdown in the northwest of Italy.

Milan have continued to be a solid defensive outfit, winning their opening three league fixtures, and the resurgent Rossoneri could strike an early dagger to the heart of the Old Lady.

"I think Juventus will regret not signing Donnarumma for a long time."

That was Mino Raiola – the agent of Paris Saint-Germain goalkeeper Gianluigi Donnarumma – speaking to Rai Sport on Friday. Based on what has transpired so far, he is right.

The star Italy goalkeeper had been tipped to swap Milan for Juve in the off-season before moving to the French capital on a free transfer. Juve must be shaking their heads after watching Szczesny's torrid start to the season under Massimiliano Allegri.

Allegri has had his hands full since returning to Allianz Stadium after two seasons away, replacing Andrea Pirlo. The title-winning boss is trying to navigate the exit of superstar Cristiano Ronaldo. If the departure of the almost-irreplaceable Ronaldo was not hard enough, Szczesny has made life even more difficult.

The former Arsenal keeper has been in the headlines for all the wrong reasons, his two howlers against Udinese and Napoli the catalyst for Juve's winless start to the campaign.

The Bianconeri could go without a victory in their first four Serie A seasonal matches for the fourth time in their history, after 1961-62, 1955-56 and 1942-43. In those campaigns, Juve did not go on to win the title. They have never lost three of the first four Serie A games in a season.

They have conceded five goals in three matches and are yet to keep a clean sheet domestically, shipping goals in each of their past 17 league games – only twice have Juve conceded in more consecutive Serie A fixtures (19 in 2010 and 21 in 1955). That 17-game run is the worst of its kind across the top-five European leagues since March. 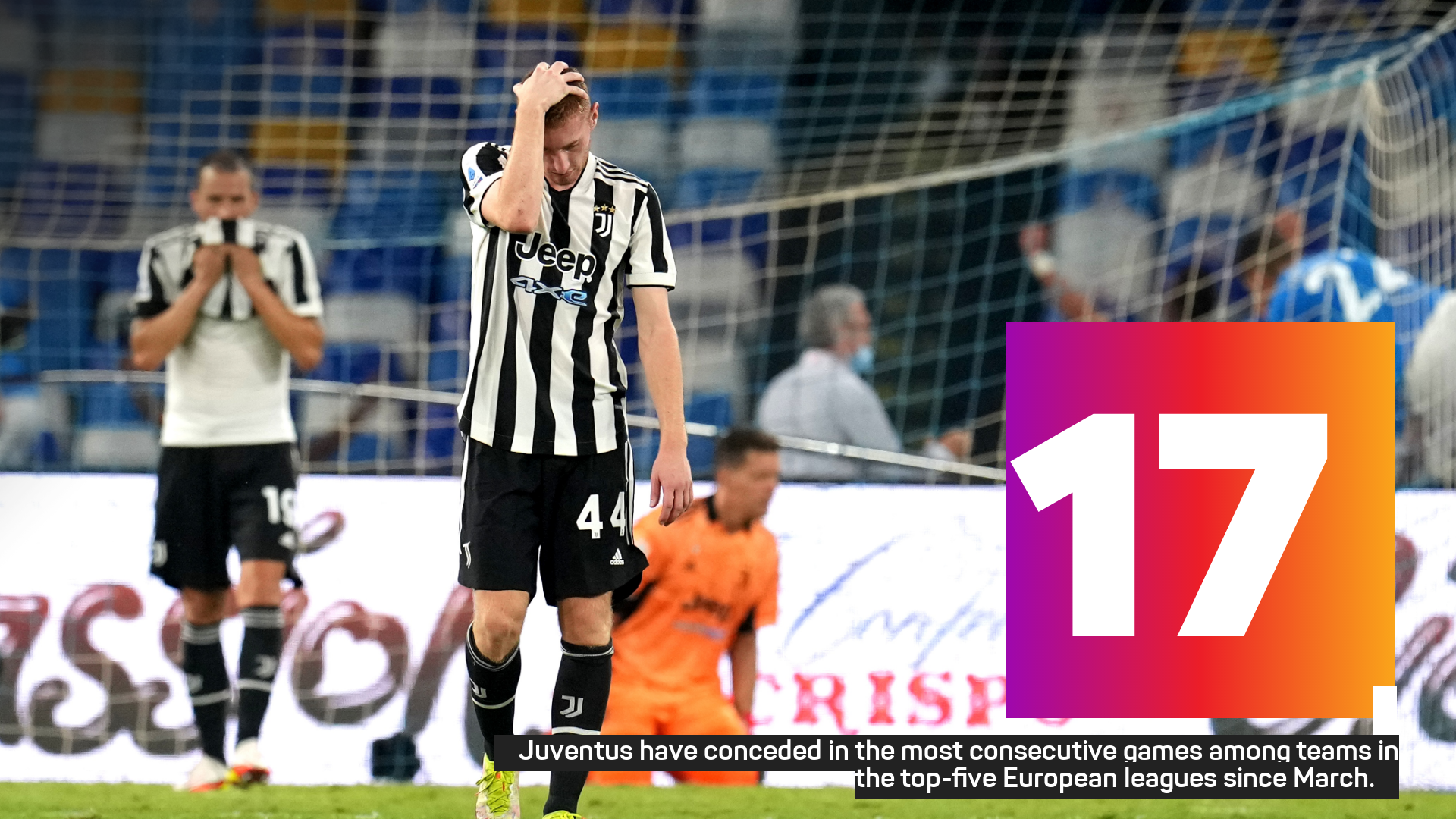 Szczesny's numbers do not make for pretty reading.

Since 2018-19, the Poland international has conceded 90 goals in 90 Serie A appearances with expected goals against (xGA) of 99.88, suggesting he should have let in nearly 10 goals more. For some comparison, Buffon's xGA-goals conceded difference – goals he prevented, in other words –was 2.62 from 17 matches, so Szczesny holds his own there.

When Milan refused to meet Donnarumma's demands, they wasted little time turning to Maignan, who had just led Lille to a shock Ligue 1 title after upstaging PSG.

Maignan has been a steady presence in Milan with a joint-league-high two clean sheets, while the France international tops the list in save percentage (90), well ahead of Szczesny (66.67).

Kjaer spearheading Milan back to summit

In the era of three points per win, Milan have won each of their first four Serie A seasonal games only twice: in 1995-96 under Fabio Capello and last season with Stefano Pioli at the helm. The Rossoneri won the title in 1996, while they finished second to Inter in 2020-21.

High-flying Milan are on the cusp of matching that feat thanks to the help of Kjaer and Tomori and perhaps even more than that as the resurgent powerhouse dream of a first Scudetto since 2011.

Kjaer and Tomori have formed an unlikely but rock-solid partnership at the heart of Milan's defence. Pioli's side have only conceded one goal to start the Serie A season. Since last May, Milan have the most clean sheets in the big five European leagues (seven in eight matches).

The pair's form has left captain Alessio Romagnoli sidelined and considering his future – not something you would have anticipated when Kjaer arrived following a brief spell at Atalanta, initially on loan in 2020.

Kjaer has come into his own in Milan, establishing himself as a key member on and off the pitch under Pioli, tallying 178 clearances in the league since January 2020 – a number only behind Torino's Bremer (219), Omar Colley of Sampdoria (214), Fiorentina star Nikola Milenkovic (205), ex-Viola centre-back German Pezzella (191) and Lazio's Francesco Acerbi (190) among defenders. 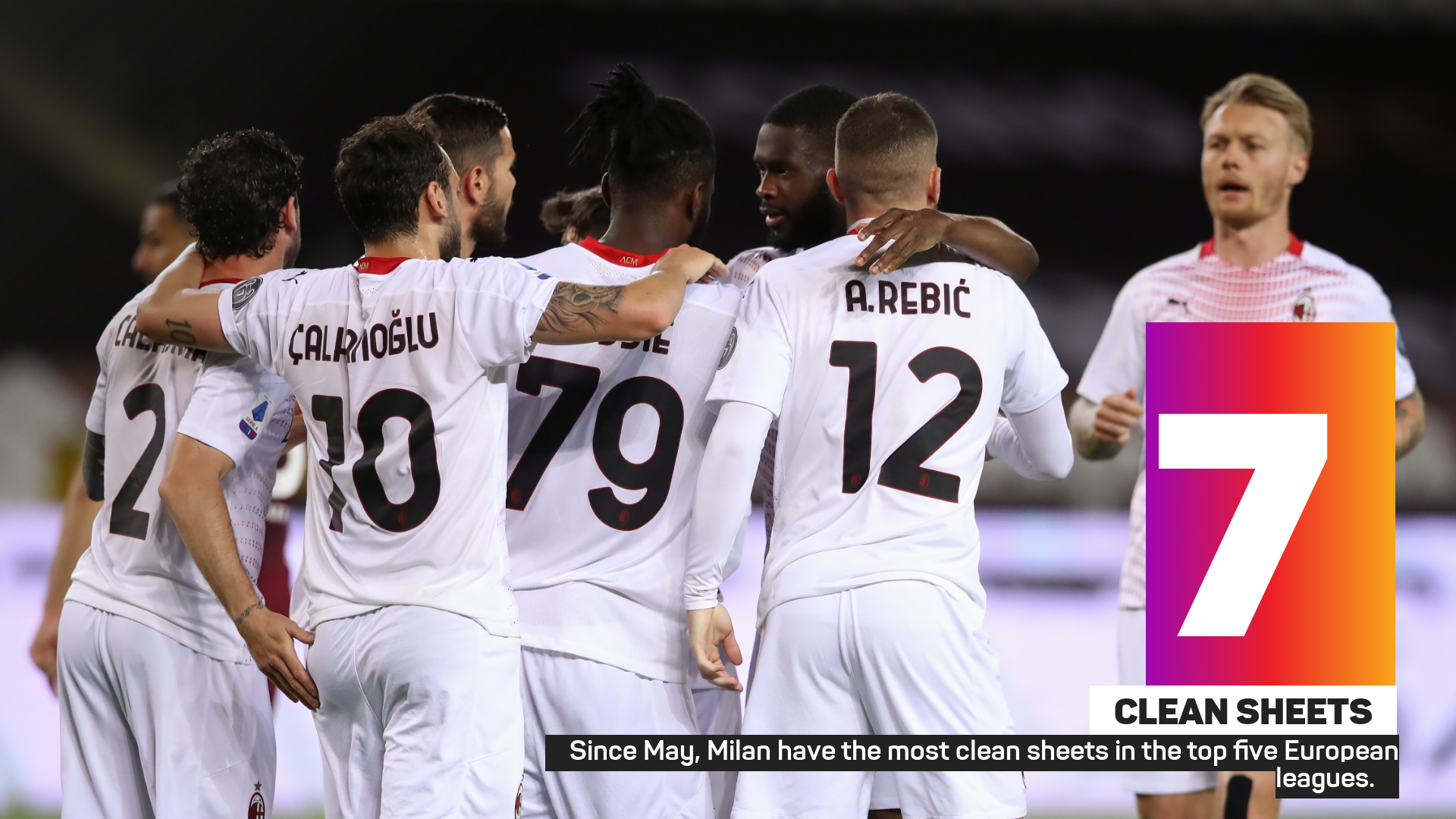 The 32-year-old Denmark international has also provided security in the air, with his 93 headed clearances the fourth most among defenders since January 2020, after Milenkovic (122), Bremer (119) and Colley (103).

"It happens a lot with defenders that they kind of find their own style later on. That has happened with Simon," former Denmark international Jesper Olsen told Stats Perform.

"You're playing at a top team and expected to do really well. We know your last game played doesn't count anymore, it's the next one. He just seems very settled."

Tomori, who completed a permanent switch from Champions League holders Chelsea in July after impressing on loan, scored the last time these two teams met – a 3-0 victory in Turin in May.

Milan have won two of their most recent three Serie A matches against Juventus, as many as in their previous 17 (D1 L14).

The Philadelphia 76ers standoff with Ben Simmons is showing no signs of abating, with general manager Daryl Morey revealing it may drag on.