Julen Lopetegui has come a long way. Very little highlights that more than the fact he has been mentioned as a potential long-term successor to Ole Gunnar Solskjaer at Manchester United.

While such a move probably won't occur, with Mauricio Pochettino seemingly the likeliest to walk through the door at Old Trafford at the end of the season, the speculation is at least a vindication of the work Lopetegui has done at Sevilla over the past two and a half years.

Of course, it wasn't long before his hiring by Sevilla that Lopetegui seemed to be the butt of all jokes in Spanish football, with the situation surrounding his Spain departure attracting criticism before he was swiftly shown the exit by Real Madrid.

But he is a coach who really has put in the hard graft, having quickly lost his first ever job in management before then opting to refine his skills in youth coaching, steadily working his way up to prominence.

His football may not be universally popular, but Lopetegui has restored his reputation in an emphatic way.

Lopetegui saw the writing was on the wall.

"I know the culture of the club. I am identified with [the club] and with its fans. I am not surprised by a dismissal because football depends on results and we are not achieving them," he said.

While you'd think that might sound like what Lopetegui would have said after getting dismissed by Madrid, it was actually a frank response to being ditched by Rayo Vallecano back in 2003.

Rayo, whom Lopetegui finished his playing career with, were in the second tier and won just one of their first 10 league matches under their new, inexperienced coach. They went on to suffer a second successive relegation.

Although getting sacked wasn't a surprise for Lopetegui, it seemed to shock him into something of a rethink – he returned to his first professional club as a player, Real Madrid, in 2006 as their head of international scouting, and two years later he was in charge of the 'B' team, Castilla.

That was the first of several roles focused on youth coaching, which would see him looking after Spain's Under-19s, Under-20s and Under-21s over the following six years. Two seasons with Porto reintroduced him to senior club football, before Spain came calling again.

This time it wasn't an age-group role, it was the real deal. Lopetegui took over from Vicente del Bosque in 2016 and set about establishing a new dynasty for La Roja. 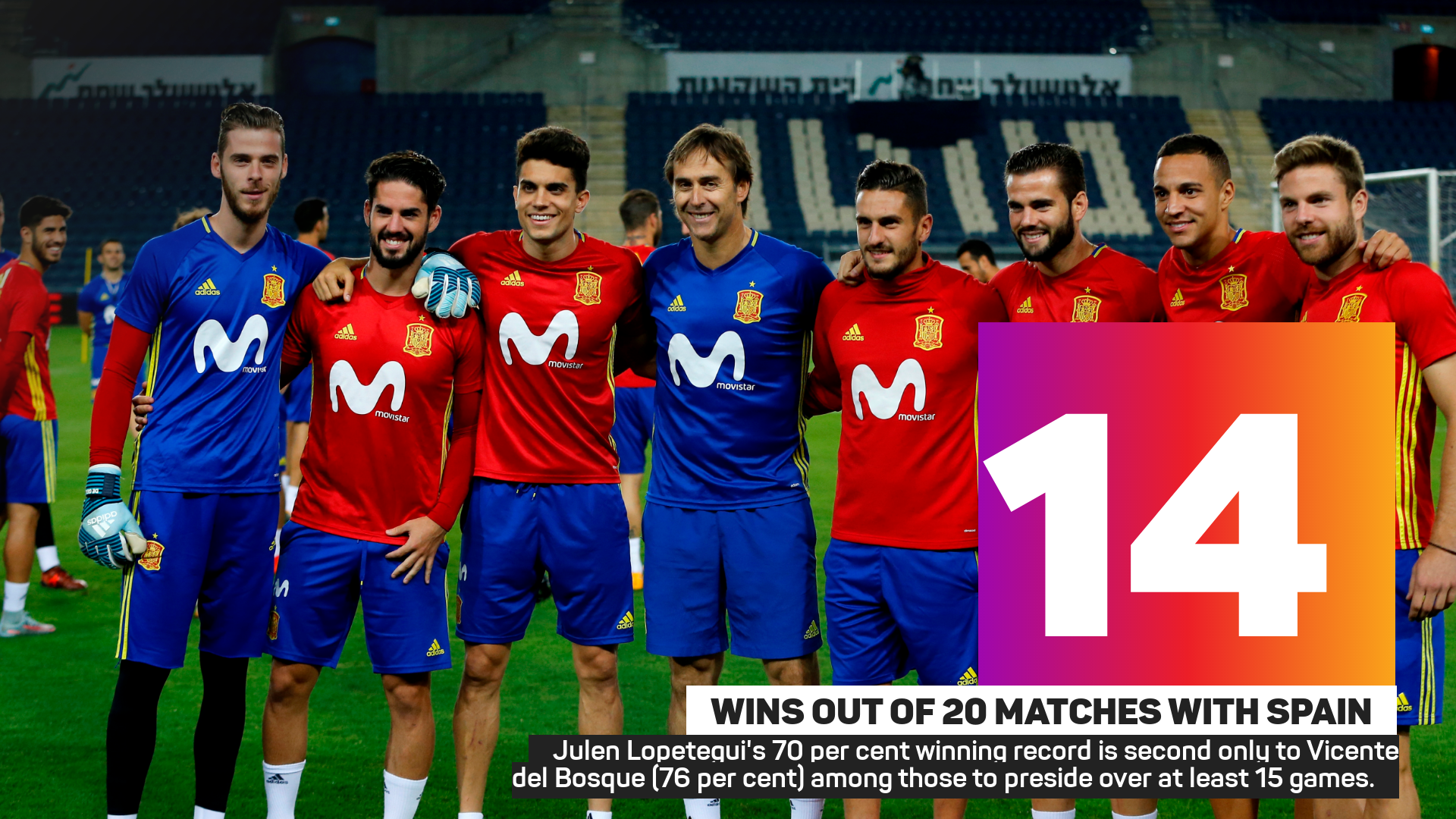 It was a largely positive two years. Ahead of the World Cup, he had presided over 20 matches for Spain, winning 14 of them and losing none.

That made him the Spain coach to have overseen the most games without losing, while his 70 per cent winning record is second only to Del Bosque (76 per cent) among those to preside over at least 15 games.

Goals weren't hard to come by either. Sure, World Cup qualification in Europe can bring about some lopsided results that boost averages, but still, Spain's 3.1 goals per game under Lopetegui remains the best of any Spain coach (min. 15 matches).

However, his decision to enter a post-World Cup agreement with Real Madrid, which was announced just a few days before Spain's campaign was due to begin, did not go down well with the Royal Spanish Football Federation. He was sacked and Fernando Hierro was brought in at short notice to preside over an ultimately disappointing Russia 2018.

Many criticised Lopetegui; some understood why he'd accepted the Madrid opportunity, others suspected it to be a poisoned chalice.

Given what he said after being sacked by Rayo some 15 years earlier, why Lopetegui saw Florentino Perez as the patient type was mystifying.

"Real Madrid is still alive. This is still October, we have done some good things, made a lot of chances, and we will try and improve and be more effective. We are ready to play a game of this size and these demands," he said prior to what proved to be his final match in charge.

After the game, that appraisal turned to: "I feel sad, but I want to remain in charge. It's a big blow, but I'm strong enough to know everything can be turned around. I have a lot of faith in this group of players."

Only, Lopetegui wasn't given the chance to turn it around, as we all know, for a 5-1 demolition by Barcelona in El Clasico brought an abrupt end to his brief 14-match stint at the helm. In football terms, there was surely no greater humiliation for a Madrid coach. 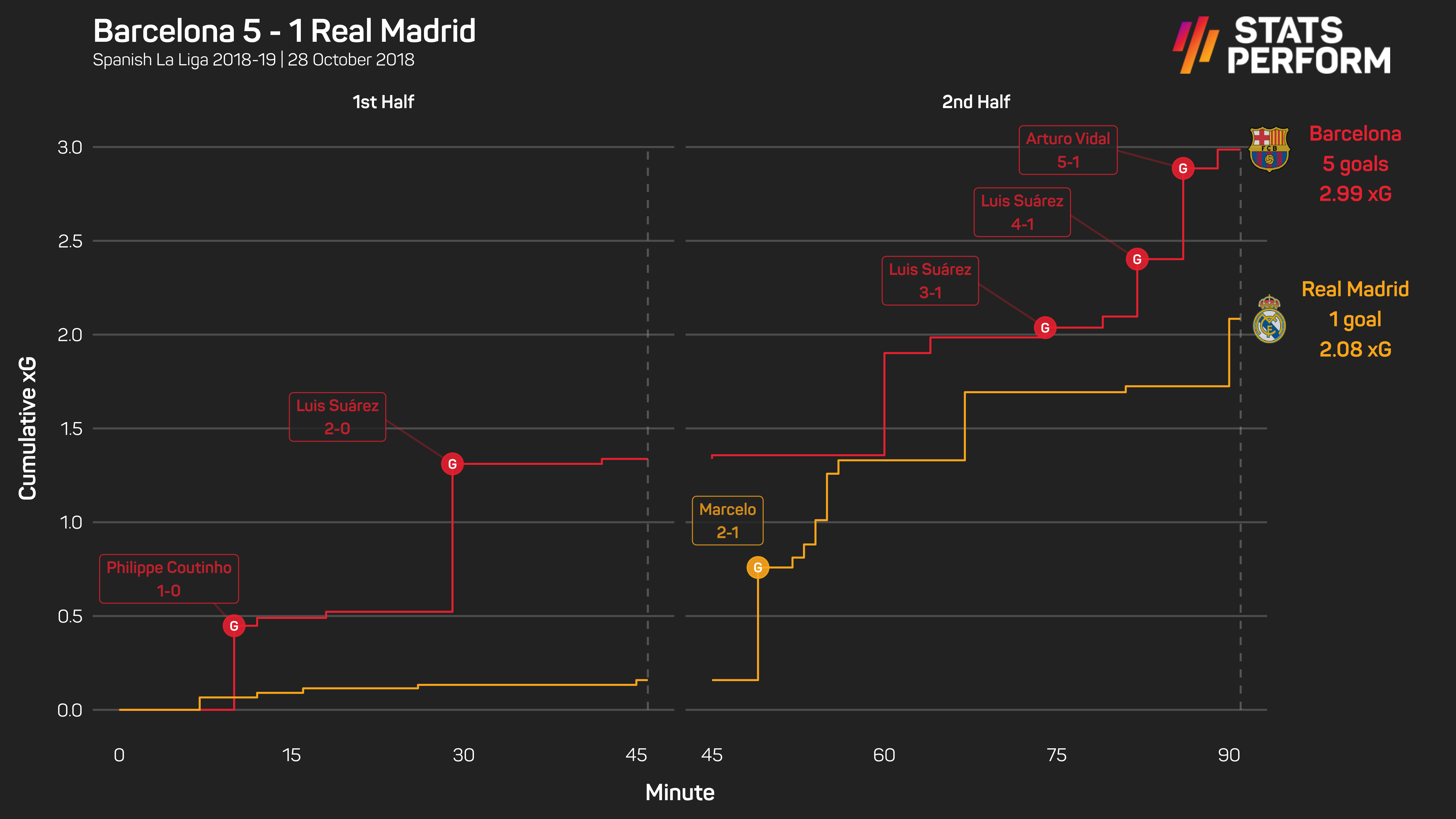 It was only the third time this century Madrid have conceded five times to Barca in LaLiga, and it meant Los Blancos had lost three league games on the bounce – again, this has only happened on two other occasions since January 2000.

Of course, there's lots to be said for why Lopetegui failed at Madrid. For one, his first-choice full-backs Dani Carvajal and Marcelo were in and out of the team, and such positions carry great importance for Lopetegui.

Additionally, let's not forget this was a Madrid very much in transition after the departure – and failed replacement – of Cristiano Ronaldo. It was seemingly expected that Karim Benzema would instantly pick up Ronaldo's slack, despite only passing 20 league goals in two of his previous nine LaLiga seasons. The Portugal star never went below 25 in his nine campaigns in Spain. 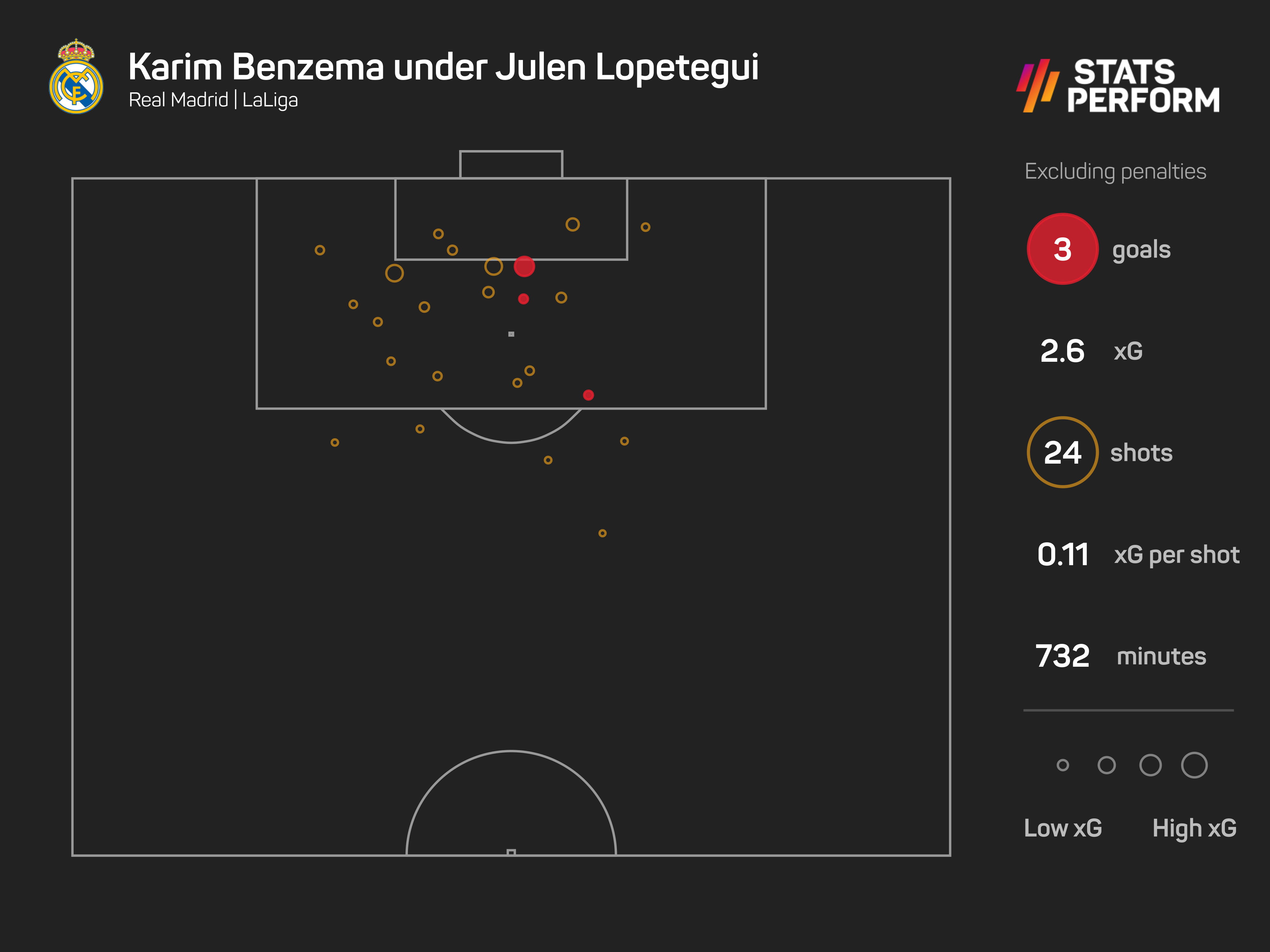 While Benzema did ultimately score 21 times in the league, only four of those (one via the penalty spot) – split across two games – came during Lopetegui's 10 games. Decisiveness in the final third was a real issue for the team, demonstrated by the fact they failed to beat Levante despite having 34 shots and set a new club record of 481 minutes without a league goal.

But Zinedine Zidane, Lopetegui's predecessor, saw this coming. As he bade farewell to the club alongside Perez just 15 days after winning a third successive Champions League title, the Frenchman spoke persistently about "change" and openly acknowledged he thought "it would be difficult to keep winning if I stayed".

Whether that was down to insufficient investment in the first team, the likelihood of retaining such high standards in the Champions League or a combination of both is unclear, but it would seem his successor was always on a hiding to nothing. 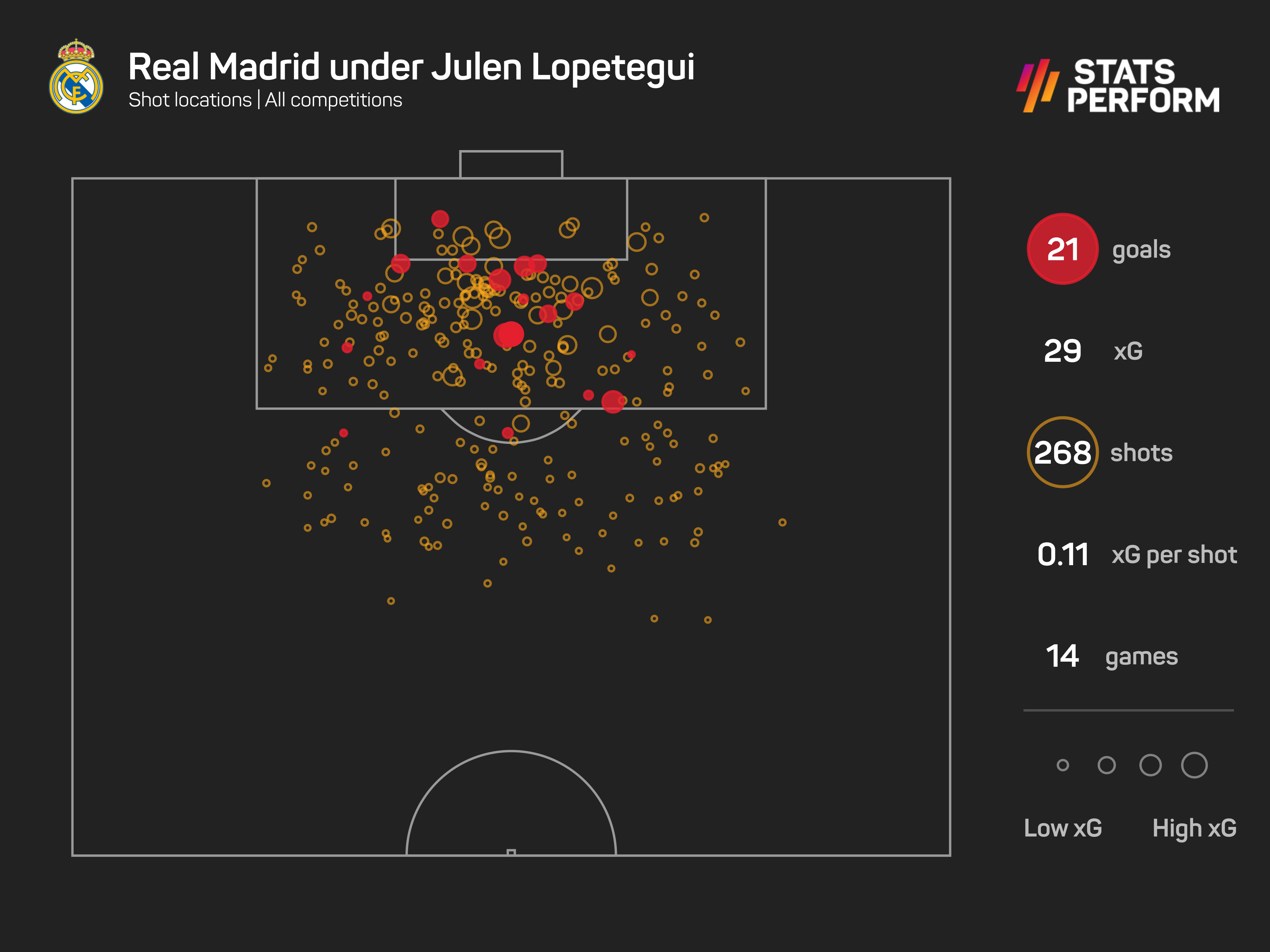 From rock-bottom to redemption

Lopetegui left Madrid with the second-worst win percentage (42.9 per cent) across all competitions in the club's history (min. two games), better only than Amancio (40.9). 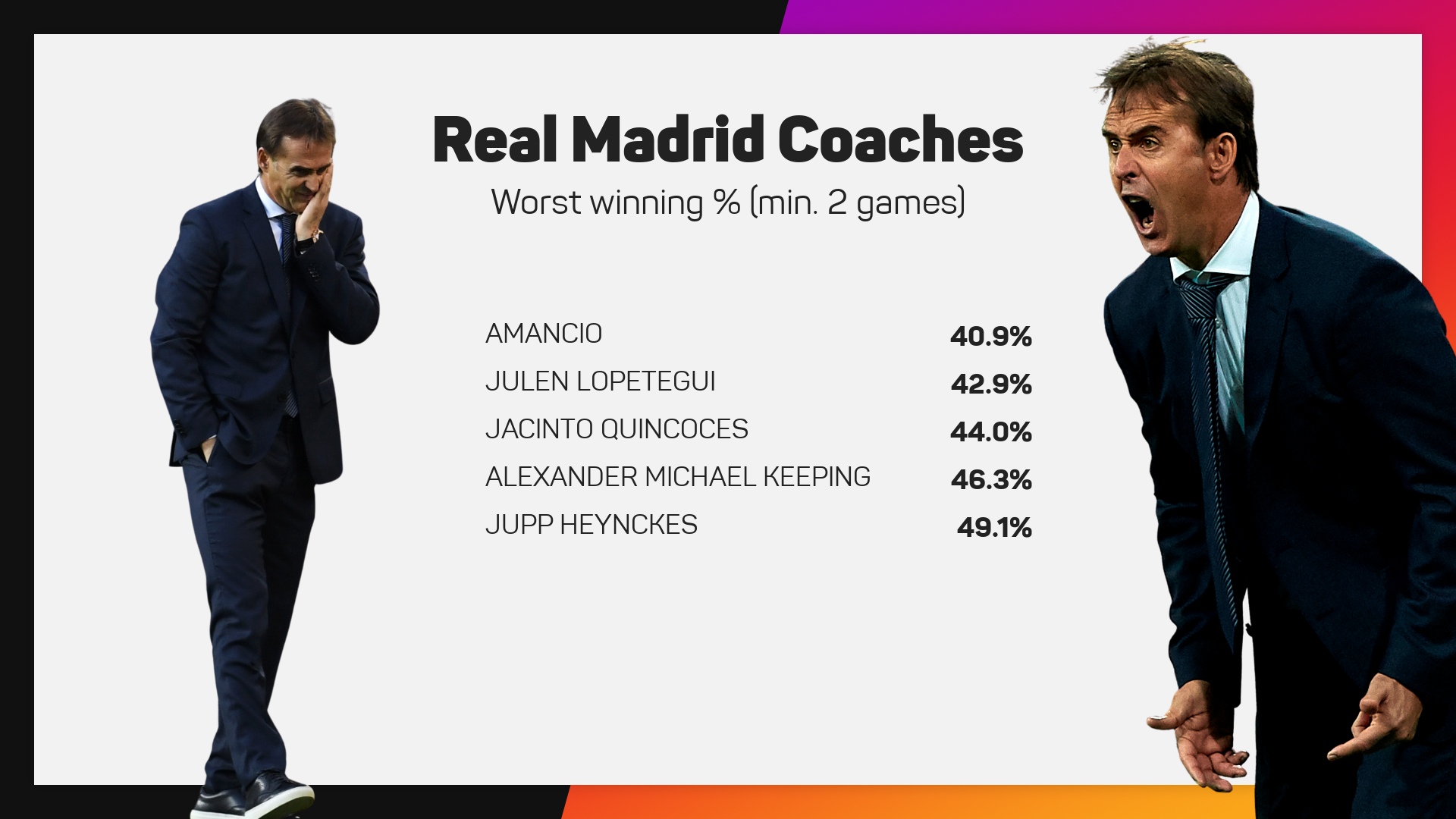 But his record and impact at Sevilla couldn't realistically be much more of a contrast. Over his first 100 matches in charge in Nervion in all competitions, Lopetegui's 59 wins were a joint-record for the club.

It's almost fitting that his 100th career LaLiga match as a coach will come against his former team this weekend – it would be an even sweeter occasion were he to mastermind his first ever victory over Madrid, as success for Sevilla on Sunday will move them above Los Blancos and potentially put them top.

LaLiga is shaping up to be the closest it's been in years. Whether that's down to a dip in quality across Spain's top flight or not is a debate for another time, but Sevilla certainly looked well-placed to mount a challenge for the title having ultimately fallen just short in the final weeks of 2020-21.

At the very least, they are surely on track to finish in the top four in three successive seasons for only the second time since the Spanish Civil War, and it's this kind of consistency that's undoubtedly caught the attention of Man United, whom he defeated en route to 2019-20 Europa League success.

There are reasons to suggest he could be the sort of 'system coach' United need, as well. He's turned Sevilla into a side who dominate the ball, with their 64.4 per cent average possession for the season second only to Barcelona (65.8), while only the Catalans and Madrid have attempted and completed more passes.

But where many teams who like to dominate possession tend to press high, Sevilla do much more of their pressing in the middle third of the pitch – working with a striker like Ronaldo, who's engaged in just 113 pressures in the Premier League this season, ranking 30th at his position, may not be such an issue. 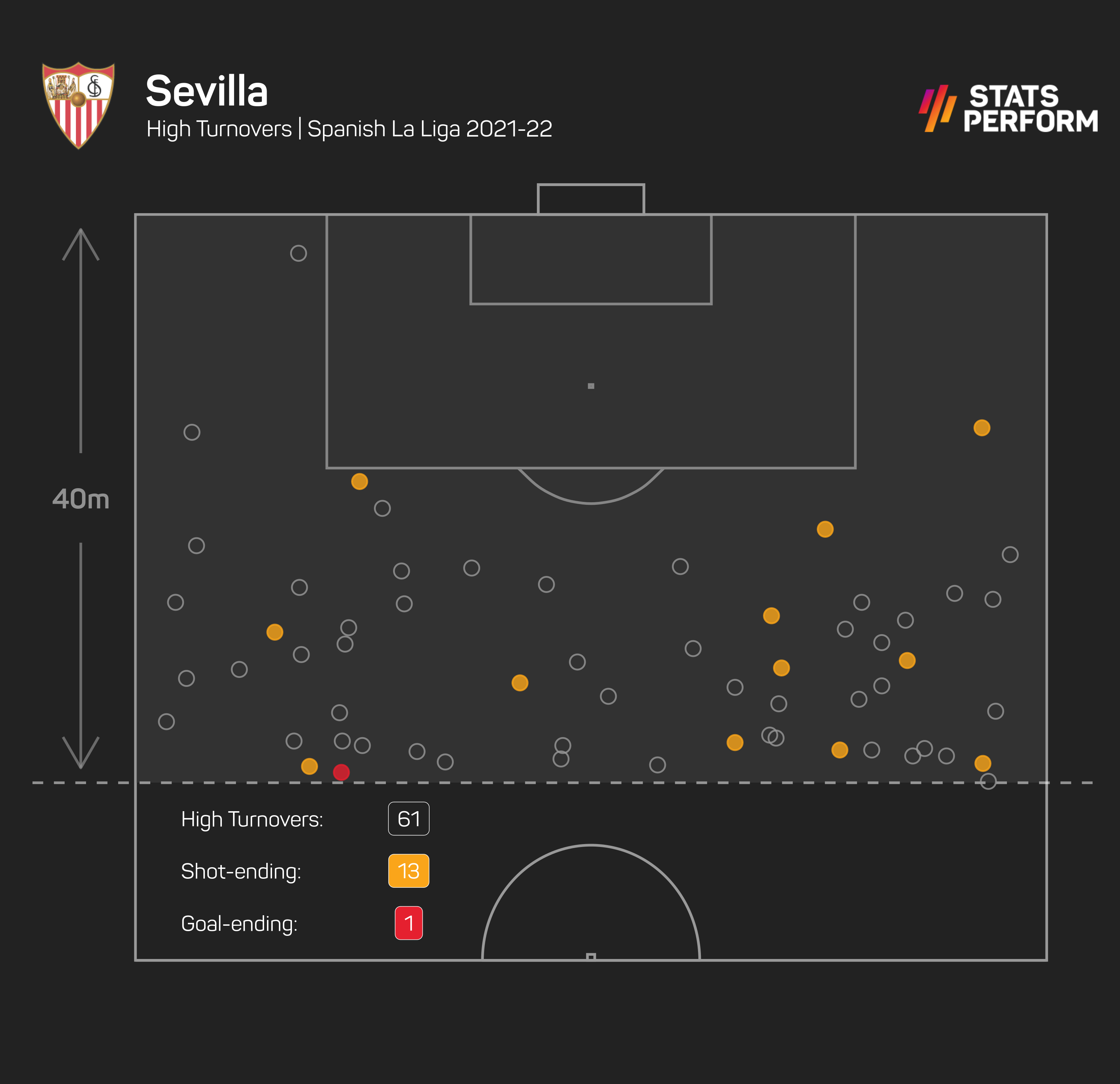 For example, Sevilla's 61 high turnovers are 10 fewer than any other LaLiga team this season, yet they have allowed opponents to have just four build-ups (sequences of 10 or more passes) that resulted in a shot or touch in the box. The next best record here is 10 (Barca and Villarreal).

This theoretically then gives Sevilla the chance to showcase their strength in picking through a counter-press, which is demonstrated by their 73 high turnovers against being the third-lowest in the division – none have led to a goal. 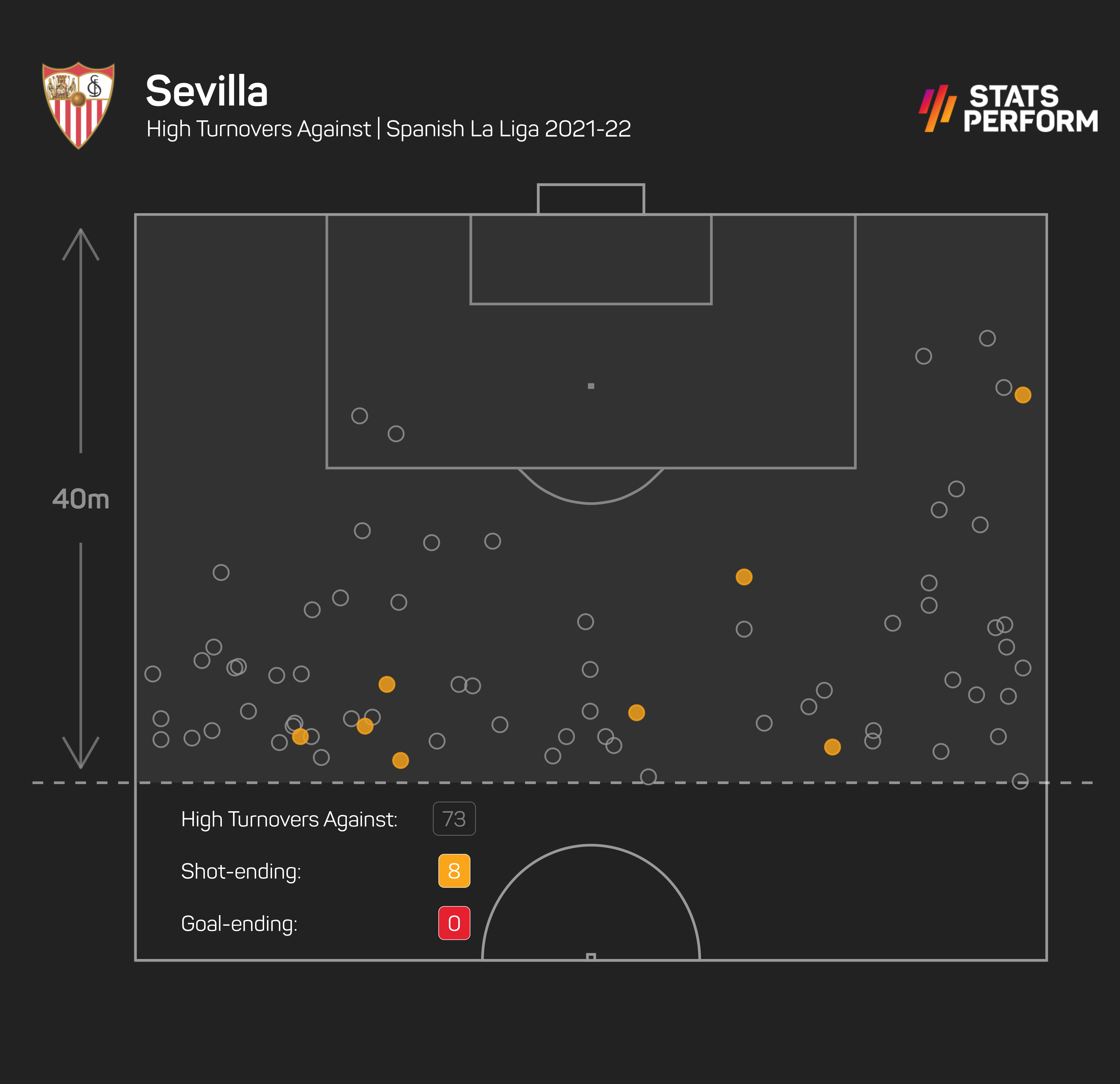 After getting by on individual quality and a helping of nostalgia for nearly three years, United need a coach who has proven he can mould a team to his philosophy – Sevilla may not be the most exhilarating team to watch, but they are effective and Lopetegui got results very quickly.

Certainly, Lopetegui ending up at Old Trafford any time soon isn't likely, but if Sevilla continue to churn out results in LaLiga and make themselves a genuine silverware rival to Los Blancos and Atletico Madrid, it's only a matter of time before Europe's biggest clubs come poking around.

Where Lopetegui once saw Madrid as his greatest opportunity, he hopefully now just sees them as a mere obstacle in his quest for a crowning achievement: winning Sevilla their first title since the 1940s.

Yorkshire are making large-scale changes to their organisation in the wake of the Azeem Rafiq case.