Robert Lewandowski declared he would not let it trouble him after Lionel Messi left the Bayern Munich striker off his picks for the FIFA Best Men's Player award.

Paris Saint-Germain superstar Messi lavished Lewandowski with praise after pipping him to the Ballon d'Or award in November, saying the Poland captain would have deserved the previous year's award, which was scrapped because of the pandemic.

Yet when it came to selecting his picks for the FIFA prize, which is a right afforded to all national team captains and head coaches, Argentina skipper Messi chose PSG team-mates Neymar and Kylian Mbappe as his first and second picks respectively, putting Real Madrid's Karim Benzema in third place.

Lewandowski picked Champions League and Euro 2020 winner Jorginho as his first choice, ahead of Messi and Cristiano Ronaldo.

In the end, Messi's voting choices did not prevent Lewandowski picking up the FIFA honour, which went his way on Monday. Messi finished second, with Liverpool's Mohamed Salah third.

"When you see what he said at the Ballon d'Or, those were nice words and it was very nice of him," Lewandowski said of Messi in a news conference on Tuesday.

"Regarding his choices, this question must go to him. I don't think he can be mad at me privately, if it's about sport. It was his decision and I have to respect that. I don't have to be mad. I definitely voted him second." 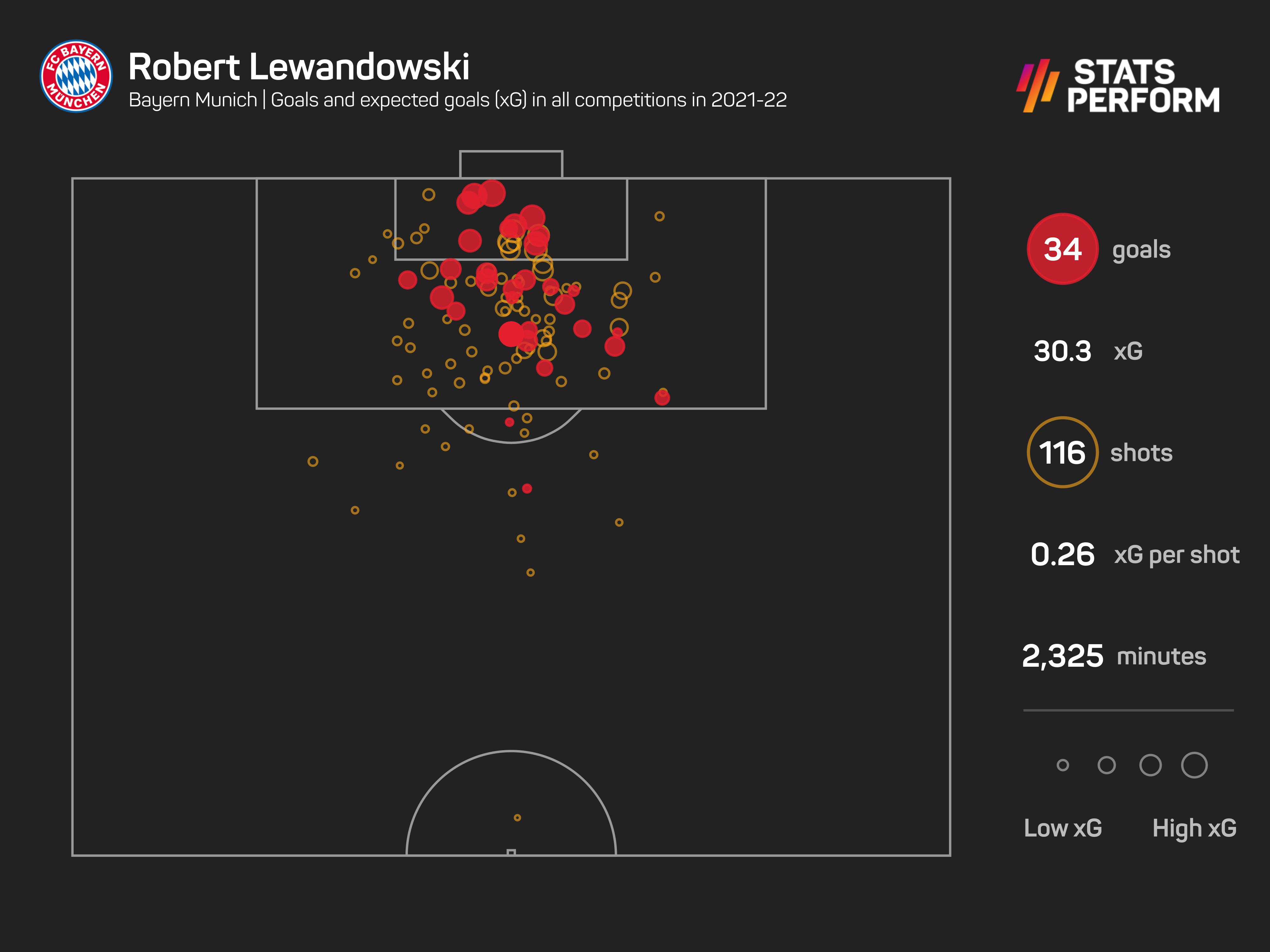 Messi and Ronaldo had held a near-duopoly over European and world football's top awards in recent times, but Lewandowski has now won the FIFA award in consecutive years.

Once again, this season he is setting the standard across Europe's top five leagues for putting the ball in the back of the net.

Among players from the Premier League, Bundesliga, Ligue 1, LaLiga and Serie A, nobody comes close to matching Lewandowski's haul of 34 goals in 27 games so far across all competitions.

Benzema is second on the list with 24 goals, Mbappe has 19, while Messi has scored only six times for PSG since his dramatic move from Barcelona.

After Salah (23 goals) in third place, next among scorers is Borussia Dortmund's Erling Haaland (21 goals).

There has been speculation Haaland's next club could be Bayern, and Lewandowski was asked whether the strikers could play together.

"If I train with him, then after a week or two you could say something," Lewandowski said. "Erling is a different type of player than me. But he's a top player, and I'm happy that he shows how good he is in every game. For me, that means I can keep doing my job.”

Irfan Shamshuddin continued his regional dominance in the men's discus throw event as he clinched a gold medal at the 2021 SEA Games on Tuesday.