Fati still has a lot to prove, says Aguero after making Barcelona bow

Barcelona youngster Ansu Fati marked his first start in 11 months with a goal against Valencia and earned praise from Sergio Aguero.

Ansu Fati has talent that not many others can boast but still has a lot to prove at Barcelona, according to new team-mate Sergio Aguero.

The Spain international marked his first start since last November with a goal in Barca's 3-1 comeback win against Valencia on Sunday.

He missed the best part of a year with a long-term knee injury that had limited him to three substitute appearances before this month's international break.

Fati is regarded as Barca's big hope now that Lionel Messi is no longer around and Aguero, who made his debut against Valencia, hopes to help the youngster showcase his talent.

"Ansu is still a very young player and he has a lot to prove," Aguero told Barca TV. "I'm very happy that we have him here.

"We have to help him continue showing how talented he is, because not many other players have that."

Fati's goal came from one of three shots against Valencia, two of which were on target – the most of any Barcelona player.

The 18-year-old has scored from 11 of his 38 shots in LaLiga since the start of February 2020 and has a conversion rate of 35.48 when excluding penalties.

That is the best return of any player to have scored more than five goals in the competition over that time, followed by Kevin Gameiro and Jorge Molina (both 33.33). 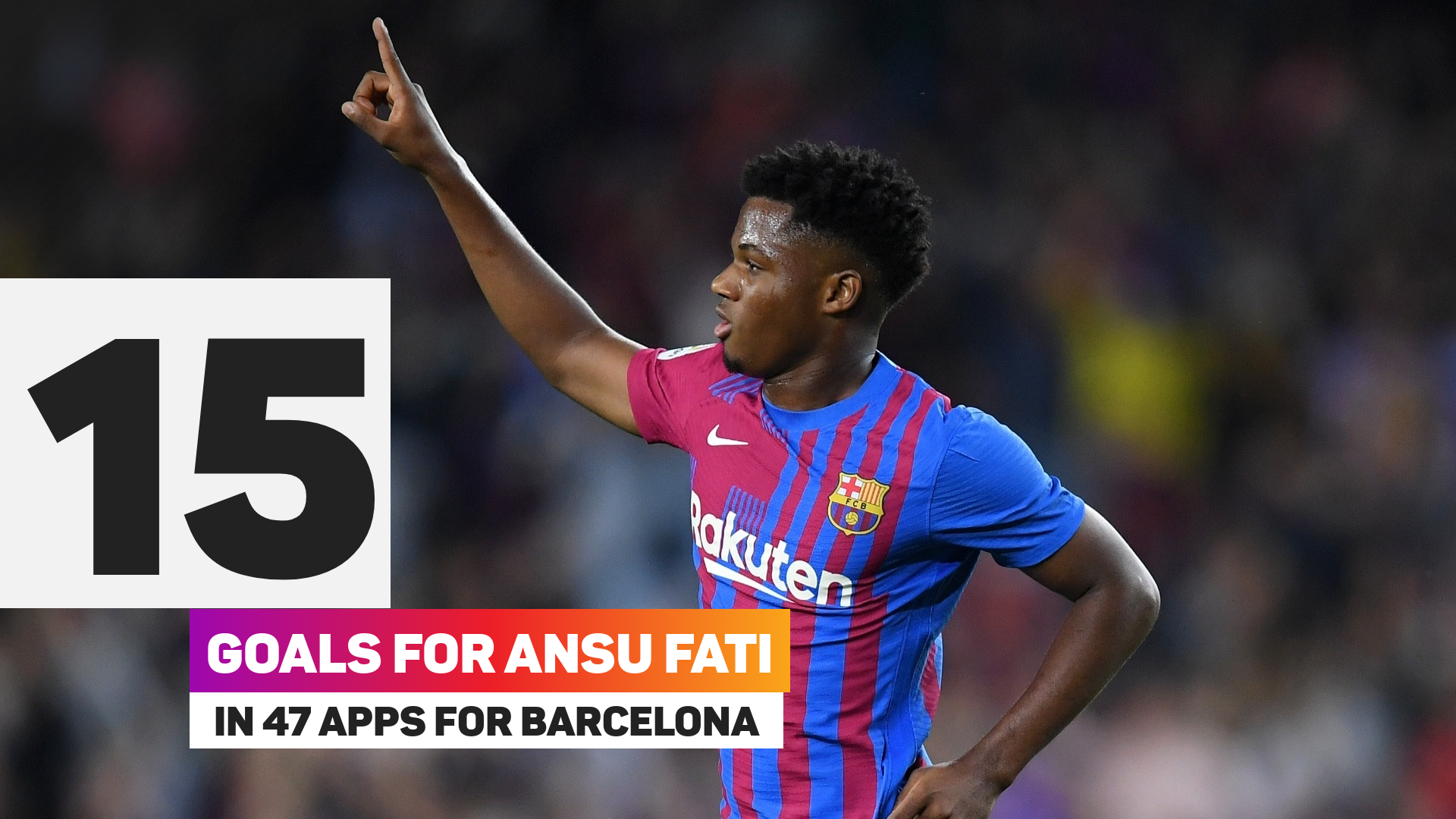 While Fati stole the show against Valencia, the much-needed victory at Camp Nou was also an occasion to remember for fellow striker Aguero.

The Argentina international made his first appearance for the club as a late substitute, 10 and a half years on from his last game in the Spanish top flight for Atletico Madrid.

Having been hampered by a calf injury since arriving on a free transfer from Manchester City in May, Aguero is glad to have finally got some competitive minutes under his belt.

"I'm very happy to have made my debut," he said. "I've been looking forward to this moment for a long time. The most important thing was to win the match.

"It was incredible that the supporters chanted my name, though now I have to get used to that song and show the same affection they show me."

Memphis Depay was also on target for Ronald Koeman's side from the penalty spot after Fati had cancelled out Jose Gaya's early opener, before Phillipe Coutinho added a late third.

The Catalan giants moved up to seventh in LaLiga with the victory, five points behind surprise pacesetters Real Sociedad with a game in hand to play.