Lyon have insisted there has been no deal struck with Newcastle United for midfielder Bruno Guimaraes.

Guimaraes, who is currently on international duty with Brazil, is said to be a target for a number of Premier League clubs, including Arsenal.

However, on Wednesday, The Athletic reported that it was struggling Newcastle, who are looking to make big moves in order to boost their Premier League survival bid under Eddie Howe, who had made big inroads in a deal for the 24-year-old.

The Athletic's report stated that Guimaraes would undergo a medical in South America in order for the transfer to go through.

Numerous other outlets, including BBC Sport, then reported that Newcastle were closing in on securing the transfer, though stopped short of stating a medical would soon take place. 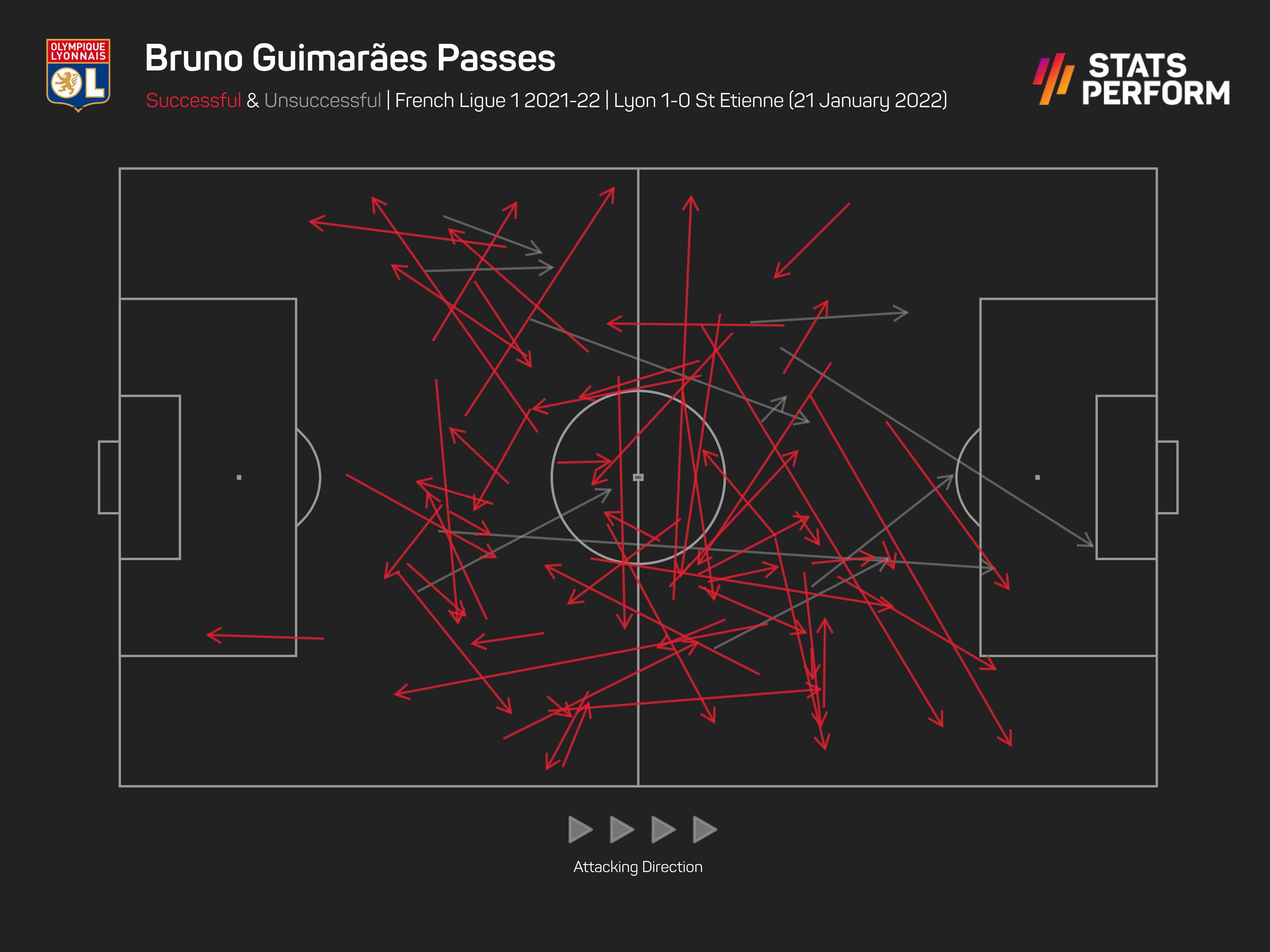 Yet Lyon have now issued a statement denying any speculation that an agreement had been reached.

"Olympique Lyonnais categorically denies the false information disseminated by many media reporting an agreement between Newcastle and OL for the transfer of Brazilian international midfielder Bruno Guimaraes," the statement read.

"In this transfer window period where the slightest rumour is often presented as reality, Olympique Lyonnais reminds that only information officially released by the club is to be taken into consideration."

Guimaraes joined Lyon from Athletico Paranaense in January 2020. He has gone on to make 56 appearances in Ligue 1, scoring three goals.

He also has an Olympic gold medal to his name, having helped Brazil defend their crown in Tokyo last year.

Newcastle have made two signings in January, bringing Kieran Trippier back to the Premier League from Atletico Madrid, and drafting in Chris Wood from relegation rivals Burnley.

The Magpies are also attempting to sign a centre-back, though have so far been frustrated in their attempts to bring in Sevilla's Diego Carlos, while on Wednesday, reports claimed Brighton and Hove Albion had turned down an approach for Dan Burn.

1 - Bruno Guimarães in Ligue 1 this season:

Hansi Flick has named his Germany squad for the Nations League fixtures against Italy, England and Hungary in June.

Kylian Mbappe could be playing for Real Madrid next season, but Los Blancos first must focus on the Champions League final on May 28.