Ash Barty's run at the Australian Open continued with a resounding win over Madison Keys in the semi-finals.

Ash Barty continued her fairy-tale run at the Australian Open, crushing Madison Keys to become the first local woman to reach the singles final in 42 years.

The two-time grand slam champion continued her impressive form at Melbourne Park with a 6-1 6-3 victory over Keys on Rod Laver Arena on Thursday.

Barty, the world number one, became the first Australian woman to reach the singles final at the tournament since Wendy Turnbull in 1980.

She can become the first to win the title since Chris O'Neil in 1978 when she faces either Danielle Collins or Iga Swiatek in Saturday's final, which she will undoubtedly start as favourite.

Barty has dropped just 21 games on her way to the decider and the reigning Wimbledon champion was again ruthless against Keys, who lost her fourth grand slam semi-final in five such appearances. 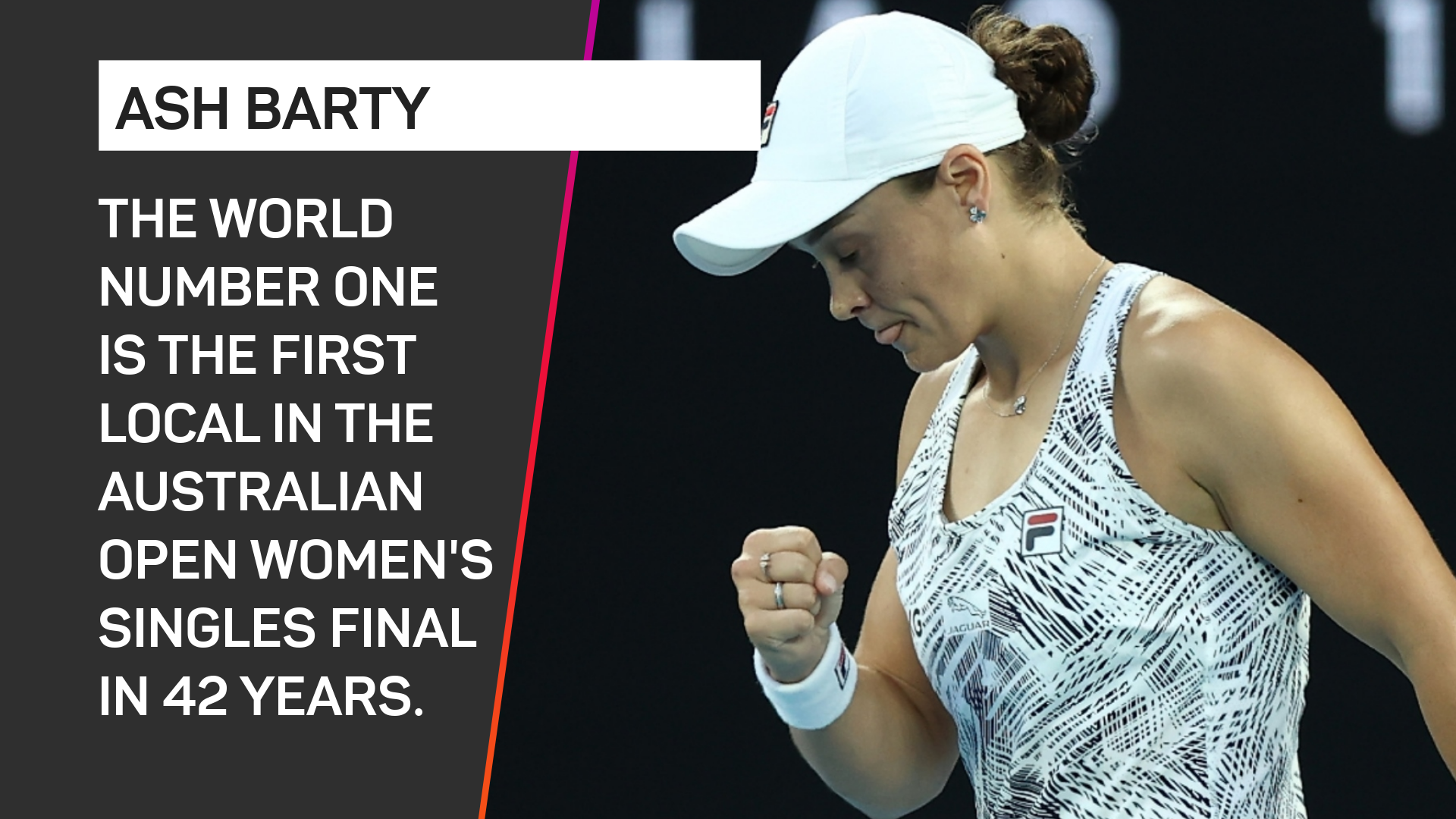 The 25-year-old Barty settled well and broke the Keys serve in the opening game.

A powerful forehand created the opportunity before she delivered a cross-court winner off that wing to convert following a Keys drop shot.

Barty only made two first serves in her opening two service games yet did not lose a point.

Spurred on by a hopeful and enthusiastic home crowd, Barty's variety and depth – plus nine unforced errors in five games from Keys – helped her race into a 4-1 lead.

Keys finally won a point against the Barty serve in the sixth game, the Australian forced to save a break point before sealing the opening set in 26 minutes courtesy of a forehand return winner down the line.

The finishing touch to the opening set

The first real signs of nerves from Barty came in the fifth game of the second set, but she dug out a tough hold for 3-2.

Keys had settled, but Barty grabbed the break she was after in the sixth game with back-to-back forehand winners.

Barty looked calm throughout and that did not change as she served out the match in style, booking a spot in the final with a forehand winner.

She is a win away from ending another by becoming the first Australian winner of the men's or women's singles title in 44 years.