The United States will face the Netherlands in the quarter-finals of the women's football tournament at Tokyo 2020 after being held 0-0 by Australia to finish second in Group G.

USA bounced back from a shock 3-0 loss to Sweden in their opening game with a 6-1 win against New Zealand, but they dropped further points in the round-robin stage on Tuesday.

Previously unbeaten in 44 games before that Sweden loss, USA failed to break down Australia's defence – Alex Morgan's disallowed goal for offside the closest they came to doing so.

Mary Fowler hit the crossbar for Australia and in the end a point apiece was a fair outcome, with the Matildas also advancing to play Great Britain in the last eight.

It is the first time in history record four-time winners USWNT have finished with fewer than six points in the group stage of a major global tournament. 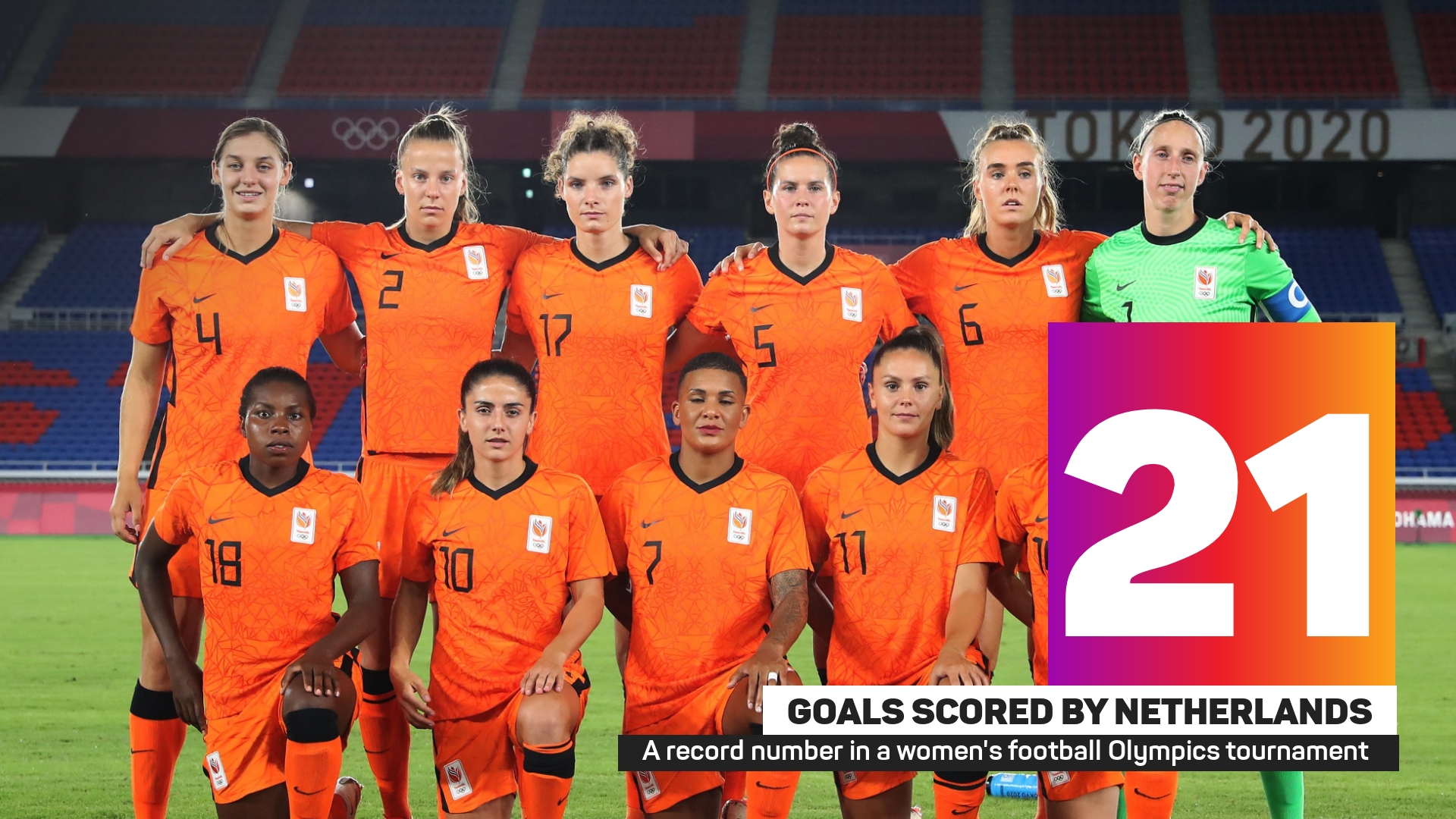 Sweden were already assured of a place in the last eight ahead of their clash with New Zealand and saw the job through with a 2-0 win at Miyagi Stadium to finish ahead of USA.

Anna Anvegard and Madelen Janogy were on target for Sweden before half-time and they saw out a straightforward win that condemned New Zealand to a group-stage exit.

It means USA will now take on the Netherlands in the next round in what is a repeat of the 2019 Women's World Cup final. The Netherlands lost that match, but they enter this latest showdown in superb form after thrashing China 8-2 in Yokohama.

Lineth Beerensteyn, Lieke Martens and Vivianne Miedema all scored twice in the one-sided affair, while Shanice van de Sanden and Victoria Pelova were also on target.

The Netherlands' tally of 21 goals from three games is already the most scored by a team in a single women's football Olympics event, surpassing the USA's 16 from London 2012.

The final group standings for the Women's #OlympicFootball Tournament

Which team has impressed you most so far?#Tokyo2020 #Olympics #Football pic.twitter.com/cuXAQwsqwh

Japan did all that they could in the final round of group games by beating Chile 1-0 through a Mina Tanaka goal 13 minutes from time.

That win took the tournament hosts to four points from three games, enough to send them through as one of the best third-placed sides, along with Australia.

Already through to the quarter-finals, Great Britain snatched top spot with a late 1-1 draw against second-placed Canada in Tuesday's other Group E match.

Brazil also booked their spot in the knockout stages thanks to Andressa's first-half free-kick in their 1-0 win against the tournament's lowest-ranked side in Zambia, who lost Lushomo Mweemba to an early red card.

The Selecao meet Canada in the quarters, while Australia await Great Britain.

The Golden State Warriors are holding out hope Andrew Wiggins will comply with vaccination requirements and be available for the season.

Despite injury concerns over both players, Lionel Messi and Paulo Dybala have been selected by Argentina boss Lionel Scaloni.

Michael Porter Jr has agreed to a five-year max extension with the Denver Nuggets, his agent has confirmed.