Harry Kane will start England's final Group D match against the Czech Republic despite two scoreless outings at Euro 2020, with Gareth Southgate describing the Tottenham striker as "our most important player".

Kane topped the goalscoring and assist charts in the Premier League this season but has been unable to replicate that level of influence in the tournament so far.

England followed up a 1-0 win over 2018 World Cup finalists Croatia in their opening match with a dour 0-0 draw against neighbours Scotland.

Kane is yet to have a shot on target and his 19 touches versus Scotland were his fewest in any England game in which he has played 45 minutes or more.

Southgate substituted Kane in both matches but the Three Lions boss will keep faith with the Russia 2018 Golden Boot winner at Wembley on Tuesday.

"You can assume that, absolutely – I don't mind giving you that one," he said with a grin when asked by ITV whether his captain would remain part of the first XI.

Southgate went on to explain the rationale of Manchester United forward Marcus Rashford being used as the attacking focal point instead of Kane for the closing stages of both matches. 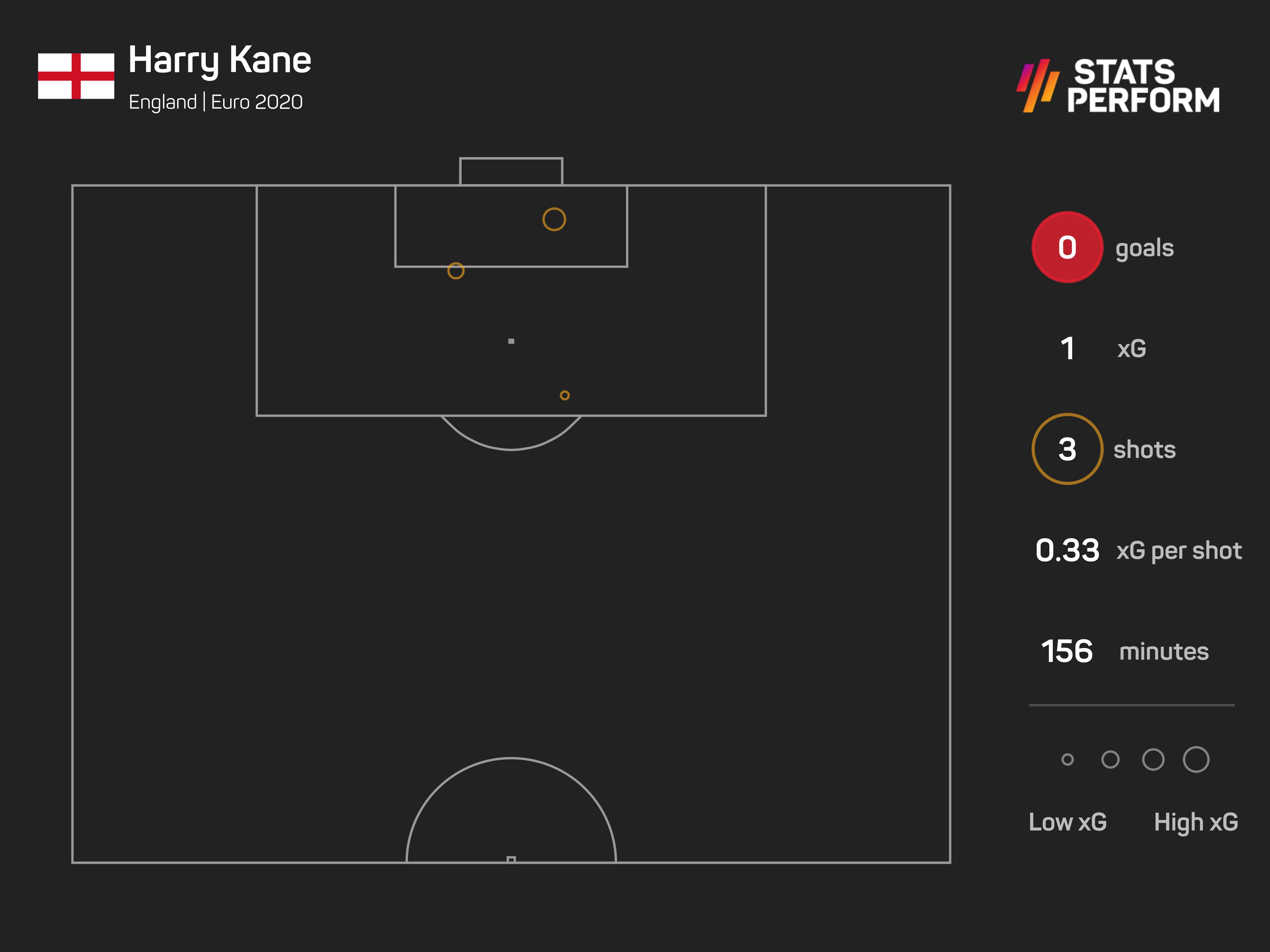 "In one of the games we were already ahead, we needed energy to press and keep the lead. We didn't need an additional goal," he said.

"Harry, during the World Cup, we ended up with him playing a lot of football and we felt the need to manage that load a little bit this time and we have got good options on the bench to bring people into the game.

"But he's our most important player, there's no doubt about that. You've only got to look at his goalscoring record for us to see his importance to the team.

"He's fundamental, not only with the goals he scores but the build-up play and everything else he brings.

"I know there'll be a lot of questions being asked about him at the moment but he's been through that 100 times before.

"I've answered that in this role several times in the past and he's come up with the goals that have won us the next games. I expect that to be the same moving forward."

Kane's struggles are part of a wider picture of England failing to create high-quality chances across the board.

Frustrating one but a clean sheet and one group game to win to finish top. pic.twitter.com/E5yB1xmiMR

Centre-back John Stones is next up on an xG of 0.35, having headed his sole attempt of the tournament against the post from a Mount corner early on against Scotland.

"He works so hard for the team. People might not recognise what he does off the ball and the pressing that he does," said England and Atletico Madrid right-back Kieran Trippier, a former team-mate of Kane's at Spurs.

"He's had an unbelievable season with Spurs, he is fit, he's working hard every single day in training. It's just about trying to get the chances to him.

"We all know we need to create as much as we can in the game. For sure, Harry will score goals."

Chelsea threw away a two-goal advantage in pre-season to share the spoils with London rivals Tottenham at Stamford Bridge.

Bangladesh recover to double advantage over Australia in T20I series

Afif Hossain and Nurul Hasan played key roles with the bat as Bangladesh made it six T20I wins on the spin on home soil.

The New York Knicks, in need of a starting point guard, have turned to former Boston Celtics scorer Kemba Walker.

Following in the footsteps of Trent Alexander-Arnold and Fabinho, Alisson has also signed a new Liverpool contract.

Five years later, Andre De Grasse is an Olympic champion and he revelled in his moment of triumph at Tokyo 2020.

Thiago out of Liverpool friendlies as Fabinho, Alisson and Firmino return

Jurgen Klopp does not want to risk Liverpool midfielder Thiago Alcantara turning his minor injury into a more serious problem.