Juventus have completed the signing of highly rated Dusan Vlahovic from Fiorentina for a fee of €70million.

The striker, who turned 22 on Friday, agreed to a four-and-a-half-year deal with the Bianconeri and passed a medical.

Juve will pay the €70m fee over three financial years, plus additional costs of €11.6m. A further €10m will be due to Fiorentina should Vlahovic meet certain sporting objectives.

Vlahovic is the joint-top scorer in Serie A this season with 17 goals from 21 appearances – a tally only matched by Lazio's Ciro Immobile.

He has been linked with a host of top clubs across Europe after his impressive form over the past two seasons.

Vlahovic joins Massimiliano Allegri's Juve team, who have often struggled to turn possession into goals this season, having scored just 34 times across 23 Serie A games.

That means their attack is the 11th-best in the league, way behind leading scorers Inter (53), while Fiorentina have scored 41 times so far with Vlahovic on board.

Serbia international Vlahovic, who joined La Viola from Partizan in 2018, has converted 28 big chances since the start of last season, more than any other player in Serie A. 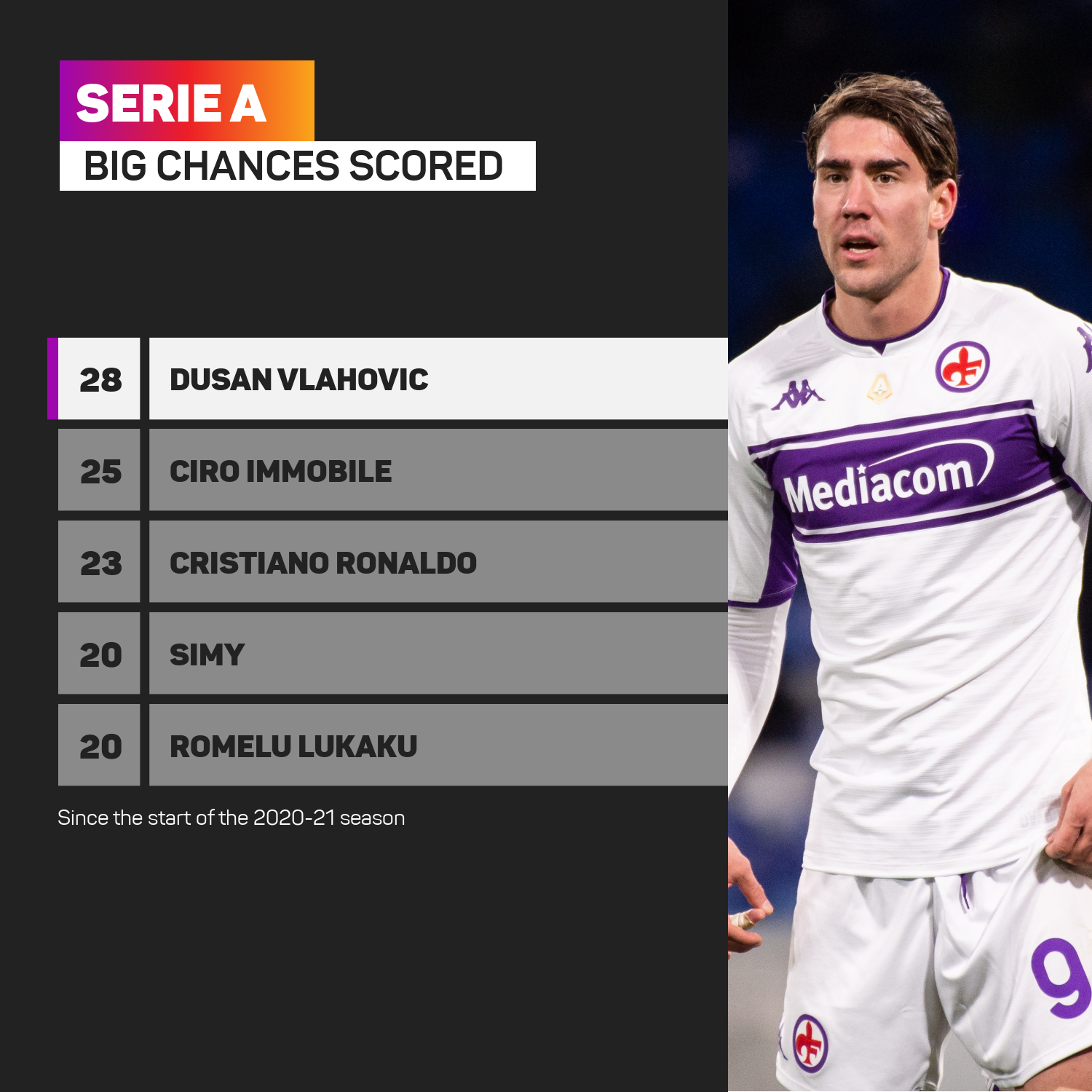 Vlahovic also netted 33 league goals in 2021; matching Cristiano Ronaldo’s record for the most scored in the Italian top-flight during a calendar year.

Vlahovic's arrival in Turin may pave the way for Alvaro Morata to leave Juve, with Barcelona reportedly keen on signing the Spain international, who is on loan from Atletico Madrid.

US PGA Championship: Justin Thomas wins after playoff against Will Zalatoris

Justin Thomas trailed Mito Pereira by eight strokes heading into Sunday's final round, but he left with his second Wanamaker Trophy.

Zlatan Ibrahimovic's long-time agent Mino Raiola died last month, and the striker found it poignant to be celebrating a title without him.

Salernitana escaped dropping down to Serie B despite a comprehensive defeat against Udinese, as Cagliari were relegated on Sunday.