Jorginho joined an exclusive club of players to win the Champions League and the European Championship in 2020 as he eyes further success.

Jorginho is dreaming of winning the World Cup with Italy while he played down the potential of him winning the Ballon d'Or.

The Chelsea midfielder enjoyed glory for club and country after winning the Champions League with Thomas Tuchel's men and Euro 2020 with Italy, becoming just the 10th player to achieve the double in the same year.

His performances across the two competitions led him to be named the UEFA Men's Player of the Year in August as the award's top three was comprised exclusively of midfielders for the first time in 11 years.

Indeed, at the European Championships across June and July, Jorginho topped Italy's charts for recoveries (48) and interceptions (25) while only Spain's Aymeric Laporte (644) made more successful passes than the 29-year-old's 484.

With the 2022 World Cup in Qatar in his sights, Jorginho described winning the tournament as his lifelong ambition while remaining unsure on who would claim the Ballon d'Or.

"I don't know honestly. If you don't dream anymore you can stop playing football," Jorginho responded to Sky Sport Italia when asked about the individual award.

"My dream is to win the next match. Then I dream of the World Cup, who is the child who has never dreamed of it?

"I never imagined I would get this far, but I dreamed and all I've done is to chase my dream, now I'm living it and I'm proud.

"I am happy to give my family pride. And another dream could come true in the winter of 2022." 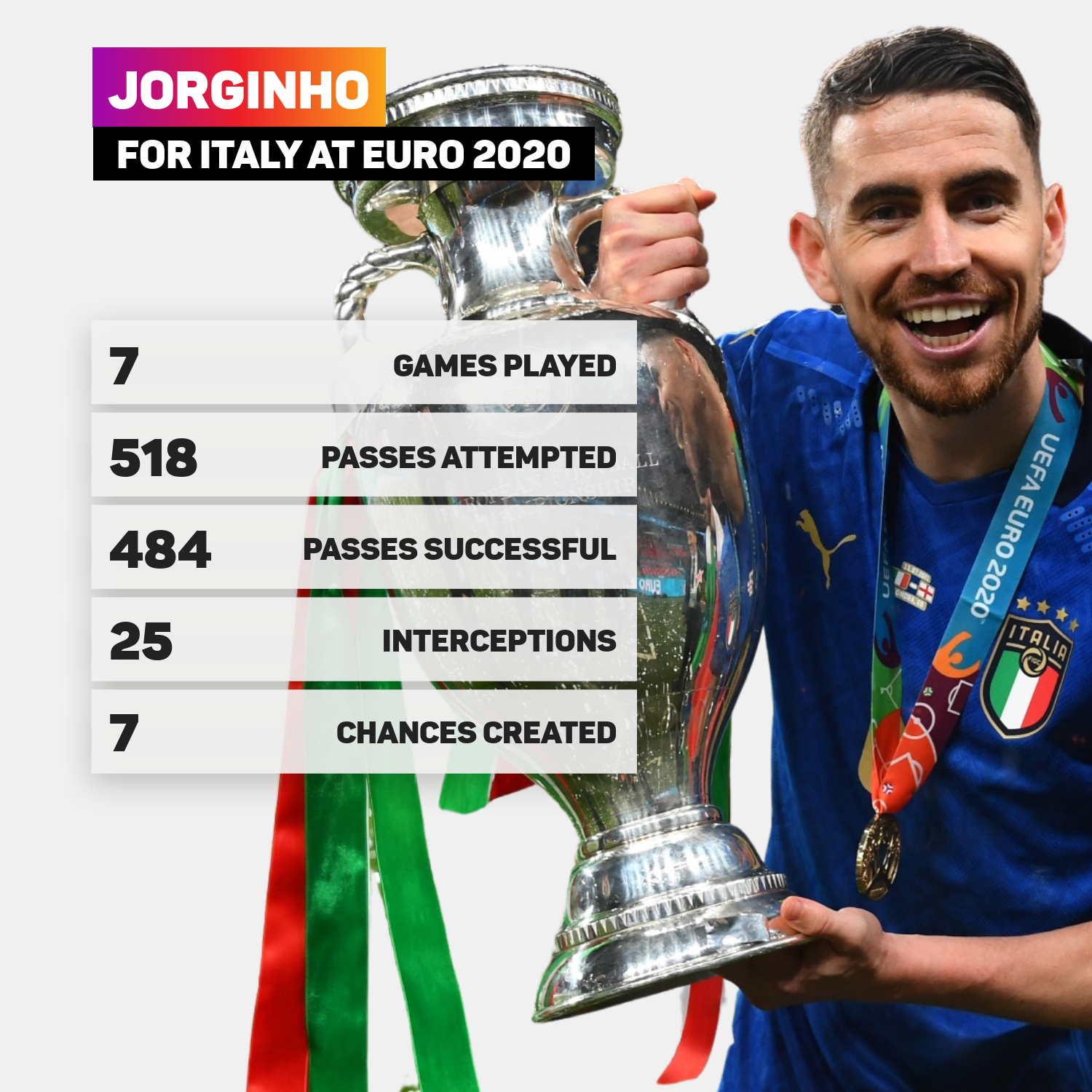 The midfielder has enjoyed another positive start to the new Premier League term with Chelsea, who sit a point clear at the top of the league after nine games.

Jorginho ranks sixth for minutes played under Tuchel in the top flight this term, racking up 559 minutes of action, and ranks fourth for successful passes (363) as he remains the Blues' pivot between attack and defence.

When asked about his club form, Jorginho replied: "We are on the right path, we are working hard, and we must continue like this.

"The more you work together, the more you understand what you need to do, learning new movements and creating an increasingly winning mentality.

"All this gives you solidity, confidence and makes you grow as a group. And that's what's happening at Chelsea."