Giannis flirts with triple-double to fuel Bucks, Bulls off to best start since 1996-97

Giannis Antetokounmpo came close to a triple-double as reigning NBA champions the Milwaukee Bucks took down the Indiana Pacers 119-109 on Monday.

Antetokounmpo finished the game with 30 points, 10 rebounds and nine assists, as well as two blocks and a steal to fuel the Bucks.

Milwaukee pulled away throughout the game, leading by 15 points at the final change, having no issues in Jrue Holiday (ankle) and Brook Lopez's (back) absence.

While the Bucks improved to 3-1, the Pacers slipped to a 1-3 record despite Domantas Sabonis' 21 points, 13 rebounds and five assists. 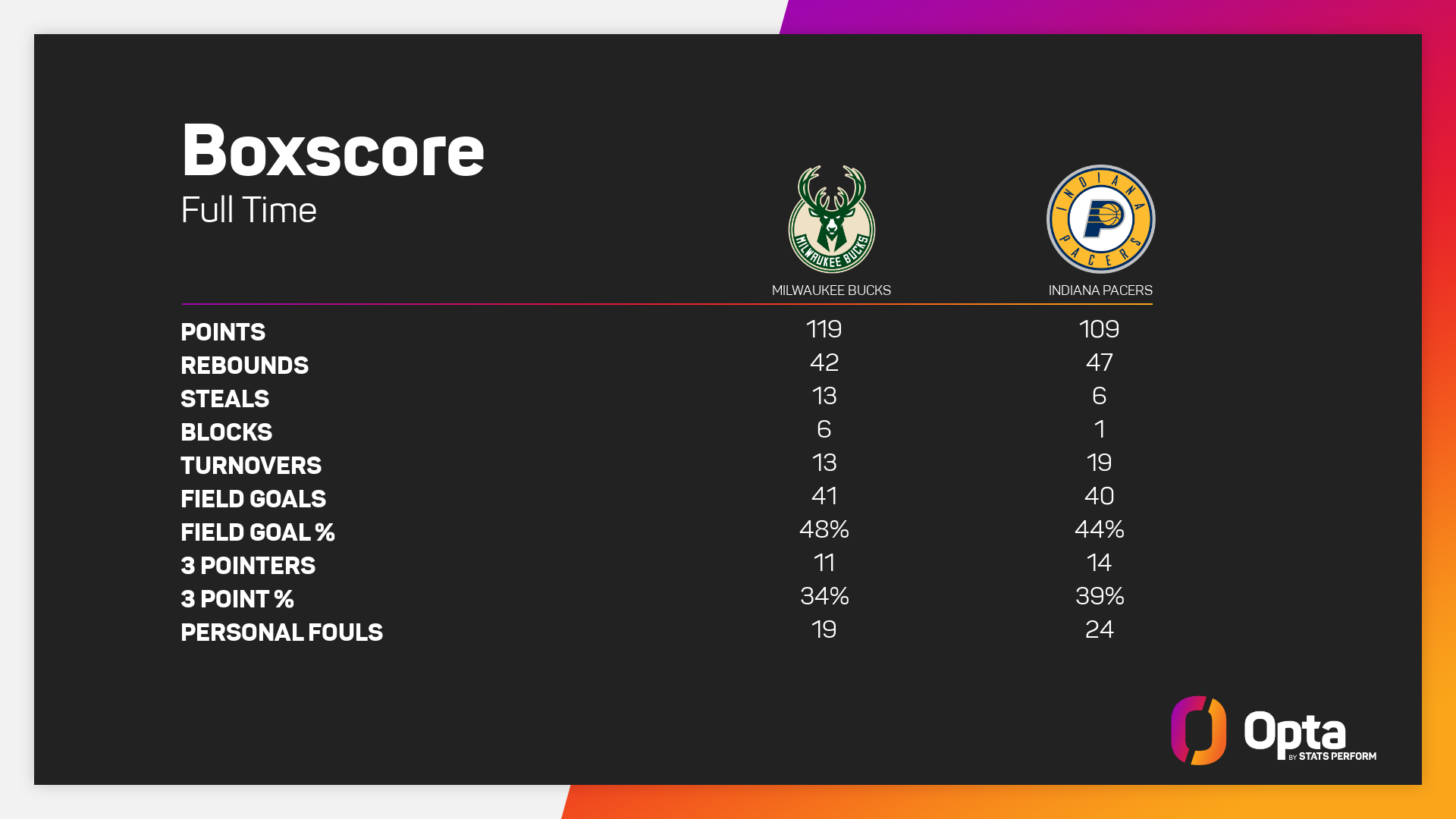 The Chicago Bulls improved to 4-0 for the first time since 1996-97 thanks to a 111-108 victory against the Toronto Raptors. The Bulls led by 10 points with less than three minutes remaining before Fred VanVleet (15 points and a career-high 17 assists) missed a three-point attempt on the buzzer to send it to overtime.

Jayson Tatum posted 41 points, including six three-pointers, with seven rebounds and eight assists as the Boston Celtics outlasted the Charlotte Hornets 140-129 after overtime. The Celtics closed the extra period with a 14-0 run to storm to victory.

Paul George had a career-high eight steals along with 16 points as the Los Angeles Clippers won 116-86 against the Portland Trail Blazers. Luke Kennard added 23 points.

Jonas Valanciunas put up 22 points and a career-high 23 points as the New Orleans Pelicans snapped a season-opening three-game skid by topping the Minnesota Timberwolves 107-98.

THROW IT DOWN JAYLEN BROWN pic.twitter.com/xoLNna3Awv

The Brooklyn Nets improved their record to 2-2 with a 104-90 win over the Washington Wizards although James Harden's shooting radar was off. The former MVP finished five of 17 from the field, including going at 12.5 per cent from beyond the arc for his 14 points.

Damian Lillard continues to struggle for the Blazers this season. The All-Star finished four-of-15 shooting against the Clippers, while he missed all eight of his three-point attempts. Lillard has made two of 24 three-pointers this season (8.3 per cent). He is shooting 34 per cent overall.