Karim Benzema and Zinedine Zidane worked together at Real Madrid, and the former Los Blancos coach says Ballon d'Or recognition is now due.

Karim Benzema deserves to become the first French winner of the Ballon d'Or since Zinedine Zidane – and that verdict comes from Zidane himself.

Real Madrid striker Benzema, who has taken over the captaincy since Sergio Ramos joined Paris Saint-Germain, is playing the best football of his career as he approaches his 34th birthday in December.

Zidane has seen that as close quarters, having had two spells as Madrid head coach during Benzema's time at the club.

Although Zidane left Los Blancos at the end of last season, he is firmly in the Benzema camp when it comes to selecting a Ballon d'Or front-runner.

Speaking to TF1's Telefoot, Zidane said: "We're talking about a player who deserves to win this Ballon d'Or.

"He's an incredible player, I had the great honour of coaching him. He knows how to do everything on the pitch. I hope he can be rewarded with this Ballon d'Or. It's the right moment because he's at the top of his game." 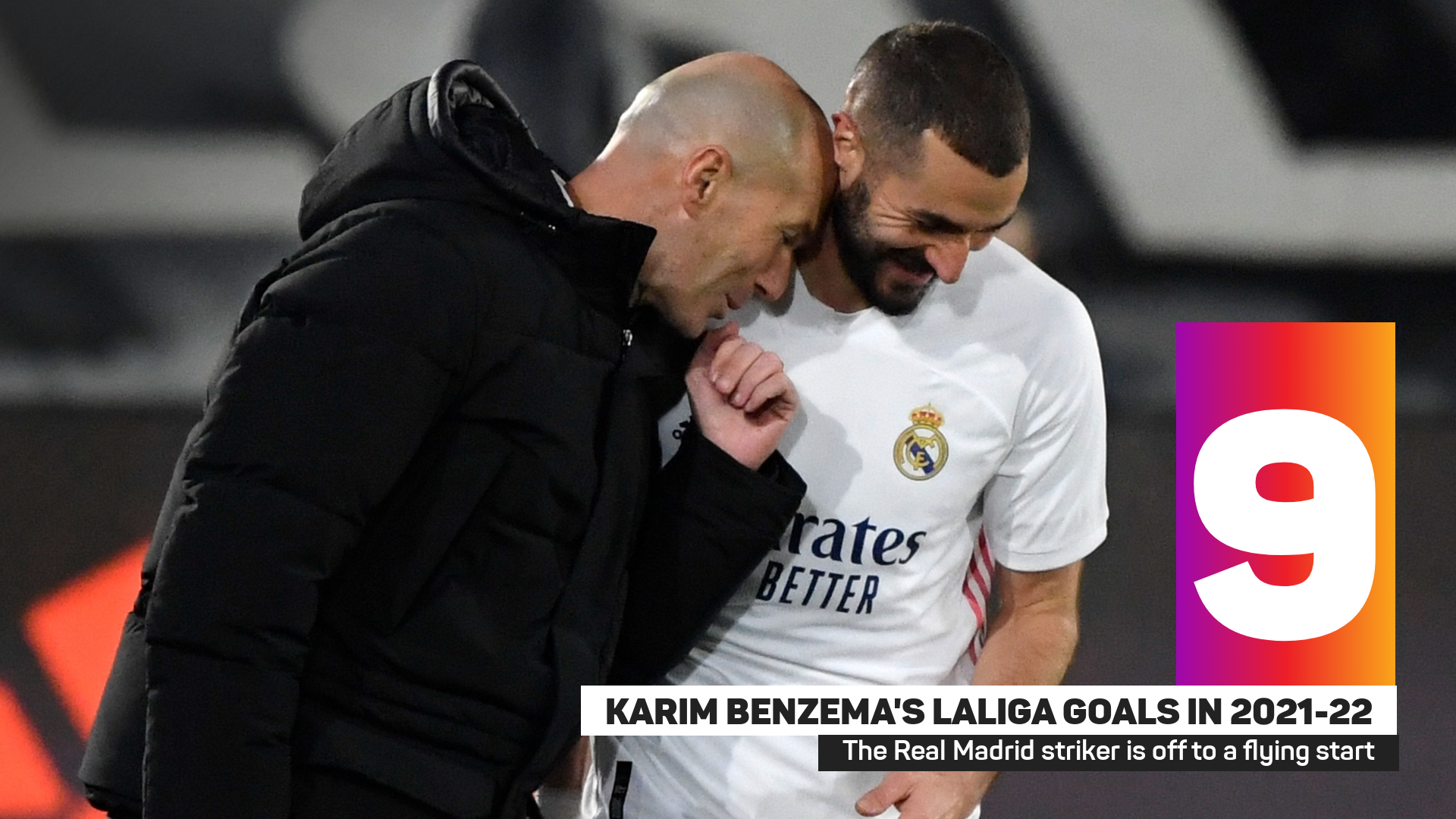 France international Benzema has been Madrid's attacking spearhead since Cristiano Ronaldo departed for Juventus in 2018 and has risen to that challenge.

He has topped the 20-goal mark in LaLiga in the last three seasons and has nine strikes in eight games so far this term in the Spanish top flight.

Last season, Benzema's 23 league goals came at an average of one every 126.13 minutes. They also came from an expected goals total of 18.81, indicating he is excelling in taking the chances that come his way.

His LaLiga shot conversion rate so far in 2021-22 is 26.47 per cent, higher than he has achieved across any full league campaign since arriving in 2009 from Lyon.

With three LaLiga titles and four Champions League wins in 12 years, Benzema has accrued plenty of silverware while with Los Blancos, much of it during Zidane's time in charge. He also helped France win the Nations League last weekend, scoring a stunning goal against Spain in the final.

Now, individual acclaim may be coming his way, although Benzema faces stiff competition, with six-time winner Lionel Messi rated a favourite for the Ballon d'Or with British bookmakers, having helped Argentina win the Copa America.

Benzema recently said it had been a long-held "dream of mine" to win the coveted award.

Robert Lewandowski's record-breaking 41-goal Bundesliga season last term also puts him firmly into contention, while Jorginho has a strong claim after winning the Champions League with Chelsea and Euro 2020 with Italy.

The Ballon d'Or winner will be announced on November 29 at a ceremony in Paris.