Lionel Messi, who turned 34 on Thursday, will be able to leave Barcelona by the end of next week if he does not sign a new contract.

Barcelona sent birthday greetings to Lionel Messi as the club captain turned 34 on Thursday – at a time when his future remains unresolved.

The man who holds a near clean sweep of individual club records has yet to sign a new contract, with his deal due to expire at the end of June.

There was customary warmth towards Messi in the social media posts by Barcelona, who showcased a reel of his 10 best goals, and now they must hope he has more birthdays to come while serving at Camp Nou.

Messi, whose career has been a one-club odyssey, is currently on Copa America duty in Brazil with the Argentina national team.

He is Barcelona's record goalscorer and has made more appearances for the club than any other player, also winning an unsurpassed six Ballon d'Or trophies while with the Catalan giants.

Messi sensationally sought to leave Barcelona last year, looking to exercise a clause in his contract that he believed allowed him to depart at the end of the season.

The club disputed his right to go and, faced with the prospect of a legal battle to try to free himself from his deal, Messi rowed back on that intention, committing to another term with the Blaugrana.

He finished as top scorer in LaLiga with 30 goals – seven more than any other player – and helped Barcelona win the Copa del Rey under new boss Ronald Koeman.

Those goals came at a rate of one every 100.77 minutes, with Messi surpassing his expected goals (xG) total of 23.79 comfortably.

However, Barcelona had started the season dreadfully and, despite picking up form in the new year, another dip came in the closing weeks of the campaign as a promising title challenge collapsed.

That allowed Atletico Madrid to capture the LaLiga trophy, with Real Madrid runners-up and Barcelona third.

The financial impact of the COVID-19 crisis has hit Barcelona hard and the contract offer tabled to Messi is reportedly not at the same level as his soon-to-expire deal. 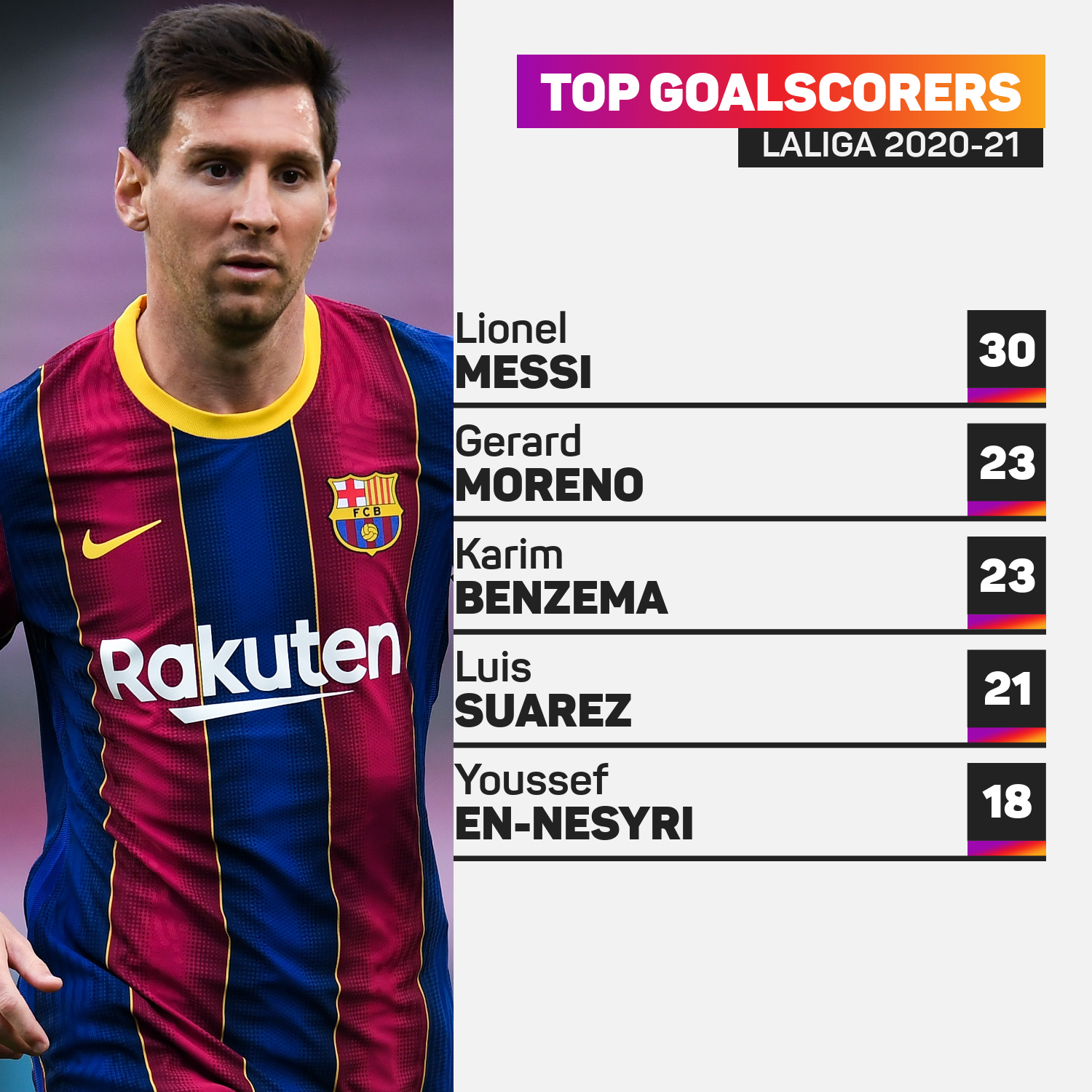 The election of Joan Laporta as club president appears to have been taken as a positive step forward by Messi, who was scathing at times in his criticism of the previous regime, headed up by Josep Maria Bartomeu.

Barcelona have signed the likes of Eric Garcia, Memphis Depay and Messi's great friend Sergio Aguero to reinforce their side for next season.

Clearly, the club are building in the anticipation Messi will commit, rather than be tempted by the likes of past suitors Paris Saint-Germain and Manchester City.

"He wants to stay," said Laporta recently, speaking at the presentation of a TV3 documentary about Messi.