Robert Lewandowski finished second to Lionel Messi in the Ballon d'Or voting, much to the surprise of Lothar Matthaus.

Bayern Munich great Lothar Matthaus "does not understand the world anymore" after Robert Lewandowski missed out to Lionel Messi for the 2021 Ballon d'Or award.

Poland international Lewandowski was considered the favourite to come out on top at Monday's ceremony in Paris following another impressive 12 months for Bayern.

The 33-year-old has scored 53 times in 42 appearances this calendar year so far – 15 more than any other player in Europe's top five leagues across all competitions.

He has averaged a goal every 67 minutes and also made history earlier this year by breaking Gerd Muller's 49-year-old record for the most goals in a Bundesliga season with 41.

Despite his impressive achievements in front of goal, Lewandowski finished second in the voting to Lionel Messi, who claimed a record-extending seventh Ballon d'Or.

Matthaus, who won the coveted trophy in 1990, was among those to question the final standings, which saw Jorginho finish third, Karim Benzema fourth and N'Golo Kante in fifth.

"To be honest, after this vote, I don't understand the world anymore," he told Sky Sport.

"With all due respect to Messi and the other great nominated players, nobody deserves it like Lewandowski." 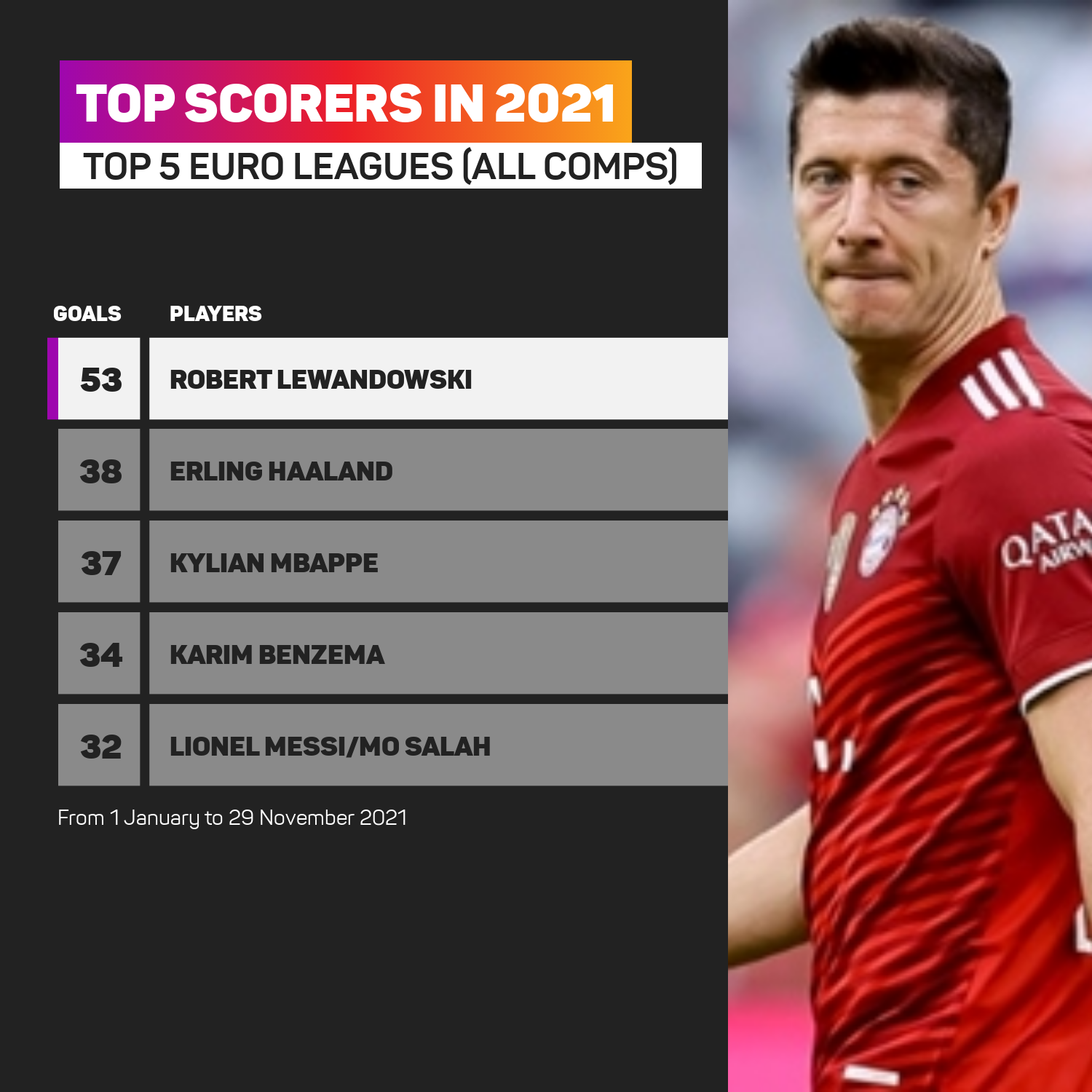 Lewandowski, who also missed out on the 2020 award after it was scrapped due to the COVID-19 pandemic, instead had to settle for the inaugural Striker of the Year award.

"Lewandowski deserved the Ballon d'Or just as much as his top scorer trophy because he has performed at the highest level for years," Kahn said.

"But congratulations nonetheless to Lionel Messi.

"Even without the Ballon d'Or, Lewy has long since arrived as one of the Olympus of football greats. He will still be a Ballon d'Or contender in the years to come."

Congratulations Leo Messi and @alexiaputellas winners of the #BallonDor2021, congratulations also to all nominated players! I won Striker of the Year Award and no Player can win an individual award without strongest team and loyal fans behind him. Thank you for your supportpic.twitter.com/I6j4BtluYS

While Messi had a rather more mixed campaign at club level compared to Lewandowski, the Paris Saint-Germain forward did inspire Argentina to Copa America glory in July.

Messi scored 28 goals in 29 games in the first half of 2021 with Barcelona before completing a shock transfer to PSG, for whom he has scored four goals in his first 11 games.

Lewandowski took to social media on Monday to congratulate the superstar forward on his latest triumph, which takes him two clear of five-time winner Cristiano Ronaldo.

"Congratulations Leo Messi and Alexia Putellas, winners of the #BallonDor2021, congratulations also to all nominated players," he tweeted.

"I won Striker of the Year Award and no player can win an individual award without the strongest team and loyal fans behind him. Thank you for your support."