Wolves forward Rafa Mir has been linked with Atletico Madrid and has indicated that he would be open to a switch to the LaLiga champions.

Rafa Mir believes he would fit in well at Atletico Madrid but will wait until after the Tokyo Olympics to discuss his future with Wolves.

The 24-year-old has failed to settle since moving to Molineux from Valencia in 2018 and has spent the last three seasons on loan with Las Palmas, Nottingham Forest and Huesca.

Mir has less than a year to run on his contract and has been touted as a target for LaLiga champions Atletico, who are seeking further back-up for first-choice striker Luis Suarez.

Reports in Spain on Sunday, meanwhile, suggest the former Barcelona youth product has been offered to the Catalan giants by agent Jorge Mendes.

And with his stock high after scoring a hat-trick for Spain in their Olympic quarter-final win against the Ivory Coast on Saturday, Mir is not ruling out a transfer before the window closes.

"Things are happening. I have not asked to know much until the Games are over," he told AS.

"We will see how things progress. I still have one more year at Wolverhampton and calmly we will decide what is best for me.

"I want to be at a place I'm happy, as I was at Huesca. I want to feel loved by the people and the club. With those ingredients I can play at my best.

"I arrived in England during a difficult situation and then I was injured for a couple of months. My level of English also isn't good, but it's been improving.

"English football is a style I like and that's why I chose to go there after Valencia. Things have not gone as I wanted but I think I can do well there.

"I'm still young and have many more years of my career to go, so we'll see what happens."

Asked about the links with Atletico in particular, Mir added: "They are a great club. I think the way they play suits me very well because of my characteristics. We'll have to see.

"Right now I'm focused on the Games. When they come to an end then we will see." 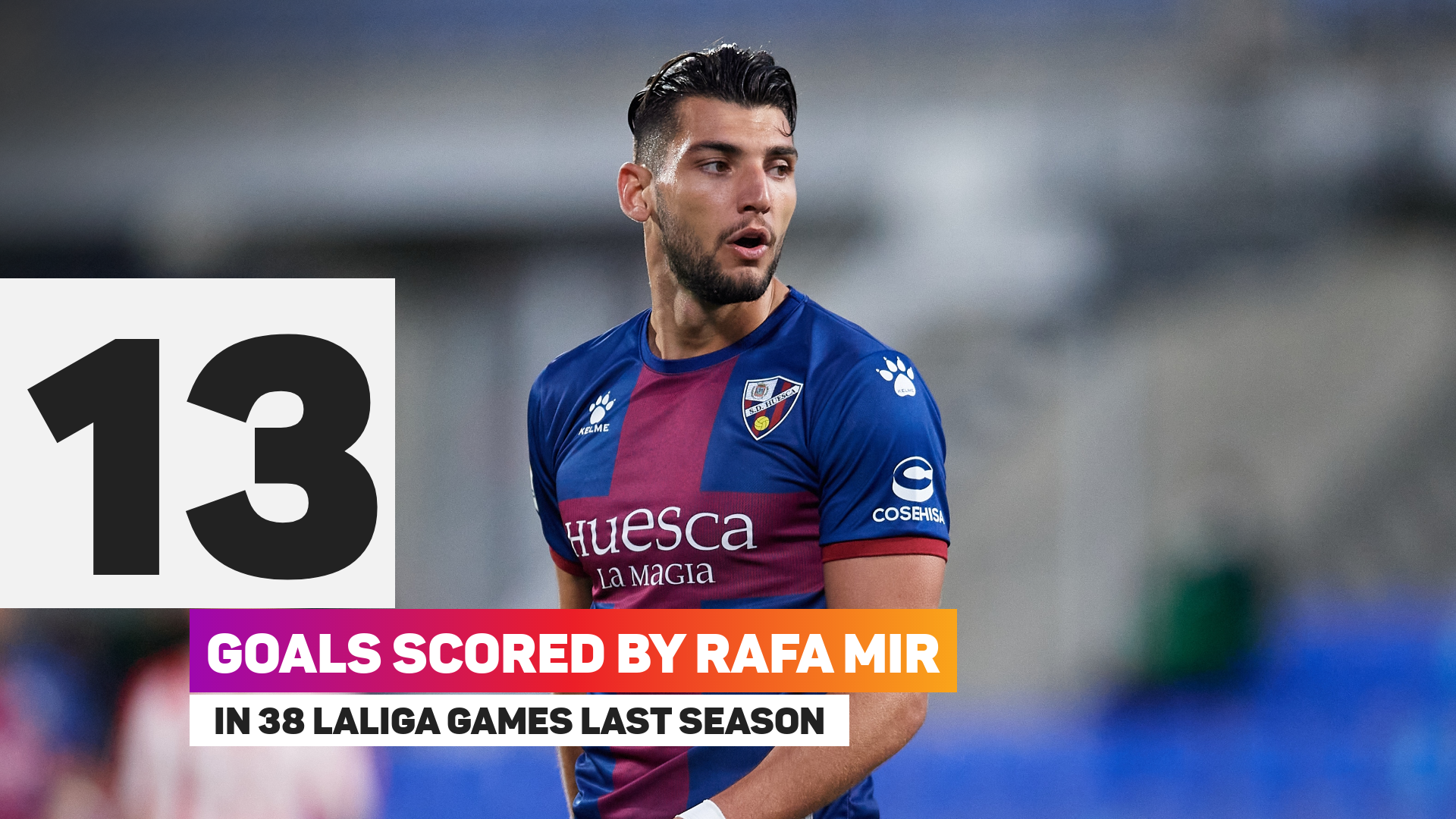 Mir was brought on as a substitute against the Ivory Coast and forced extra time just 58 seconds after being introduced from the bench, netting from his first touch of the ball.

He added two more goals in the additional period to earn Spain a 5-2 win and set up a semi-final with competition hosts Japan in Saitama on Tuesday.

That made the Murcia-born forward the first player to score a hat-trick in a knockout-round game in the tournament since Beijing 2008.

"I'm very happy with those goals and to help the team progress," Mir said. "You wake up with the same desire and enthusiasm which we cam with, which is to get a medal.

"I've had the matchball signed by all my colleagues. I have a space at home for all my football possessions, such as shirts and balls from other hat-tricks I've scored."

Mir scored 13 goals in 38 LaLiga appearances last season – only seven players netted more – but he could not prevent Huesca from suffering relegation to the second tier.

Those 13 goals came from 120 shots, including blocks, which was the third highest tally in the Spanish top flight last season after Karim Benzema (123) and Lionel Messi (196).

Barcelona are set to make another bid for Manchester City's Ferran Torres next year.