You get the minutes you deserve! - Tuchel urges Havertz to shine with Lukaku and Werner out

Chelsea forward Kai Havertz will get the chance to prove he deserves more regular gametime when his side face Norwich City.

Thomas Tuchel has urged Kai Havertz to shine as he gets the opportunity to lead the line for Chelsea with Romelu Lukaku and Timo Werner out injured.

Premier League leaders Chelsea host struggling Norwich City on Saturday without those two forwards, who were injured during the 4-0 Champions League victory over Malmo on Wednesday.

Tuchel confirmed Lukaku and Werner will miss at least two games each and suggested it would be Havertz who fills the void after netting against Malmo.

Havertz has only started four of his side's eight league matches this season, scoring once while yet to register an assist, creating only one chance for his team-mates across 320 minutes of action.

Tuchel explained performances were the reason for the Germany international's lack of action and urged him to show his talent in the upcoming games with Norwich and Southampton to build on his last display.

"To speak the truth, there is only one way to make it to the pitch and stay on the pitch, that's performance," Tuchel said at his pre-match news conference.

"Kai was not at his highest level, others were closer to their level, so it was necessary he waited some matches - we felt other guys were in better shape.

"He did what he needed to do, worked hard, showed resilience, determination to be more decisive, then he got minutes against Brentford, then he scored and was dangerous against Malmo.

"Here we go, there's so much talent, so much potential and he needs to show it, it is as easy as that.

"You get the minutes you deserve and the only thing to make it to the team is performance." 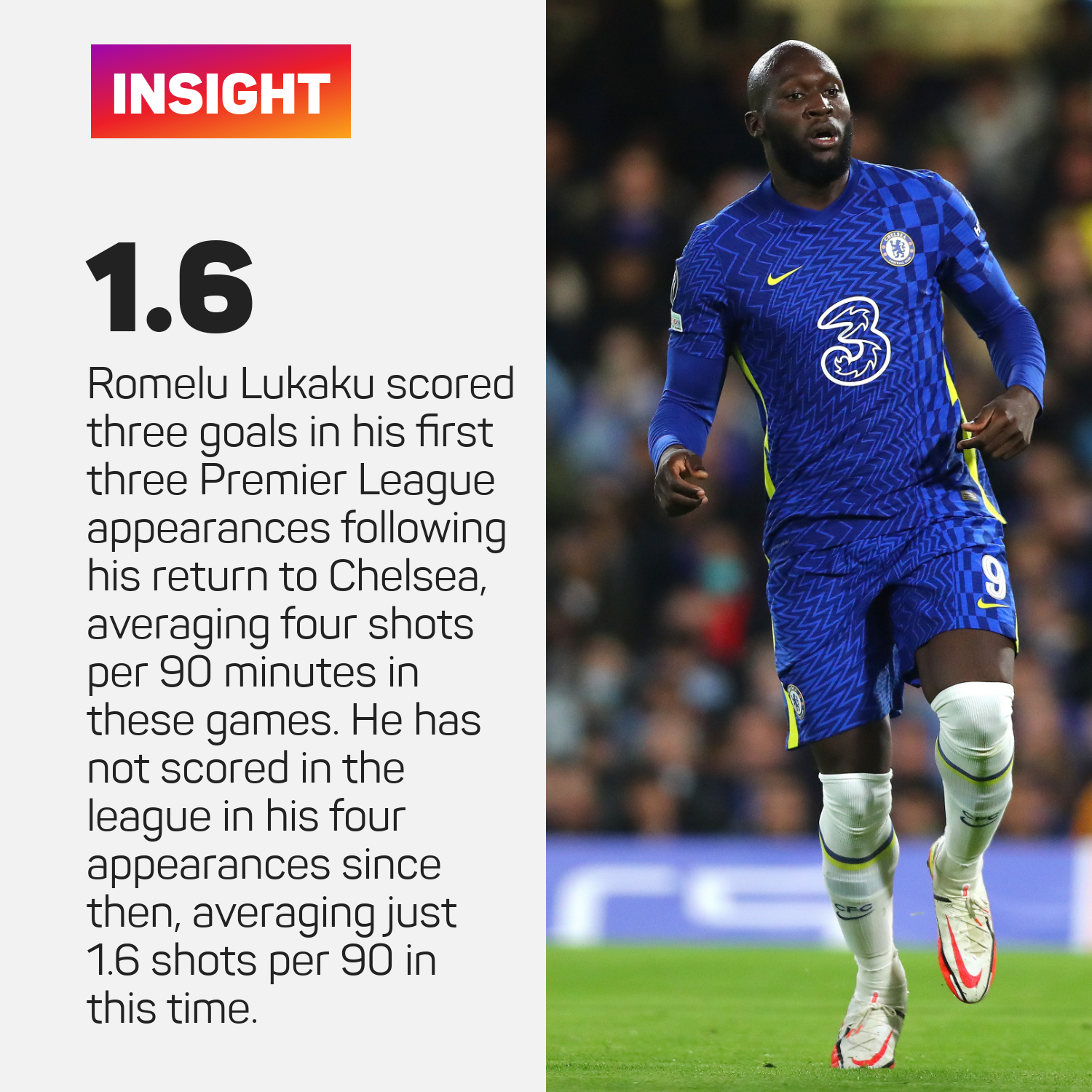 Chelsea have won 10 of their last 12 Premier League games against Norwich (D2), last losing against them in the top flight back in 1994.

Tuchel believes Havertz, who scored the winning goal against Manchester City in the Champions League final at the end of last season, can serve as a similar focal point to Lukaku against the Canaries.

"For me it's a big strength of his, we want this from him and he did against Malmo, so this is more what we expect from him on Saturday.

"If you have Romelu in the squad, he is the reference you work around. We don't have him, the game will be a bit different but we want the same power, same amount of people in the box when we finish our attacks.

"For me that does not change."

No side has conceded fewer goals than Chelsea in the Premier League this season (three), while Norwich have the worst attack so far (two goals scored).

But Norwich will go to Stamford Bridge looking to keep three consecutive Premier League clean sheets for the first time since November 2012, the third game of which was a 1-0 victory against the side who were leading the league at that time, Manchester United.