For the first time at Tokyo 2020, a resident of the Olympic Village has fallen foul of rules than ban sightseeing trips while at the Games.

Tokyo 2020 chiefs have banished an Olympic Village resident from the Games after they broke strict rules by going sightseeing.

Takaya did not identify the person concerned and would not comment on whether they were a competitor.

It is the first case of a resident of the Olympic Village being thrown out for such a breach of the Games 'playbook', which includes restrictions on movement due to the COVID-19 crisis.

Takaya told a media briefing on Saturday: "To leave the Olympic Village for sightseeing, that should not be tolerated and therefore accreditation was removed

"I can't give you any more than that. That decision was made yesterday."

Asked whether the person was an athlete, he added: "I can't tell you. It is a person related to the Games.

"As long as the accreditation is deprived, this person cannot enter into any Tokyo 2020 relevant venues."

Regarding whether any others were involved, Takaya said: "In terms of the number of people, I can't disclose that number."

He said more detail may be provided by Tokyo 2020 CEO Toshiro Muto on Sunday, when he attends the daily Games briefing. 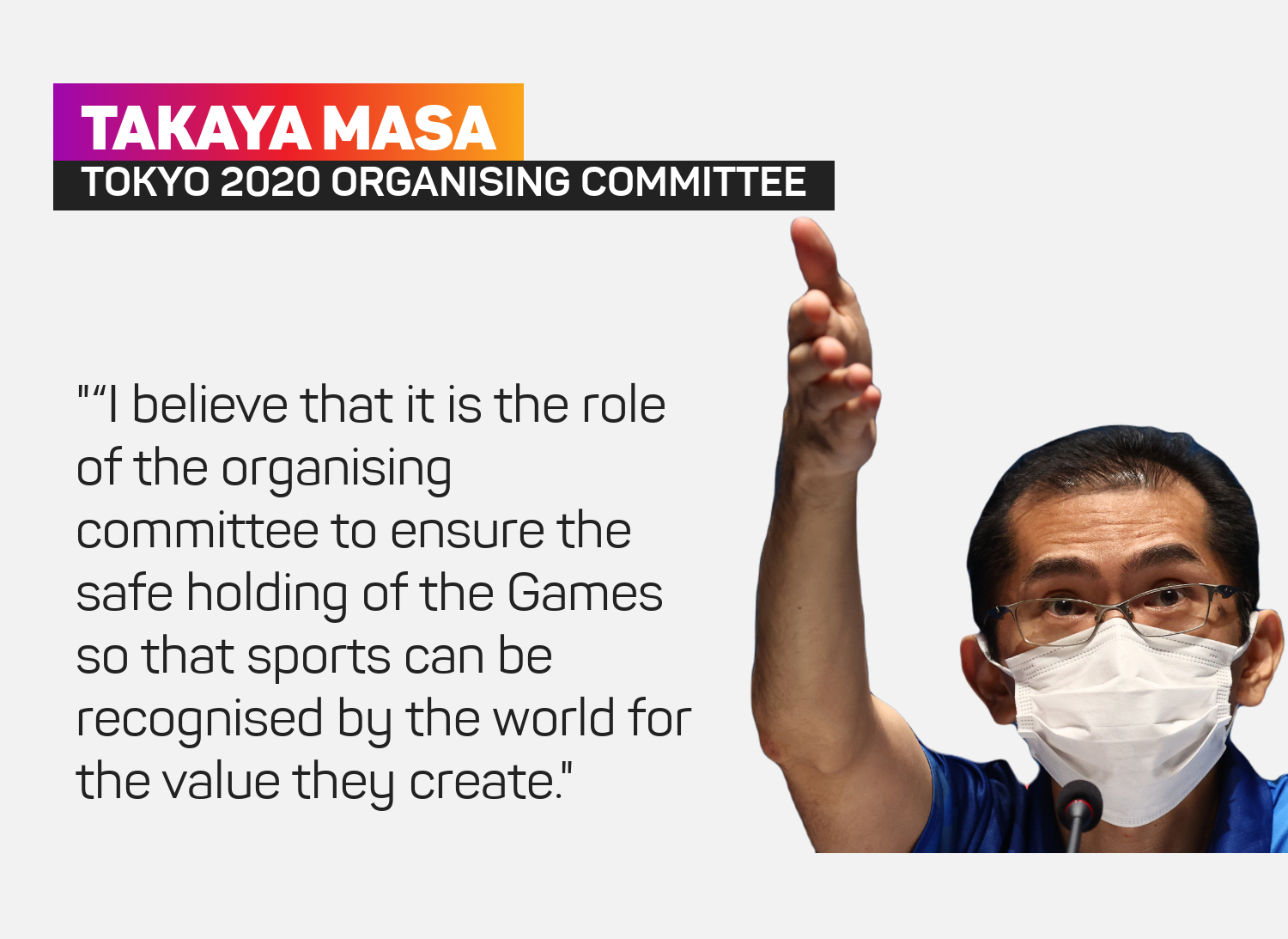 Takaya also said there had been a breach at a hotel housing athletes that are in isolation due to COVID-19 protocols, with two people said to have left.

"According to the facility manager – in this case it's a hotel – I have to say the communication was not adequate. When the hotel faced the people who insisted on leaving, the hotel wanted to retain them, trying to convince them of not leaving, but they have forcefully left the facility," Takaya said.

The German organisation complained of "insufficient supply in basic areas", including fresh air.

"The food supply is neither rich nor balanced, nor does it meet the sometimes specific nutritional requirements of top athletes," Athleten Deutschland added.

"Athletes who have resumed training activities in the room have to wash sweaty clothes in the sink, which hardly dry afterwards.

"You feel left alone and have to obtain a lot of information yourself. It is unclear to you what the exact sequence of the quarantine is and what steps have to be taken after it has ended."

Barcelona are set to make another bid for Manchester City's Ferran Torres next year.