Simmons situation 'moving very much in a positive direction' – Morey

Philadelphia 76ers president of basketball operations Daryl Morey said the Ben Simmons situation seems to be "moving very much in a positive direction" amid the All-Star's absence.

Simmons is yet to feature for the 76ers this NBA season, sitting out games against the New Orleans Pelicans, Brooklyn Nets and Oklahoma City Thunder, having sought a trade following the team's shock playoff exit to the Atlanta Hawks in 2020-21.

After being suspended for the season opener due to "conduct detrimental to the team", Simmons met with head coach Doc Rivers, star Joel Embiid and the team last week, notifying Philadelphia he was not mentally ready to play and needed time to step away.

Morey provided an update on Simmons, who has reportedly attracted interest from the likes of the Minnesota Timberwolves, Golden State Warriors, Indiana Pacers, Cleveland Cavaliers and Portland Trail Blazers.

"Ben came in at the end of last week and said he had back stiffness, and he's dealing with some personal reasons off the court," Morey told NBC Sports.

"Both [the Sixers] take very seriously. We're working with Ben to provide every resource to help him with what is needed. And he spoke to his team-mates; things seem to be moving very much in a positive direction.

"He'll probably be doing individual workouts while he works through this and working through everything that we can help him with and hope to get him back out there as soon as he's ready." 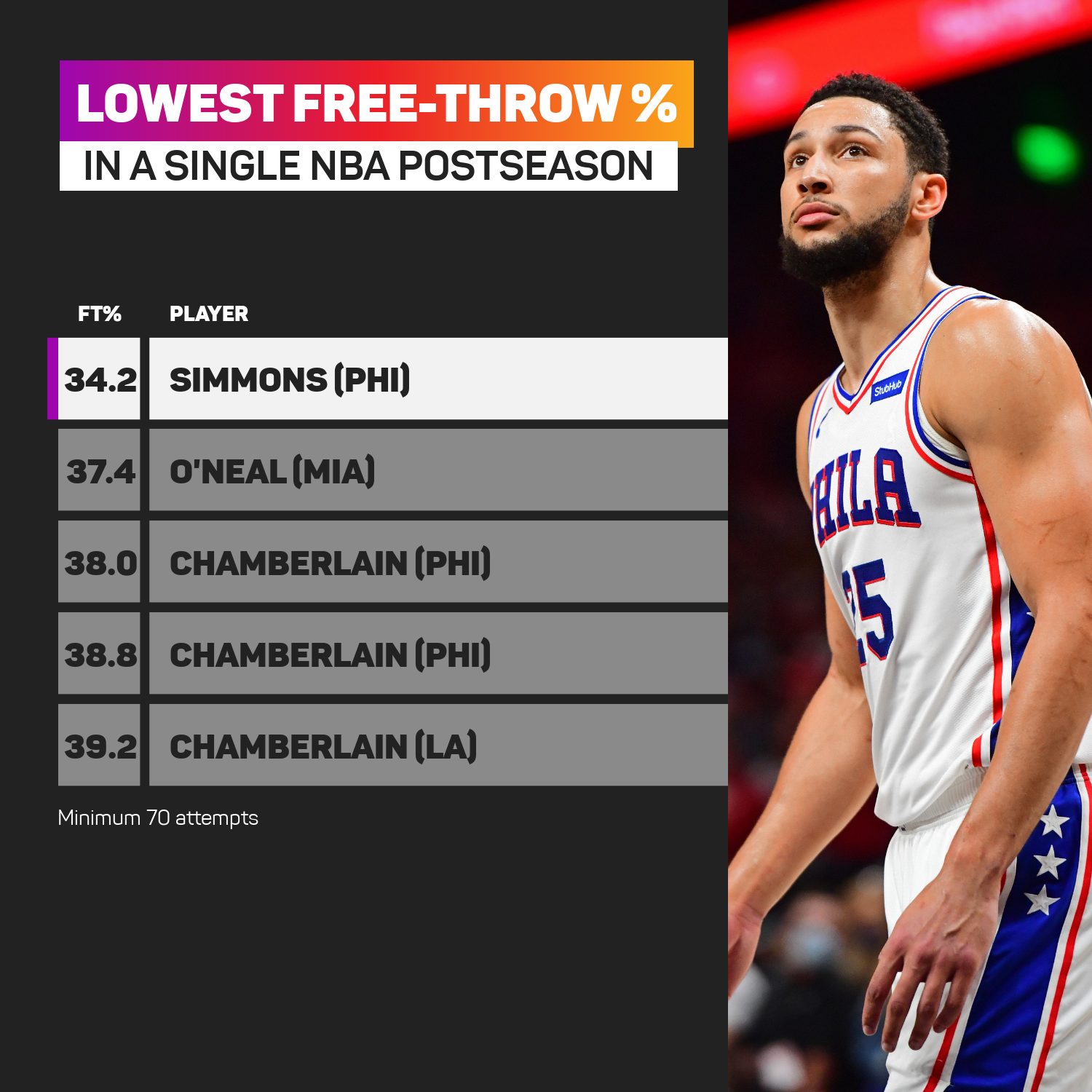 Simmons – an elite defender who signed a five-year, $177.2million contract extension in 2019 – and his shooting problems were laid bare during the 2021 postseason with the top-seeded 76ers, who were eliminated in the semi-finals.

The 25-year-old had no fourth-quarter field-goal attempts in his last four games of the playoffs against the Hawks last season. He is the only NBA player in the last 20 seasons to have four consecutive postseason games with no field-goal attempts in the fourth quarter during a season in which he was an All-Star, according to Stats Perform.

Simmons averaged just 10.1 field-goal attempts in 2020-21 – a career low, which dropped to 7.9 in the playoffs. It was the same story with his scoring as it dropped to a career-worst 14.3 points per game and 11.9 in the postseason – both career lows.