The Premier League table already looks to be taking shape, with a thrilling title race potentially in store.

Two of the favourites meet early on Saturday, as Chelsea welcome Manchester City to Stamford Bridge.

At the same time, Manchester United – joint-top alongside the Blues and Liverpool – host Aston Villa at Old Trafford.

With the season really kicking into gear, so are the title races in fantasy leagues. So, to avoid getting left behind, take heed of our Opta-powered picks for matchday six...

Despite their EFL Cup defeat to West Ham on Wednesday, United remain unbeaten in the league and moved onto 13 points thanks to some late drama last Sunday, also in a match against David Moyes' Hammers.

Jesse Lingard came off the bench to score against the club for whom he starred on loan last term, but West Ham were awarded a last-gasp penalty and a chance to rescue a draw. However, substitute Mark Noble, with his first touch, saw his penalty saved by David de Gea.

It ended a run of 40 penalties without a save from De Gea, who has now this season prevented more goals (2.5) than any other keeper in the Premier League, according to expected goals on target data.

2016 - Including shoot-outs, David de Gea has saved a penalty for the first time since April 2016 for club and country, conceding 40 consecutive penalties before saving Mark Noble's in stoppage time today. Timely. pic.twitter.com/HmaVr0QcrK

Has Graham Potter's luck at Brighton and Hove Albion finally changed? His team have impressed over the past few seasons, yet a clinical edge was often missing. Now, though, the Seagulls have won four of their five games and sit pretty on 12 points.

A key figure in their strong start has been Shane Duffy. The centre-back's career looked to be petering out after a poor loan spell at Celtic last season, but he has come back strong this term.

No Premier League defender has had more shots (10) or scored more goals (one) than Duffy so far this season, while only Man City have faced fewer shots on target than Brighton in 2021-22.

Reece James is of course an expensive option for fantasy players, though it is an investment worth making, given his ability going forward and the fact he plays for one of the competition's strongest teams.

Despite only playing 158 minutes so far in the league, James has been directly involved in three goals, more than any other defender.

He has scored once and provided two assists, averaging a goal involvement every 53 minutes.

Given the hype around Cristiano Ronaldo's return to Old Trafford, it would be understandable if many fantasy players had elected to sacrifice his compatriot Bruno Fernandes in order to free up funds for the former Real Madrid and Juventus superstar.

But Fernandes is still one of the most reliable players in the league when it comes to accumulating fantasy points, and he would have had an assist in the win over West Ham had Ronaldo's initial effort gone in before he netted the rebound.

Fernandes has scored in all three of his Premier League appearances against Villa, with all three of his goals coming from the penalty spot. Only one player has scored more goals against an opponent with 100 per cent of them being penalties in the competition – Troy Deeney against United (four). No player has more goal involvements (49) than Fernandes since he made his debut in February 2020. 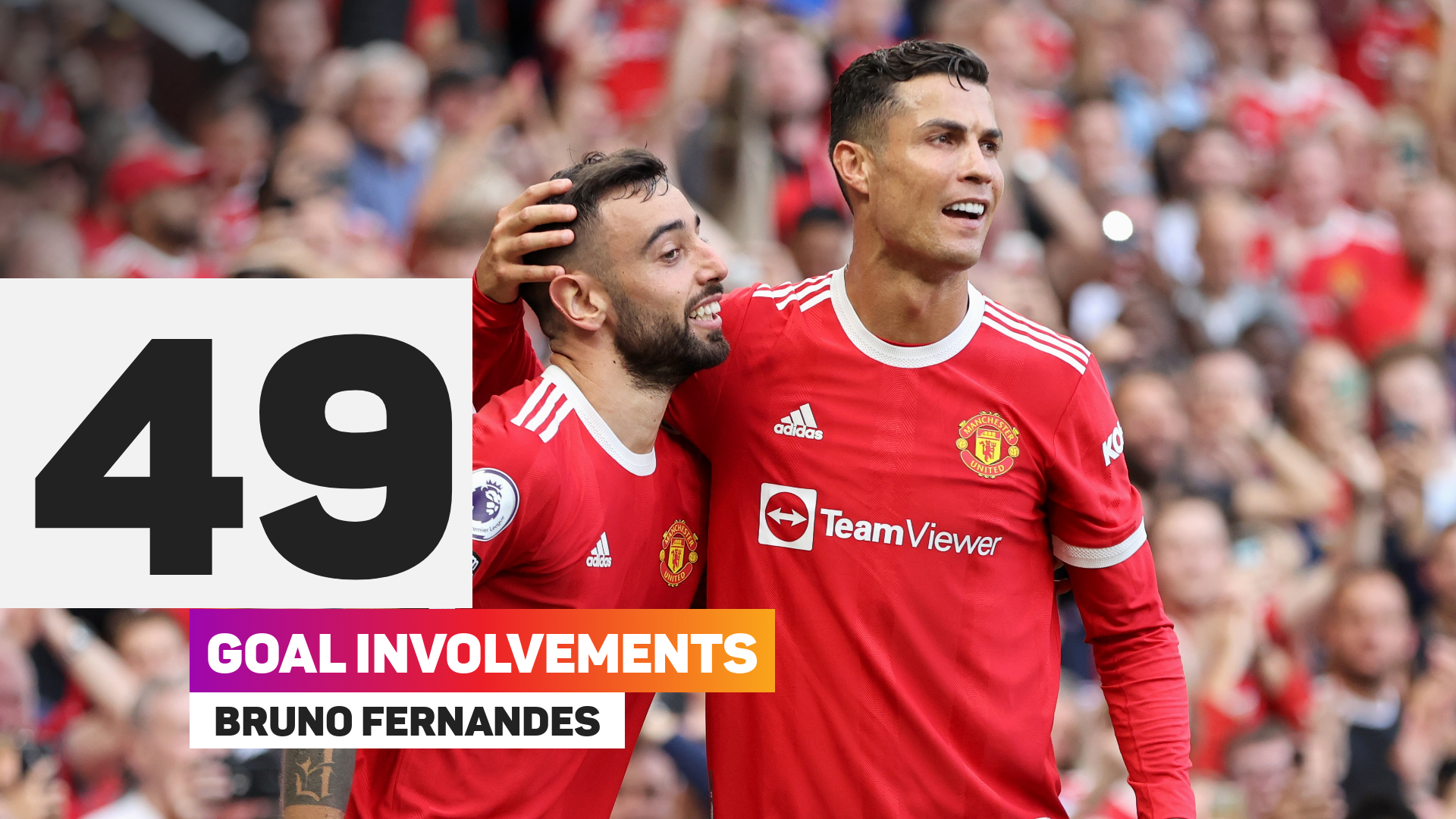 Rafael Benitez's unbeaten start at Everton came to an end at Aston Villa last week, before the Toffees then crashed out of the EFL Cup in midweek, with James Rodriguez's departure to Qatar completing a difficult few days.

Benitez, a contentious pick as Everton manager, could do with a win on Saturday against Norwich City, who are on a 15-match losing streak in the Premier League.

With Dominic Calvert-Lewin and Richarlison likely to miss the game through injury, Everton need Demarai Gray to carry on his fine form. He has scored three goals so far this season from just three attempts on target. Only in 2018-19 has the winger scored more goals in a single top-flight season (four).

After winning at Watford to finally get their first points on the board, Wolves went down 2-0 at home to 10-man Brentford last time out.

Wolves have played some exciting football under new boss Bruno Lage, but they need to start converting their chances, and Raul Jimenez coming back into form would be key to doing just that.

Although he has yet to score or assist in the Premier League this season, Jimenez has been directly involved in 29 shots (14 shots, 15 chances created). Only Mohamed Salah (37) and Sadio Mane (31) have been involved in more. The Mexican has created the most chances without an assist and taken the joint-most shots without a goal, so surely his luck will change soon.

It has not been a flying start to the season for FA Cup holders Leicester City, who have had some inconsistent results and performances to match.

They lost to Brighton last week, going down 2-1, with Jamie Vardy scoring his 150th goal in all competitions for the Foxes.

Vardy has been directly involved in six goals in his past six Premier League games (five goals, one assist), with these involvements accounting for 86 per cent of Leicester's total goals in that run (six of seven).

Chelsea made sure of their place at the top of the Premier League for another week as, without Romelu Lukaku, they hammered Norwich City.

Barcelona are seventh in LaLiga and trail Real Madrid by two points, but Ronald Koeman is buoyant on the back of successive wins.