Neuer has made 300 appearances in the Bundesliga for Bayern since moving from Schalke and holds the record for the most clean sheets in the German top flight (209), having surpassed Oliver Kahn (196) in 2021.

But the Germany international's current contract in Munich expires at the end of the next season, when he will be aged 37, leading to questions over his future.

While Nagelsmann was unable to provide an update on the situation, he insisted that the 35-year-old can continue performing for many years to come.

"I don't know [about negotiations] but I know that he still has a contract and is an outstanding goalkeeper," he told reporters at Friday's pre-match news conference ahead of a trip to Hertha Berlin on Sunday.

"You could see right away that he played an outstanding game against Cologne. He will keep this quality for a few more years."

Asked about the competition, or lack of, between Neuer and Alexander Nubel, the Bayern head coach responded: "As long as he's playing at this level, it's difficult for any player to get past him.

"Manuel is still the best goalkeeper because he plays every part of the goalkeeping game very consistently.

"I can't imagine it stopping abruptly at 36. We can analyse the situation when the time comes. Both are currently playing and are satisfied." 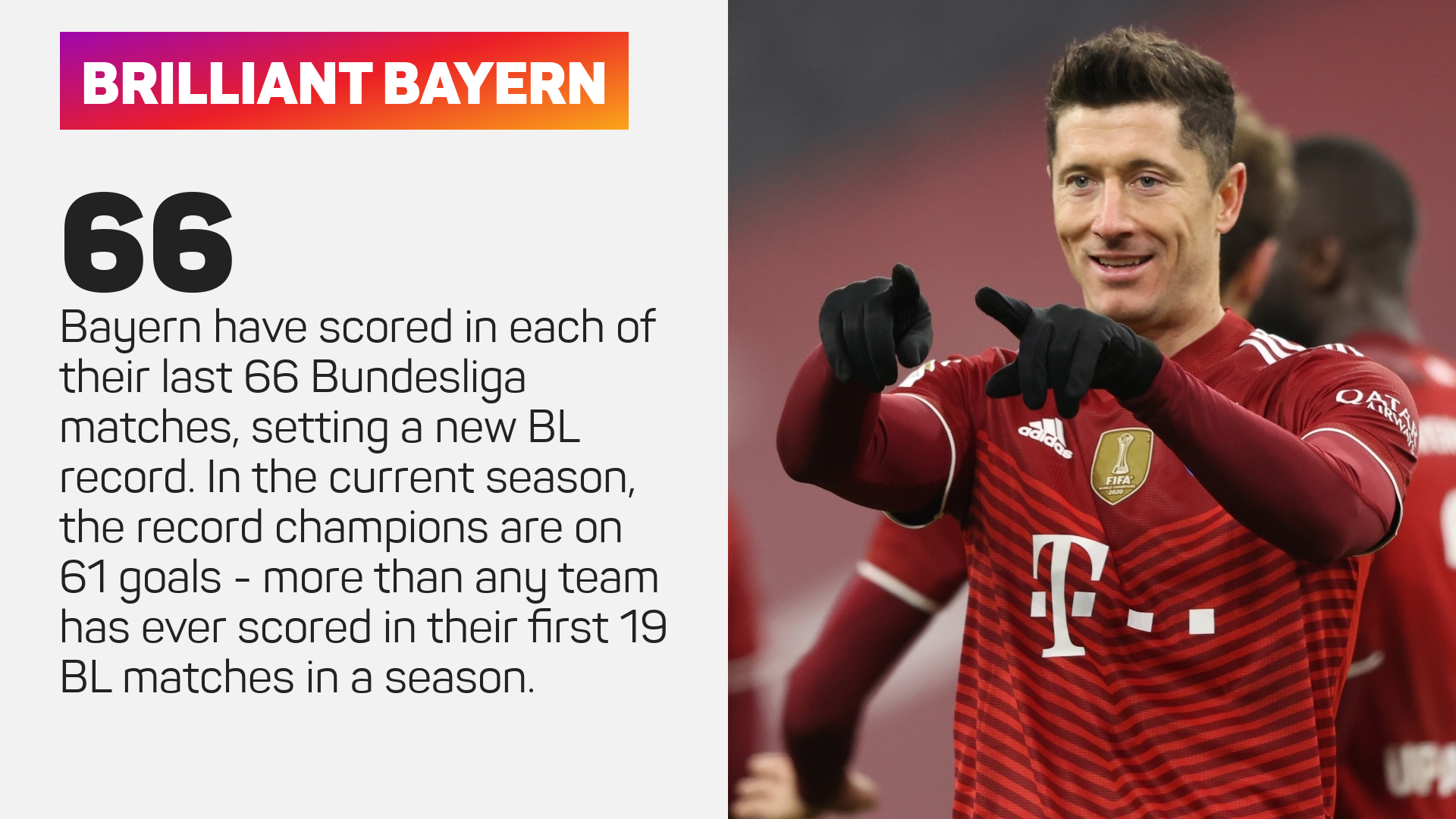 The reigning Bundesliga champions head to Berlin six points clear of Borussia Dortmund at the top after a Robert Lewandowski hat-trick inspired them to a 4-0 win over Cologne.

Hertha have won just one of their last 21 league meetings with the Bavarian side, while Nagelsmann has not lost any of his 12 top-flight clashes with them as a coach.

Only Christoph Daum, against Bochum, has faced an opponent more often (20) without losing a single time but Nagelsmann downplayed the importance of his record against Sunday's opponents.

"It's more of a coincidence," he added on his success against Hertha. "We didn't always play exceptionally well in Berlin. If you have a positive record, you should make sure that it's like that remains.

"They play significantly more football than before, more flat balls, but still a lot of chip balls to [Ishak] Belfodil, who is one of the most under-rated strikers in the league.

"He works well with his body, it's incredibly difficult to defend.

"With [Marco] Richter and [Suat] Serdar, there are good footballers on the outside. It's more the footballing, courageous approach that [Tayfun] Korkut also demands.

"The rest of the defence will be very important for us. In the end, you saw against Wolfsburg that there are a lot of spaces you can attack from, but they also defend much more actively and aggressively."

Despite Bayern's recent dominance, Nagelsmann insisted there is still potential for much improvement, though he feels their progress in Europe could depend on coronavirus.

"I'm satisfied, but we still have a lot of potential," he added. "The processes haven't worked consistently for several weeks. Me and the players take a critical look.

"It's the case that the coronavirus issue is the season will affect how the teams get through.

"There are no longer the extreme quarantine rules. Corona is a thing that you cannot influence very well. If you want to go far in the Champions League, you also have to be a little lucky with Corona quarantines."