Liverpool manager Jurgen Klopp has said he sees similarities between improvement of Nat Phillips and his work with Robert Lewandowski.

Jurgen Klopp has claimed the improvement he has seen in Nat Phillips reminds him of Bayern Munich star Robert Lewandowski.

The Liverpool boss managed Lewandowski at Borussia Dortmund between 2010-2014, where the Poland striker scored 103 goals in 187 games before moving to Bayern.

Klopp was forced to rely on Phillips for much of last season after injuries decimated his defensive options.

The Bolton-born centre back - who also has some German football experience from a loan period at Stuttgart two seasons ago - became a regular part of Liverpool's backline after Virgil van Dijk, Joe Gomez and Joel Matip had all been sidelined with long-term injuries.

While the Reds fell away from the title race in the second half of the campaign, with the help of Phillips, they were able to secure third place and Champions League football thanks to a late-season resurgence.

Phillips particularly showed his aerial prowess, winning 96 aerial duels in his 17 Premier League games. Only nine defenders won more, all of whom played at least 13 more games than the 24-year-old. 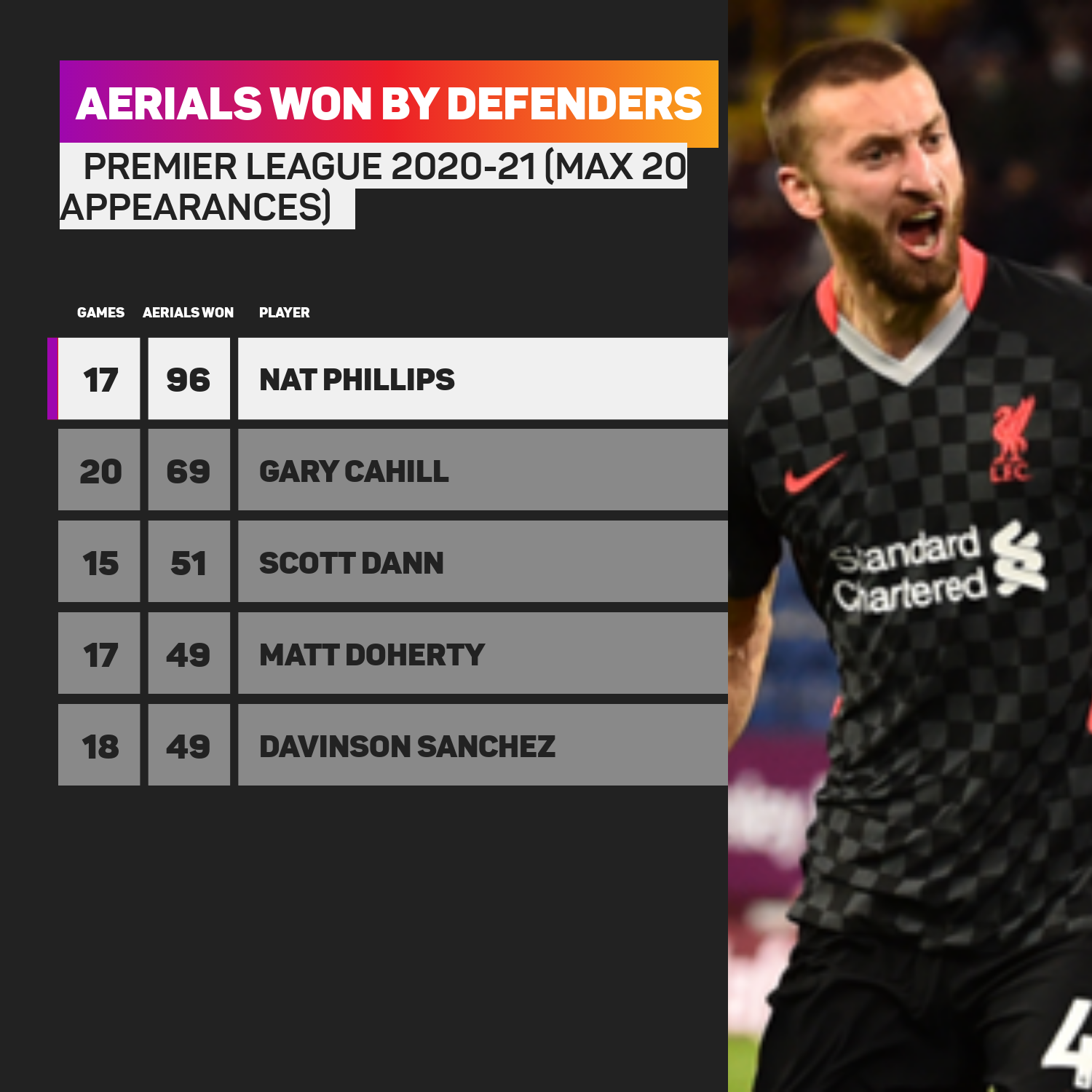 Klopp sees a lot of similarities in the improvements shown under him by Lewandowski and Phillips.

"People often ask me which player made the biggest improvements under my leadership, and I say Robert Lewandowski," he said.

"That's probably right, but not far off that is Nat Phillips, just in a completely different department.

"I remember when I saw Nat Phillips first. I spoke to him after the game and he's one of the smartest players I ever worked with. I told him, 'You know you are not the easiest on the eye, eh?'

"He improved in pretty much everything since, and he's not playing. Life is sometimes not fair and I can't blame him."

Phillips has been linked with a move away from Anfield in the January transfer window after making just three appearances this season, with Van Dijk, Gomez and Matip all back from injury and Ibrahima Konate signed from RB Leipzig at the end of last season.

"We cannot keep him forever, that's clear," Klopp added. "We needed him, just to be safe, for that half-year. We will see what happens in the window. He was fine doing it because he's a great guy.

"His development is absolutely insane. You saw it last year, you would have said 'Nat Phillips, oh my god, he plays in the last line?'

"People love him because of his heading but with his feet he is unbelievable. He's a late starter, but his development is unbelievable. I would sign him for any club except Liverpool, because we have him."

Rumour Has It: Traore could leave Wolves for Barcelona or Tottenham

Wolves are said to be ready to sell Adama Traore, with Tottenham and Barcelona interested in the Spain international.

Ng Tze Yong will take a lot of heart from his India Open outing, where he reached the semi-finals, as he prepares to fare better at the upcoming India International.