If you're not afraid, you face the lion thinking it's a cat – Ancelotti says pre-Clasico nerves can be a good thing

Real Madrid boss Carlo Ancelotti is winless in five away games against Barcelona but is hoping to put that right in Sunday's Clasico.

Carlo Ancelotti has urged his Real Madrid players to use any pre-Clasico nerves to their advantage when they take on Barcelona at Camp Nou on Sunday.

Madrid face Barca in a key early season showdown in LaLiga, with the visitors two points better off than their fierce rivals heading into the much-anticipated game.

Los Blancos thrashed Shakhtar Donetsk 5-0 in the Champions League in midweek, but they have taken just one point from the last six on offer in LaLiga.

After suffering a shock 1-0 loss to Espanyol three weeks ago, Madrid risk suffering back-to-back league defeats for the first time since the final two games of the 2018-19 season.

Ancelotti has experience of facing Barcelona as Madrid boss from his first stint in charge and is fully aware of the magnitude of the contest.

"Worrying is a normal emotion. Sometimes even fear – they are positive feelings," he said at Saturday's pre-match news conference.

"If you are not afraid, you face the lion thinking that it is a cat. I have a strong team, a team with real quality.

"Fear is not a bad feeling. Fortunately, I am never scared because I think there are worse things in life than to lose a game." 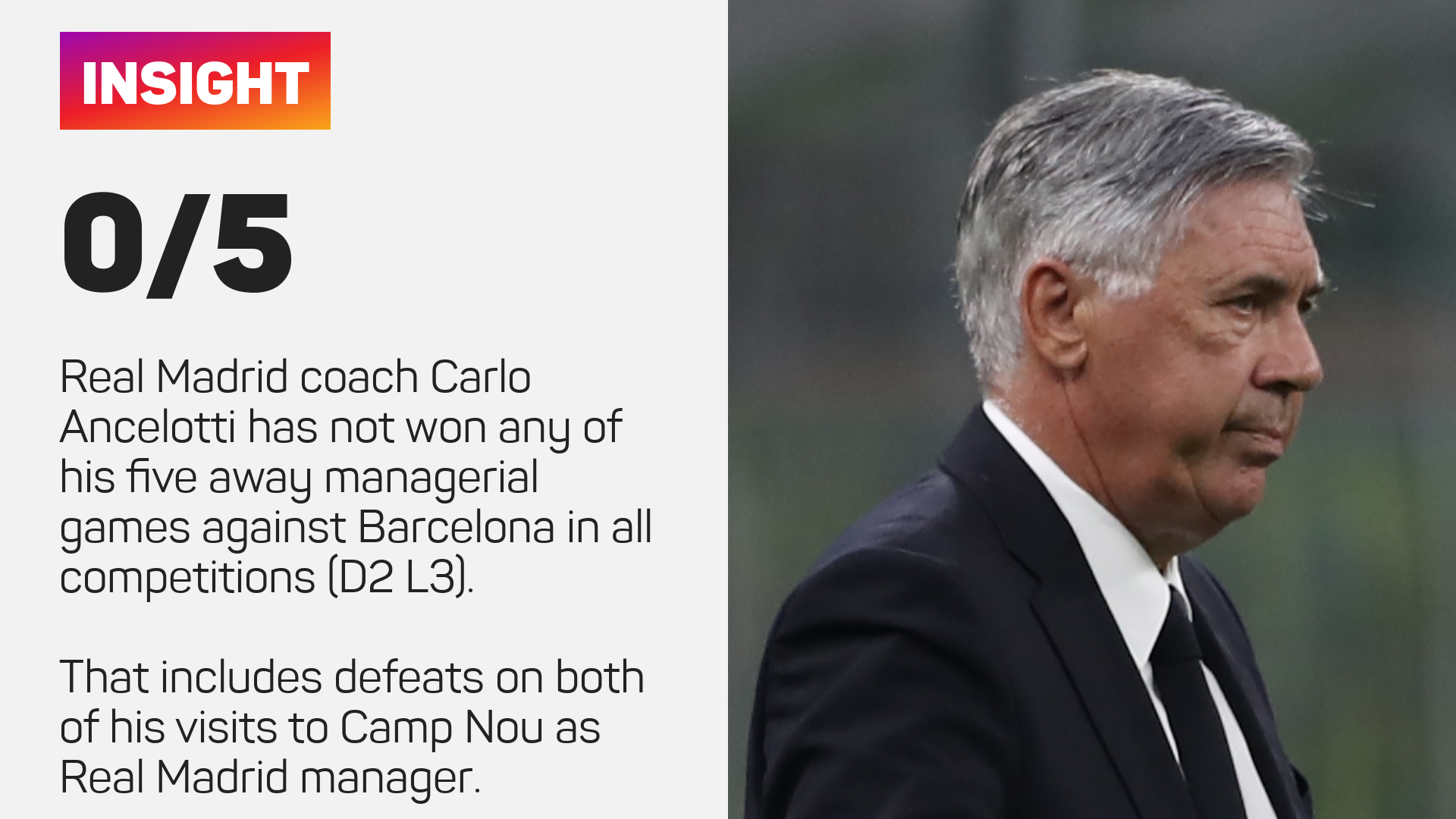 Ancelotti was responding to comments made by opposite number Ronald Koeman earlier on Saturday when insisting Barca's players do not fear Madrid.

Madrid have won their last three games against Barcelona in all competitions and are looking to win four in a row for the first time since a run of seven in 1965.

The Catalans may no longer have record all-time goalscorer Lionel Messi in their ranks, but Ancelotti does not doubt the quality of the opposition.

"I don't like evaluating the squads of others," the Italian said. "But they have maintained that identity of playing good football. There's no Messi, but their youngsters are fantastic.

"It is tough to say who arrives in this game in better shape because Barca have played good games lately. In this type of match, there can be no favourite."

This will be the first season since 2004-05 that neither Messi nor Cristiano Ronaldo will make a Clasico appearance, with many suggesting the fixture has lost some of its lustre.

But Ancelotti, who has not won any of his five away managerial games against Barcelona in all competitions, does not see it that way.

"This is a special match for those who experience it," he said. "The feelings are the same as when Cristiano and Messi were involved. 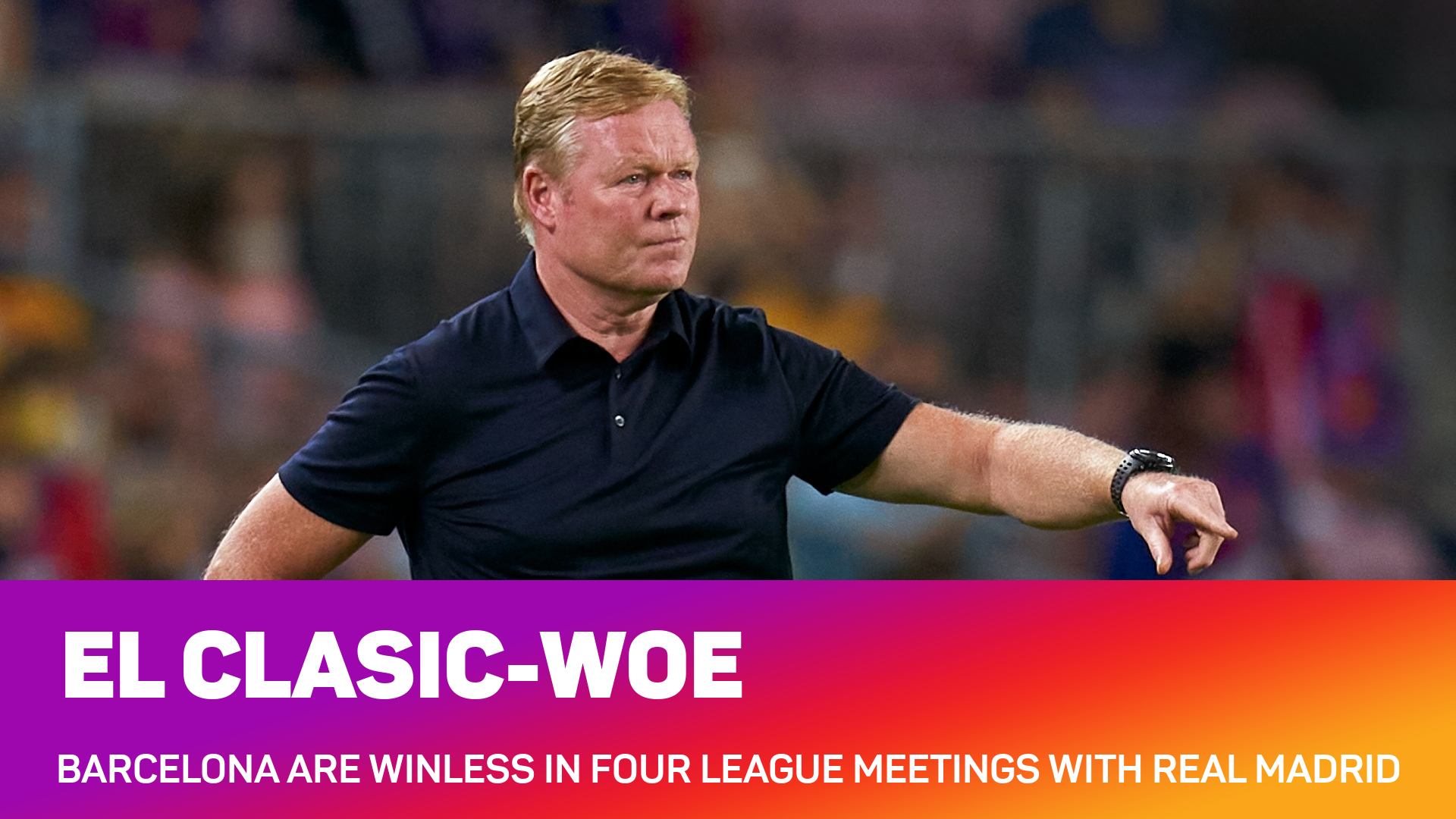 Having lost both previous games at Camp Nou as Madrid boss, Ancelotti could become just the second Los Blancos chief to lose his first three away El Clasicos after Leo Beenhakker, who suffered four defeats in a row between 1987 and 1988.

"I have never won at Camp Nou and now is the time to do it," Ancelotti said when that fact was put to him. "That said, it is never easy.

"There are three points on the line and if we want to win the league then we have to target them."