Ten Hag cut a frustrated figure as his new side slumped to a 2-1 defeat to Brighton and Hove Albion on Sunday, with Pascal Gross' first-half brace handing the Seagulls their first win at Old Trafford.

That made Ten Hag the first United boss to lose his maiden Premier League game in charge since Louis van Gaal in 2014 (against Swansea City), and came off the back of a frustrating off-season for the side.

United have thus far failed to attract top transfer target Frenkie de Jong from Barcelona, while they deployed Christian Eriksen as a false nine against Brighton with Cristiano Ronaldo only fit enough to appear from the bench.

But Liverpool legend Carragher has urged United's fans to keep faith with Ten Hag, claiming they can only improve on a dire 2021-22 campaign.

"No matter how poor Manchester United are at the moment, you would still expect them to beat Brighton at home," Carragher told Sky Sports on Tuesday.

"It just shows what a manager who has been in the job for two or three years and had that time to implement what he's about with his team can do – and you can see that with Graham Potter and Brighton. Manchester United are not at that stage right now with a new manager.

"I still think Manchester United will improve on last season. You can't see it getting any worse with their points that they got and the goals they conceded. The window's not closed, they've still got a couple of weeks to get some players in.

"There's criticism of the players they're trying to bring in, but I've been in that position myself at Liverpool when you're trying to chase the top teams and at times you have to think: 'Should I take a chance on this player?'

"Liverpool or Manchester City don't have to take those chances. That's the benefit of being successful. You can't judge the squad until the window's closed and you'll see where they go from there.

"Ten Hag has got a great pedigree in what he did with Ajax and how good they were in the Champions League. He built two teams there, so you have to keep the faith with the manager."

United set several unwanted records as they finished sixth in the Premier League last term, posting their lowest points tally (58) and worst defensive record (57 goals against) in the competition's history.

Carragher's former club Liverpool also endured a frustrating start to the new campaign, having to come from behind twice in a 2-2 draw at newly promoted Fulham. 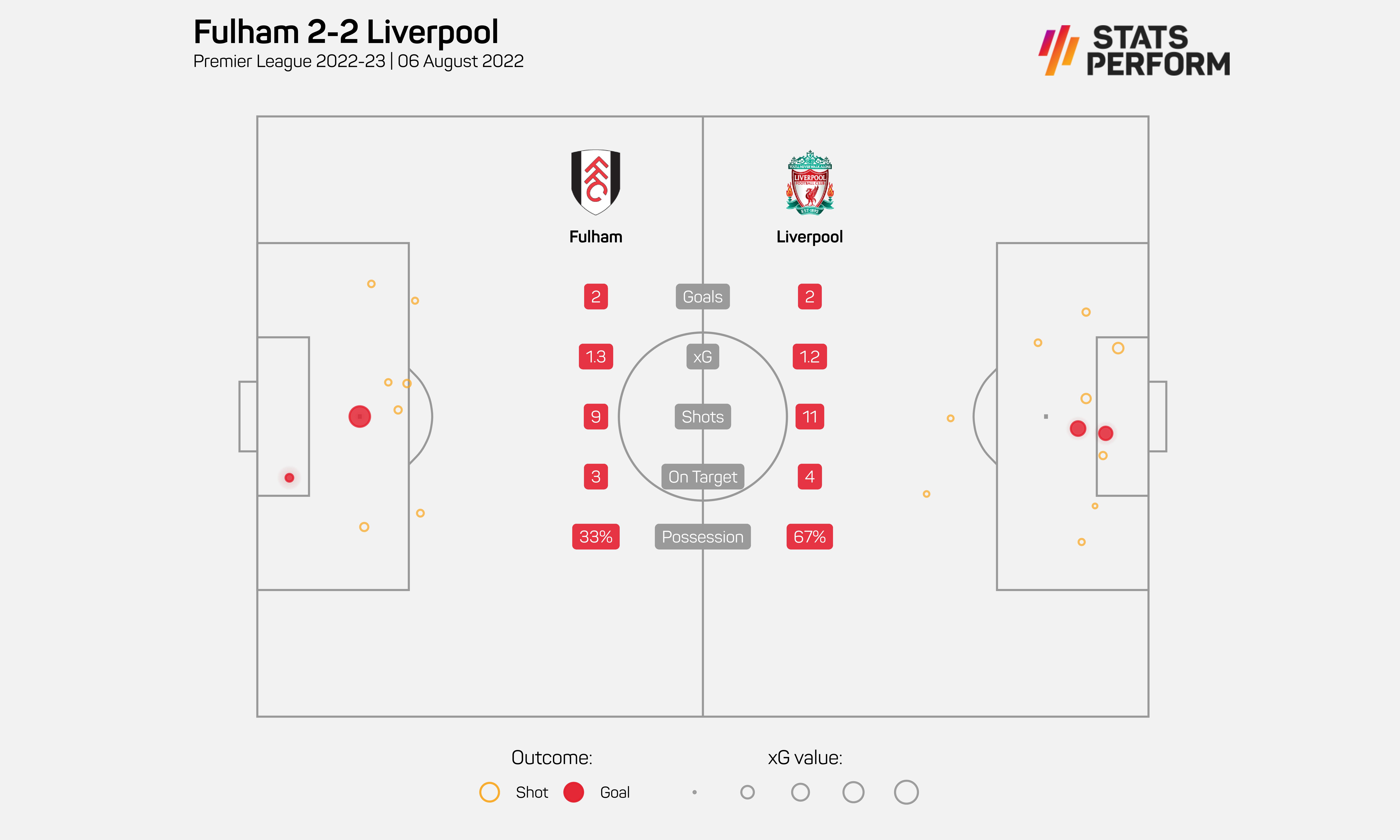 Jurgen Klopp also lost midfielder Thiago Alcantara to injury at Craven Cottage, but Carragher believes there is no reason for the Reds to panic amid calls for them to dip into the transfer market.

"Going a newly-promoted team for the first game of the season, with all the energy there for their supporters, is sometimes too difficult to stop," he said. "You expect a team of Liverpool's quality to be able to do that, but it just wasn't to be.

"We can't be too critical, it's the first game of the season. This team have produced so much and you can see that the quality is there. It's not the end of the world, there's still 37 games to go.

"Most people would say Liverpool's midfield could now be strengthened. It's not having a go at the midfield players that they currently have, it's just the age profile of some of the midfielders there, who are getting into their thirties.

"Liverpool's first-choice midfield – and the one that played at Fulham – is getting towards the 30-age mark. You think a younger and more energetic player at some stage is needed.

"I would only want Jurgen Klopp and Liverpool to do that if they get the midfielder they want. Liverpool's success in the transfer market has been down to not panicking.

"If there's no midfielder they want out there, don't get him. But if they feel there's one who has that quality and is available, I would like them to do it of course. But don't panic."