Thomas Tuchel refused to concede the Premier League title race to Man City, before criticising the scheduling of Chelsea's trip to Brighton.

Chelsea boss Thomas Tuchel has refused to concede the Premier League title race, despite his side sitting 13 points adrift of Manchester City after their 1-0 defeat at the Etihad Stadium.

Speaking ahead of Chelsea's trip to face Brighton, who have never beaten the Blues in 13 league meetings, Tuchel also criticised the scheduling of his team's trip to the Amex Stadium.

Chelsea are winless in three Premier League games, their longest run without victory under the German coach, but Tuchel, while praising City, claimed his team are still in contention for a first Premier League title since 2017.

"Maybe we have to stop focusing on our own problems, and simply admit that City are in a very strong place", Tuchel said.

"In the last 12 matches they have a 100 per cent record. They earned what they have. Maybe it's necessary to admit this.

"The second thing to say is that we will never give up. Never, never, never, until the race is over.

"I told you many weeks ago that we were in a good place because we were in the middle of the race. Maybe we're not there anymore, but we're still in the race.

"We cannot lower our ambitions because it [the gap to City] is now 13 points, we cannot. We are committed to our goals."

Chelsea managed just one shot on target in their defeat at the Etihad, struggling to make inroads against the team with the most clean sheets in the Premier League (13), but Tuchel seemed content with his side's performance against the champions. 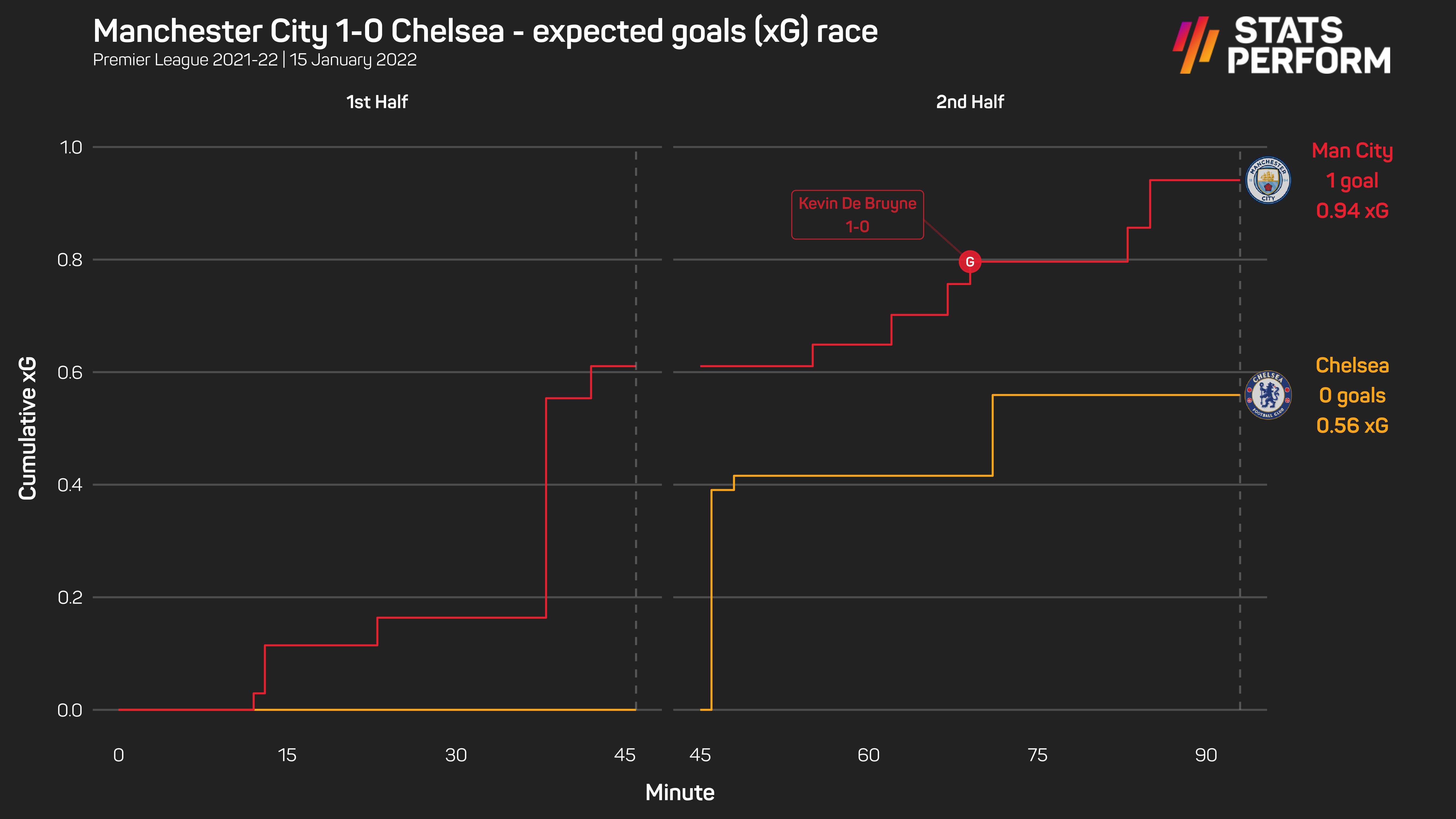 "Last match, like all the five matches we've played now against Manchester City [since Tuchel took charge last year], was 50-50," he said. "We won the first three, but all of them could have gone the other way.

"I'm happy with where the team is, there's no need to doubt the process. We will bounce back and never give in."

Tuchel was also asked about the scheduling of the trip to Brighton, brought forward due to the Champions League holders' appearance at next month's FIFA Club World Cup, and criticised the decision to play the match in the middle of a busy period for his team.

"It's very hard to understand," he said. "Now we have three away games in a row. Both Brighton and we have our next games on Sunday, so there was no need to put it on a Tuesday.

"Now it's been squeezed in this week. Last week we didn't have a whole week to prepare for Manchester City because we had the Carabao Cup semi-final.

"On one hand I don't want to complain or to make excuses, absolutely not, but for example, all coaches in the semi-finals [of the EFL Cup] wanted to play just one leg, and it was not possible.

"We could have done better in scheduling this match, for sure."