Javier Tebas has previously cast doubt on Barcelona's move for Robert Lewandowski, but now claims he hopes they can pull off the signing.

With just one year remaining on his contract with the Bundesliga champions, Lewandowski has repeatedly expressed his desire to join Barca, saying "something has died" within him and insisting his time in Munich is "over".

While Bayern remain steadfast in their desire to keep the striker, who scored 50 goals and added six assists in all competitions last season, Barcelona have made no secret of their interest in the 33-year-old.

Their attempts to sign him, however, appear to be subject to raising funds from player sales and salary cuts, with Tebas saying last month the Blaugrana must part with prized assets to complete the deal, declaring "they know what they have to do: sell assets".

Barca president Joan Laporta reacted angrily to that suggestion, accusing Tebas of wishing to harm the club's interests, but LaLiga's chief now appears more open to the prospect of the Poland international moving to Camp Nou.

Speaking at an event in Madrid, Tebas said: "I hope Lewandowski plays for Barcelona and has a good campaign. 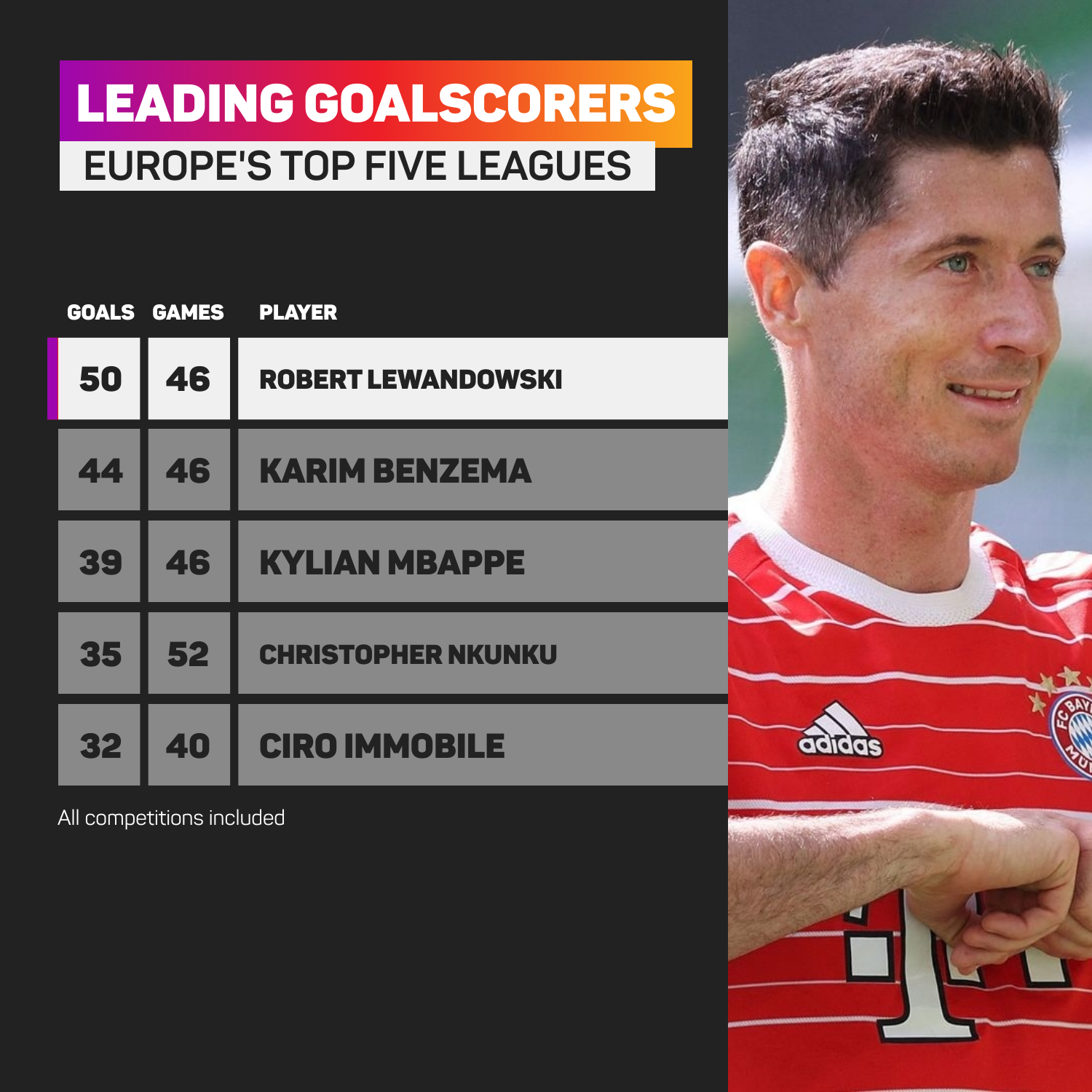 "I hope that the [economic] levers Laporta has activated will allow the player to make it to Barcelona, because he is a legend of Bayern Munich and European football.

"If they execute what they approved in the assemblies, he will be able to play for Barcelona.

"There is interest and if they execute those levers then they will be able to sign him."

Among players in the top five European leagues, only Kylian Mbappe (60) and Karim Benzema (59) recorded more direct goal involvements than Lewandowski (56) last term, while no player to score at least 15 goals averaged fewer minutes per strike than the the Pole's 80.1 minutes.