Roma boss Jose Mourinho's first league meeting with Inter since leaving the club more than a decade ago ended in a 3-0 loss on Saturday.

Edin Dzeko was on target against his former side as Inter inflicted a 3-0 defeat on Jose Mourinho's Roma in Saturday's one-sided Serie A contest.

Mourinho was facing off against Inter in the league for the first time since guiding the club to a magical treble in 2009-10 – the second of two successful seasons at San Siro – but he suffered a painful reunion at the Stadio Olimpico.

Hakan Calhanoglu opened the scoring directly from a corner and then teed up Dzeko, who spent six seasons with Roma prior to swapping clubs in August, before Denzel Dumfries added a third in the first half.

Inter lost Joaquin Correa to a hamstring injury but eased to victory as they moved to within a point of leaders Milan. Napoli have a chance to return to the summit when they face Atalanta later on Saturday. 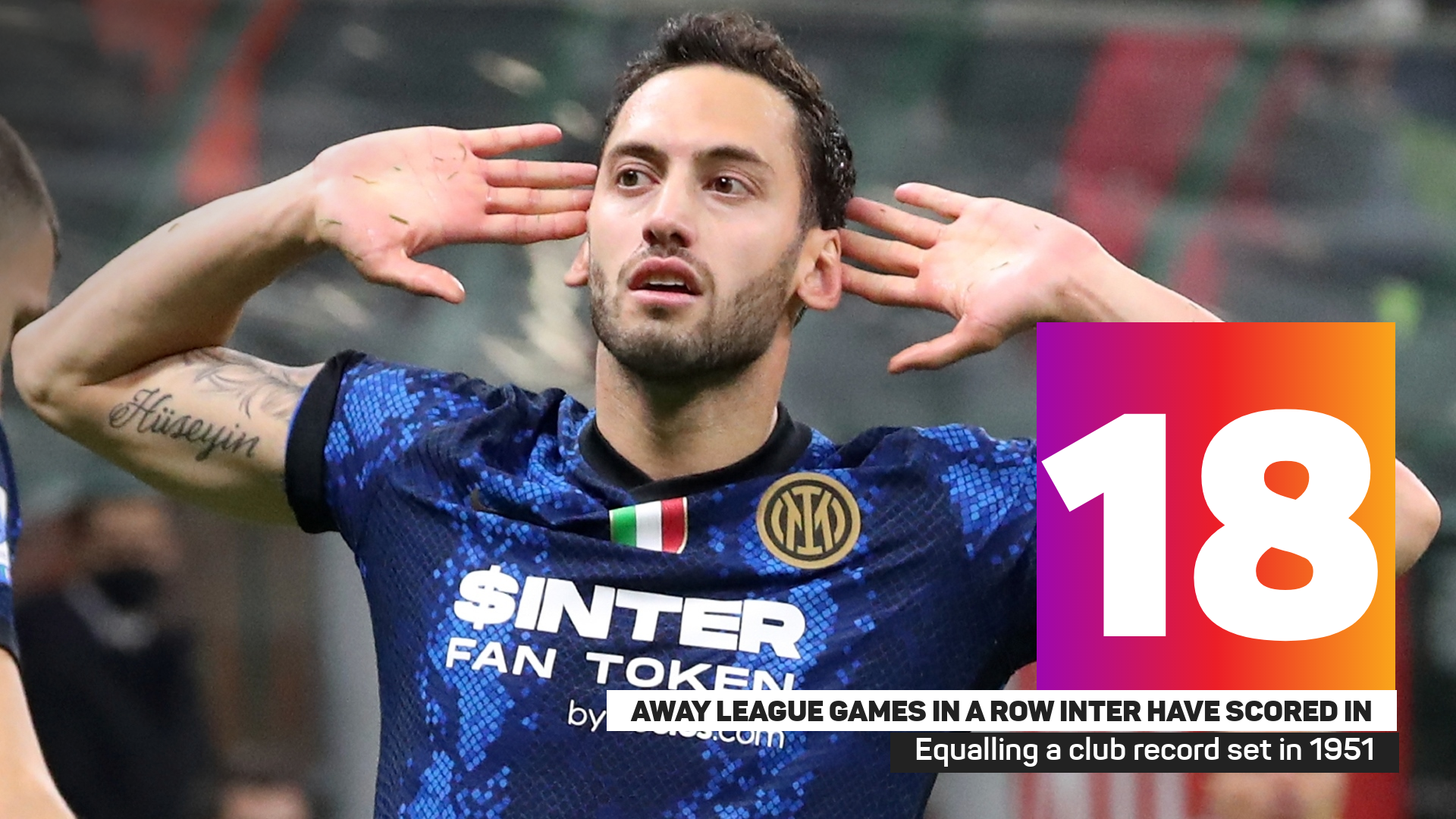 Roma have kept the most home clean sheets of any Serie A side in 2021 with 10, including four in their past five games, but they conceded after 15 minutes as Calhanoglu's corner caught Rui Patricio out at his near post.

The champions doubled their lead nine minutes later through Dzeko, who ended a six-game scoring drought in the league by turning home first time after being picked out by Calhanoglu.

Shortly after Dzeko had been denied by a good Patricio save, right wing-back Dumfries converted Alessandro Bastoni's cross with a diving header to put Inter out of sight by the 39-minute mark.

Roma were without a number of key players, including Lorenzo Pellegrini and Tammy Abraham, and that told as they struggled to find a way back into the match in a straightforward victory for Inter.

Daniel Wass was approaching the end of his Valencia contract and has now been snapped up by Atletico Madrid.