Rangnick not concerned about Ronaldo tantrum

Cristiano Ronaldo reacted poorly to his substitution on Wednesday, though Ralf Rangnick did not seem too concerned.

Ralf Rangnick was not overly concerned about Cristiano Ronaldo's reaction to being substituted in Manchester United's 3-1 win at Brentford.

United claimed their first Premier League victory of 2022 on Wednesday, with Anthony Elanga, Mason Greenwood and Marcus Rashford getting the goals before a late Ivan Toney consolation.

The visitors were fortunate to not trail at the break but produced a hugely improved display in the second half, with Ronaldo playing a part in Greenwood's goal as he chested the ball into Bruno Fernandes' path before he squared to the 20-year-old.

Greenwood and Ronaldo were withdrawn nine minutes later, with Rashford and Harry Maguire entering the pitch as Rangnick changed to a back five.

Ronaldo appeared annoyed as he headed off and that displeasure continued to emanate after sitting in the dugout, the striker seen seemingly asking Darren Fletcher why they had chosen to withdraw him. 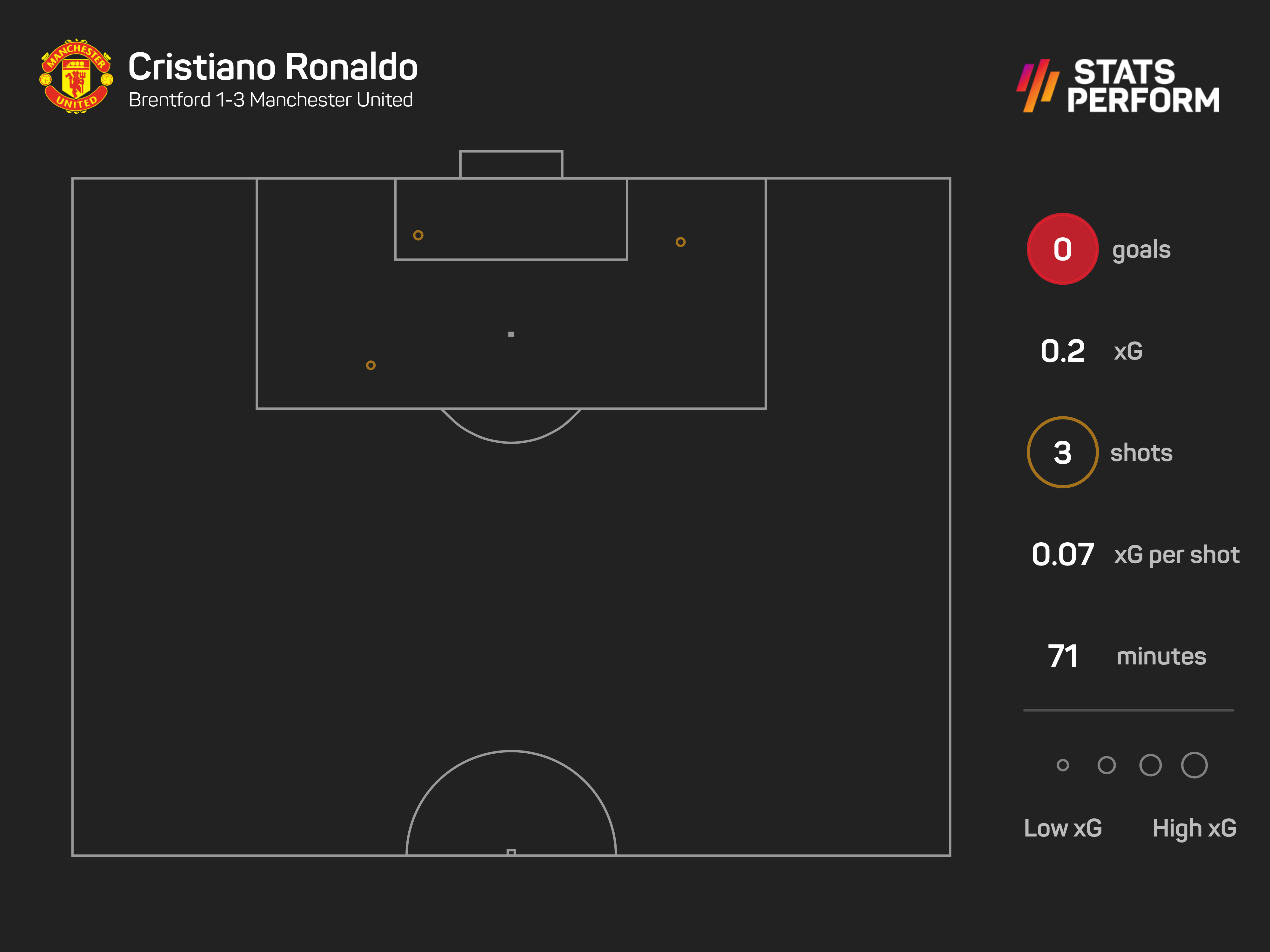 In the aftermath of Rashford's goal, Rangnick could be seen having a word in Ronaldo's ear, the situation appearing to be defused.

"It's normal, as a striker he wants to score goals," Rangnick told BT Sport before going on to explain his decision.

"He came back from a little injury, so for me, it was also important to bear in mind we also have another game in three days' time.

"On the other hand, we were 2-0 up, the same score as at Villa Park, and I decided to make sure we defended that lead this time and I think it was the right decision to switch to a back five.

"We scored the third goal, we would have wanted to keep the clean sheet but unfortunately we didn't manage that, but at least we made sure nothing more happened."

United were indebted to David de Gea's performance as he made seven saves over the course of the match, increasing his season total to 81 – 11 more than any other Premier League goalkeeper.

The Spaniard's form has been exceptional this season, with his 6.2 'goals prevented' being the best figure among keepers in the top flight.

Rangnick acknowledged United fell well short of expectations in the first half, before paying tribute to De Gea's brilliant form.

Asked if he had to get tough at half-time, Rangnick said: "I wouldn't say a strong conversation [was had] but obviously we had to change a few things.

"In the first half we were not good in almost all aspects of the game: sloppy passing, not strong enough in the 50:50 situations, we gave away almost every second ball.

"Then in the second half we were more urgent, attacking them higher up the pitch and making the right decisions when on the counter, and we scored – this was the big difference."

On De Gea's display, he added: "He's been doing that for the last couple of weeks. Brilliant saves in the first half, [he's] one of the best goalkeepers in the world right now I'd say."

Victory for United moved them on to 35 points, level with Arsenal in sixth, though the Gunners have played one match less.