Sergio Ramos has been ruled out of Paris Saint-Germain's clash with Lens as the defender's injury-plagued start to life in the French capital goes on.

The 35-year-old has endured a frustrating time of things since arriving at the Parc des Princes from Real Madrid, whom he had represented for the previous 16 seasons.

Ramos made his long-awaited debut in last weekend's 3-1 win over Saint-Etienne, but he was not included in the squad for the midweek stalemate against Nice.

Spain international Ramos will again be absent on Saturday when PSG travel to Lens as Mauricio Pochettino's side attempt to get back to winning ways in Ligue 1.

"Ramos' workload has been adapted for muscle fatigue following his return to play. He will resume training with the squad on Sunday," read an update on PSG's official website.

Madrid legend Ramos has played just six matches at club level this calendar year, totalling 485 minutes on the field, while his last appearance for Spain came in March.

The 15 LaLiga games Ramos started last season was the fewest he managed for the club and a big drop from the 35 games started in the season before. 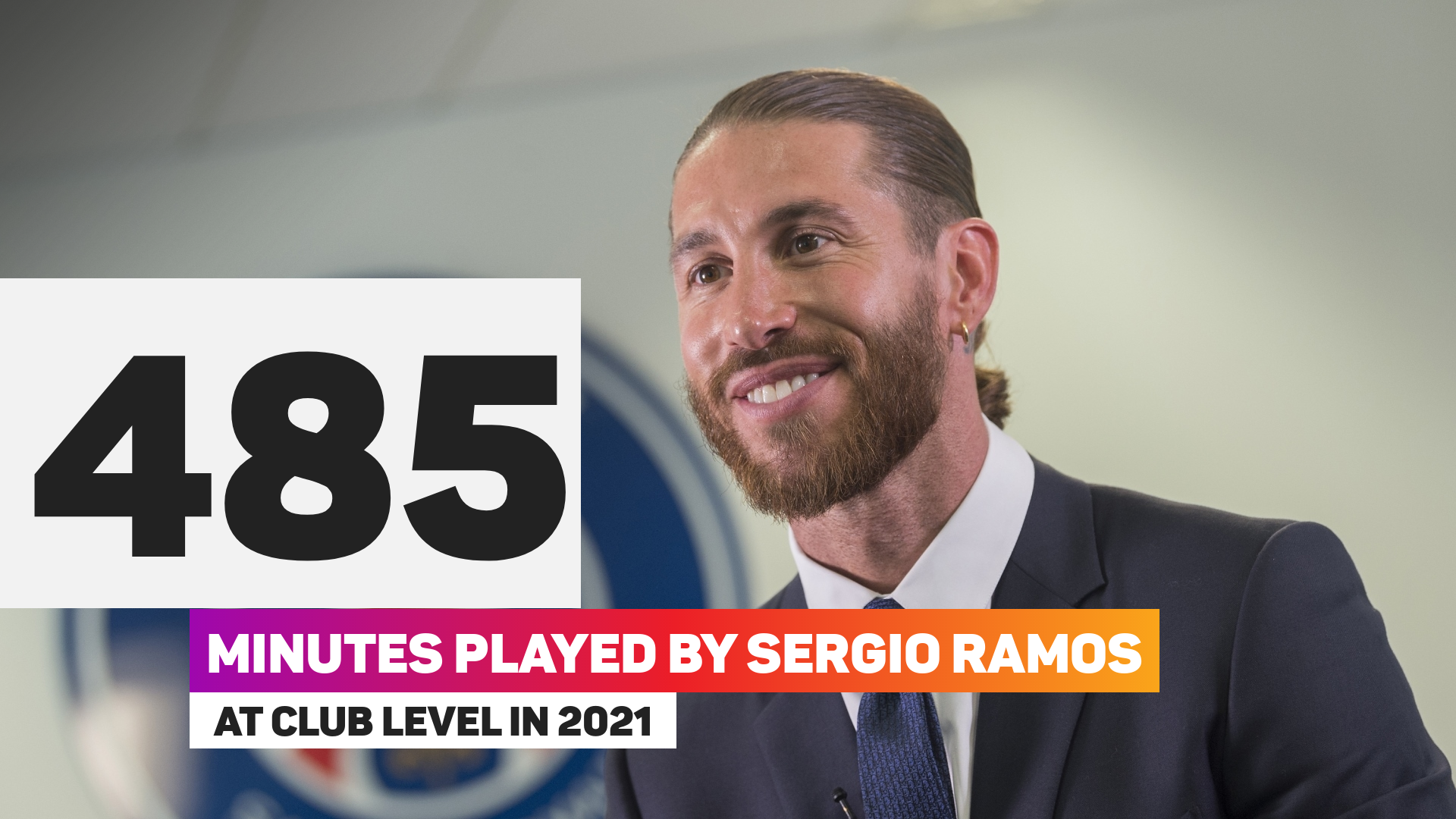 As well as being without Ramos against Lens, Ander Herrera, Julian Draxler and Neymar are also absent for PSG, with the latter ruled out for the remainder of the year.

Pochettino confirmed at Friday's pre-match news conference that he intends to make changes following his side's 0-0 draw with Nice.

That was the third time PSG have failed to score in their last 11 games, with Lionel Messi again firing a blank to leave his tally at one goal in eight Ligue 1 appearances.

However, Pochettino is confident his compatriot will soon find his scoring touch in front of goal.

"It's a question of efficiency," Pochettino said. "Leo is someone who has always scored goals. It's also a matter of time and he's going to score a lot of goals here."

With the January transfer window now less than a month away, Pochettino is not yet thinking about bringing in any new recruits to bolster his star-studded squad.

"I'm not waiting for signatures at the winter break. I didn't talk about that after the Nice match. This is not the time to talk about this at all," he added.

"When the time comes, we will talk to the club to see if there are any needs in the team, but we are far from that."

Australian Open: 'They probably have a low IQ' – Medvedev hits out at spectators who jeered in Kyrgios clash

Australian Open favourite Daniil Medvedev saw off Nick Kyrgios in four sets before hitting out at the partisan home crowd.

Arsenal were accused of exploiting rules to have their match with Tottenham postponed, suggestions Mikel Arteta strongly refutes.

Kyrie Irving was the Brooklyn Nets' key performer in their tight win over the Washington Wizards.

Doc Rivers hailed a stunning Joel Embiid masterclass after he inspired the Philadelphia 76ers to a win over the Orlando Magic.

Emma Raducanu's first grand slam since winning the US Open ended with a second-round loss to Danka Kovinic after she injured her hand.

Andy Murray battled through the first round at the Australian Open only to fall without winning a set in his second match.

Australian Open: 'I have done more than I ever thought was possible' – Stosur bows out after defeat to Pavlyuchenkova