Chelsea once again downed Tottenham at Stamford Bridge in the headline clash of the weekend's Premier League fixtures.

Fellow title hopefuls Liverpool, who still have a game in hand, closed the gap on leaders Manchester City to nine points with victory over Crystal Palace in south London.

Staying in the capital, Arsenal were held to a goalless draw by lowly Burnley as they lost ground in the race for the top four, while Leicester City shared the points with Brighton and Hove Albion.

With the action all over for a couple of weeks, Stats Perform unpacks the pick of the data from Sunday's fixtures.

Do you see your team? pic.twitter.com/sAI1mRGmxl

Liverpool reduced Manchester City's advantage at the top to nine points after a 3-1 victory over Palace, who have lost each of their last 10 league meetings with the Reds.

Virgil van Dijk placed Jurgen Klopp's side in control after just eight minutes at Selhurst Park with his 10th headed goal in the competition – only Sami Hyypia (17) has scored more headers for the Reds in the Premier League.

Alex Oxlade-Chamberlain added a second after the half-hour mark as he scored in back-to-back top-flight matches for the first time since February 2020.

Both of those goals were created by Andrew Robertson, who now sits joint-second with team-mate Trent Alexander-Arnold (both 43) for the most assists in the league since the start of the 2017-18 season, with only Kevin De Bruyne boasting more (52).

Odsonne Edouard halved the deficit in the second half, but Fabinho secured three points with Liverpool's 169th Premier League spot-kick – the joint-most awarded to a team in the competition's history along with Manchester United. 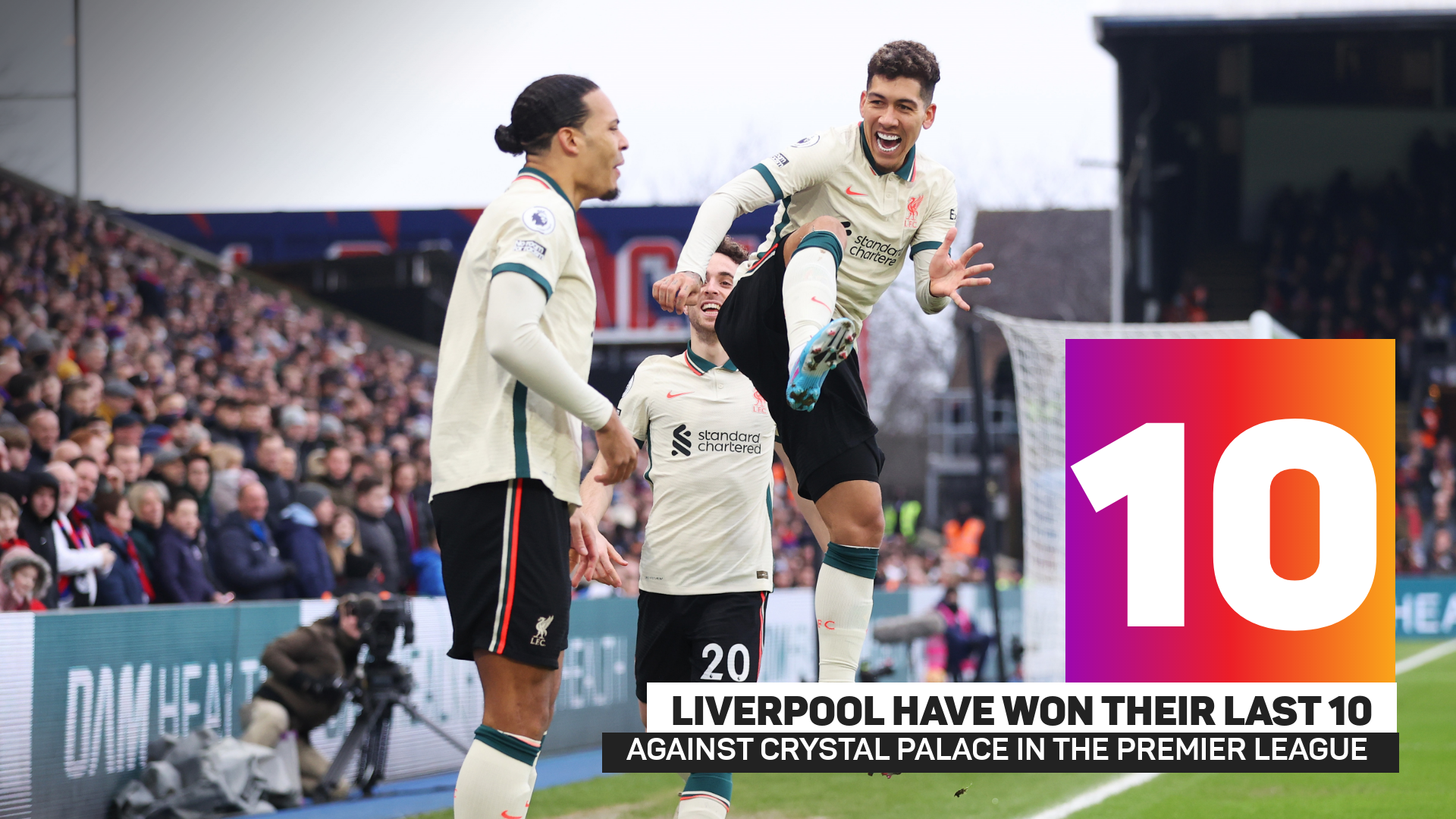 Arsenal have failed to win any of their opening five games of a calendar year for the first time since 1995 after being held to a 0-0 draw by Burnley.

Nick Pope was in excellent form, while Alexandre Lacazette spurned a glorious open-goal opportunity, as the Clarets conceded 20 shots – the most they have faced in the Premier League without conceding since May 2021 (21 versus Fulham).

Lacazette's profligacy meant the Gunners have failed to score in four consecutive matches across all competitions for the first time since December 2005.

Arsenal will be desperate to improve upon their torrid run of form to challenge for the top four, with this stalemate being the first time the Gunners have failed to beat the team starting the day bottom of the table at home for the first time since October 2008. 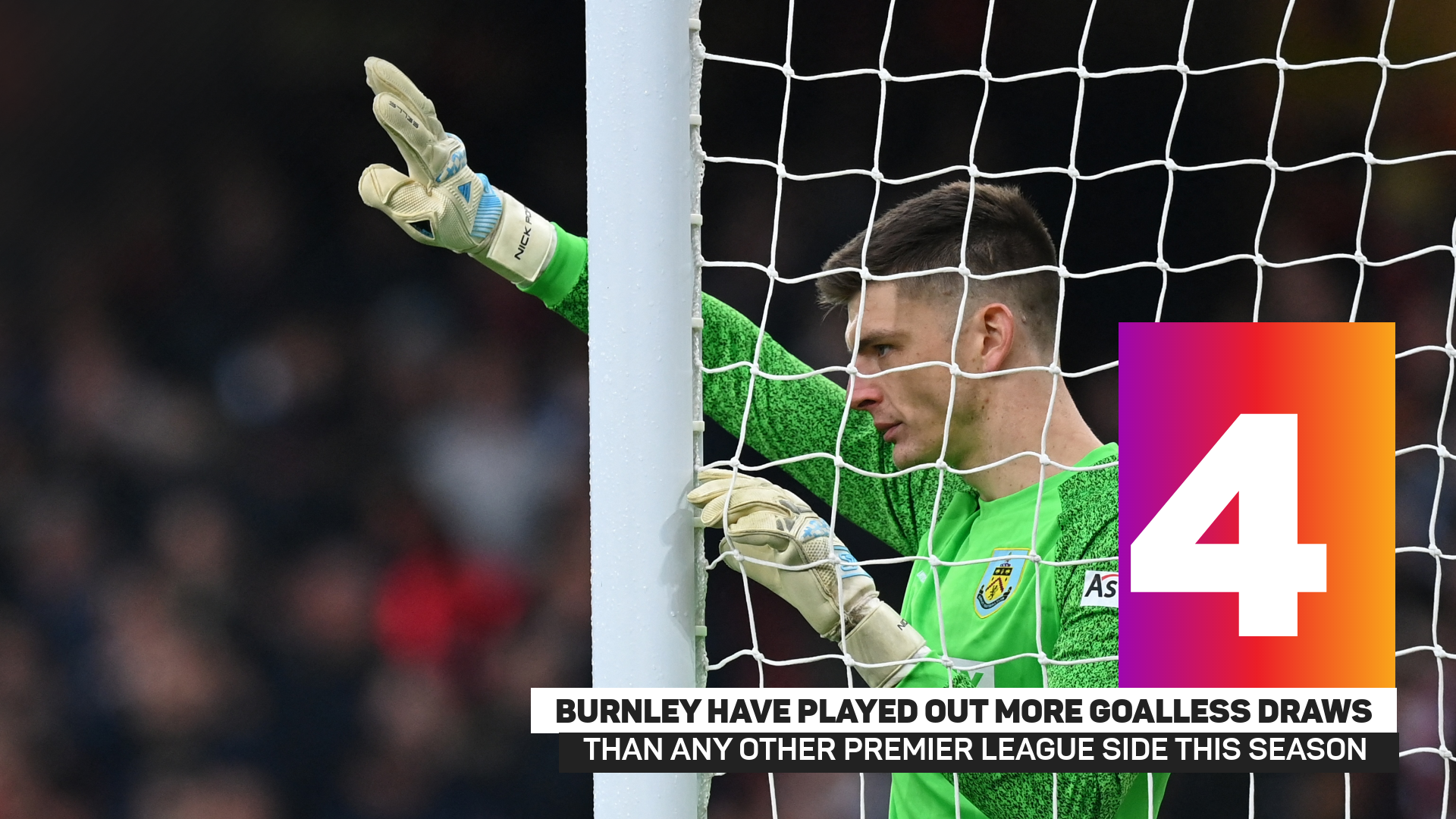 Leicester remained unbeaten at home to Brighton in the Premier League, though Brendan Rodgers may feel they should have claimed victory after a 1-1 draw.

Patson Daka broke the deadlock as he became just the second Foxes player to score in each of his first three home starts in the competition, after Leonardo Ulloa in the 2014-15 season.

The Zambia striker found the net just 26 seconds after the interval, the quickest goal scored in the second half of a top-flight game since February 2020.

However, Danny Welbeck levelled things up as he scored his fourth goal against Leicester in the Premier League, only bettering that haul in games with Aston Villa (five).

Neither side could find a late winner, ensuring the Foxes remain unbeaten at home to the Seagulls in the top flight since December 1980, while Graham Potter's side have only lost one of their last 11 away leagues games – a joint-low with Manchester City. 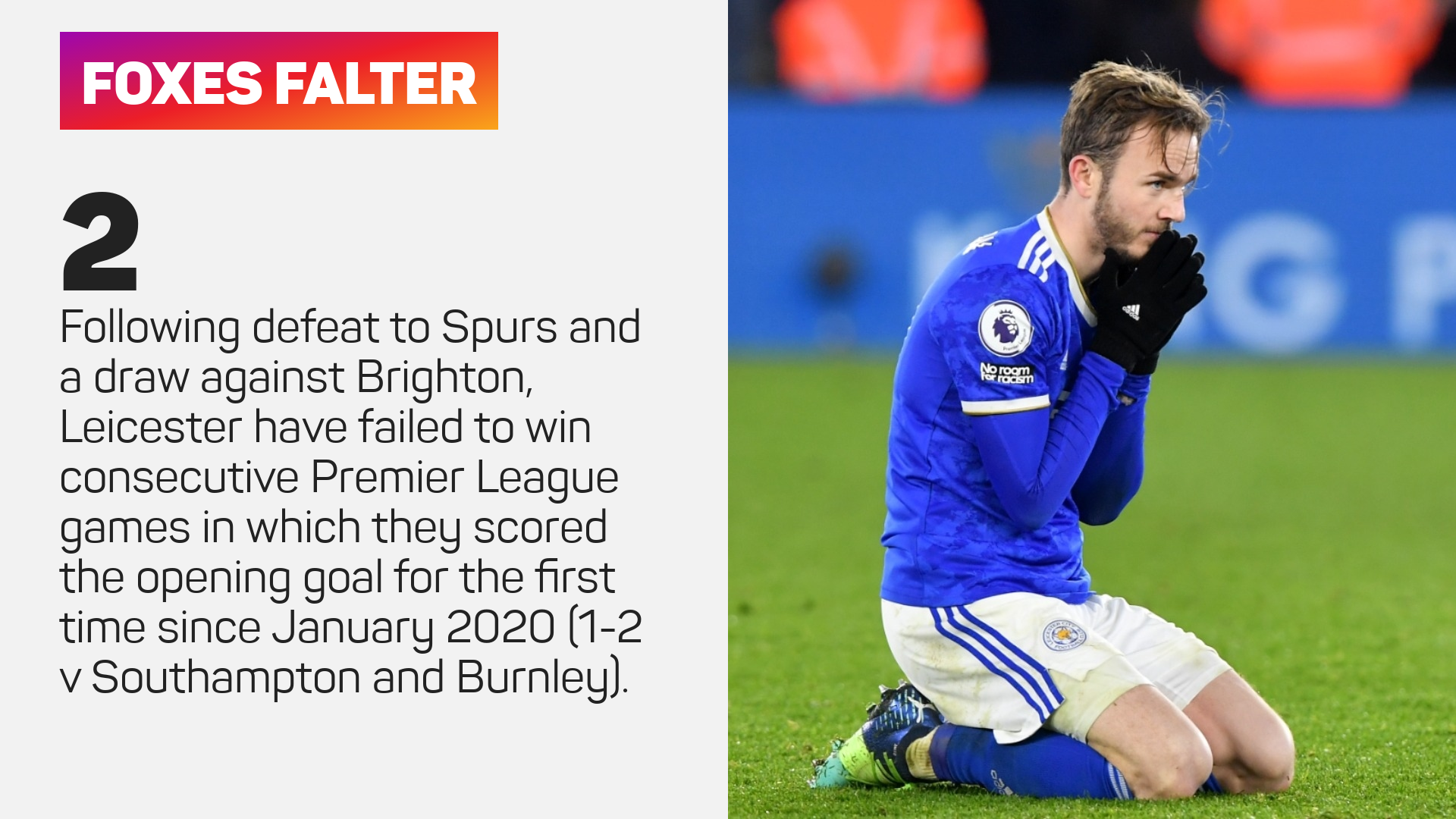 Chelsea registered their fourth win in all competitions this season – and third in January alone – over London rivals Tottenham with a 2-0 triumph at Stamford Bridge.

Harry Kane thought he had struck first before the break but a slight push on Thiago Silva saw his finish ruled out before Hakim Ziyech expertly curled in his fifth league goal for Chelsea – all five of those having come at different venues.

Silva added a second soon after as he became the oldest player (37 years, 123 days) to score in the Premier League since February 2013 to condemn Antonio Conte to his first top-flight defeat as Spurs head coach.

The defender's header was set up by a free-kick from Mason Mount, who provided his 20th assist since the start of the 2019-20 campaign – the most by any Chelsea player across all competitions in that period.

Spurs were unable to breach the Blues' goal, meaning they have now gone six matches across all competitions since last scoring against Chelsea, who became the first side to collect 500 points in Premier League London derby matches (501 points from 272 derbies).