Some of the leading NBA rookies have landed in situations that could see them impress right away.

On the eve of the 2021-22 NBA season, the league appears well-positioned with as much talent and star power as in any year in recent memory.

Future Hall of Famers like LeBron James, Chris Paul and Kevin Durant remain at the centre of the basketball universe, while a younger generation led by Luka Doncic, Jayson Tatum and Zion Williamson continues to grow stardom.

But the most recent additions to the league – those in the 2021 NBA Draft class – appear to be in prime position to make their mark in their rookie seasons.

This year's class of rookies was targeted years ago as a deep crop of talented prospects, and some of the most coveted players landed in situations that will allow them to contribute immediately.

Early and frequent contributions – in combination with the NBA's current wide-open, high-scoring style of play – mean that this year's talented rookie class has a chance to make history.

Shaq and Co. set the standard 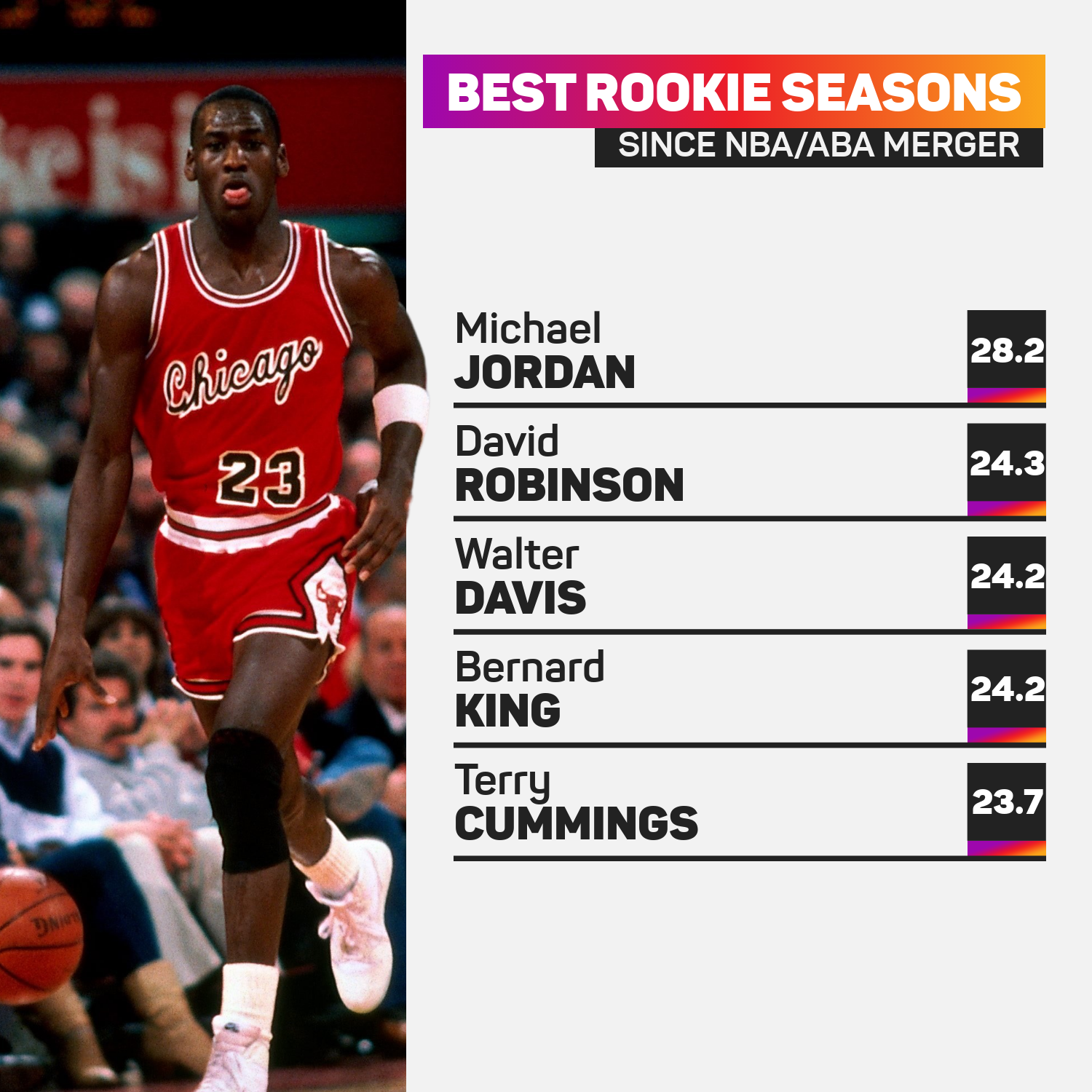 The high end of the lauded 2003 class – which included James, Carmelo Anthony, Dwyane Wade and Chris Bosh – averaged 15.9 points per game despite scant contributions from the infamous Darko Milicic (1.4 points per game).

But can this year's top five picks compete with some of the best draft classes in league history?

Cunningham and Suggs both averaged more than 15 points in Las Vegas Summer League action, while Green was a top-10 scorer there, averaging 20.3 points in just 24.1 minutes.

Detroit and Orlando ended last season with two of the youngest five rosters in the NBA, making it likely that they feature their rookies early and often in the 2021-22 campaign.

Cunningham has been held out all preseason after suffering a sprained ankle in a late-September practice, but Pistons head coach Dwane Casey classified the injury as "mild", giving Detroit hope that the top pick will be available for the team's season-opening game on Wednesday.

The Cleveland Cavaliers, who selected versatile big man Evan Mobley number three overall, seem to have intentions of making a playoff push and have more experienced players inside like Jarrett Allen, Lauri Markkanen and the estranged Kevin Love. A slight frame and Cleveland's crowded frontcourt could limit Mobley's minutes in his first year, but he has shown his versatility in exhibition play, blocking shots and grabbing rebounds while averaging 11.7 points per game in Summer League and exhibition play.

Scottie Barnes was drafted fourth overall by the Toronto Raptors and, like Mobley, is more of an all-around player than a pure scorer, but the six-foot-nine forward has averaged 10.0 points, 5.7 rebounds and 6.3 assists in his first three exhibition games, handling the ball plenty for a team that lost Kyle Lowry this offseason.

It is far too early to count on the 2021 class to be one of the best in recent memory, but today's rookies have the advantage of putting up big numbers in a high-scoring league, especially with each of the top five selections showing promise from three-point range.

Last season saw 32 different players score at least 20 points per game. Just a decade ago, only 19 players hit that milestone.

The NBA's pace and scoring continue to rise, and young players are seeing statistical bumps as well. Last year's top pick, Anthony Edwards, struggled to begin his first season with the Minnesota Timberwolves. He finished the season by scoring at least 15 points in 36 of his last 40 games and averaged 23.5 points per game over that span. 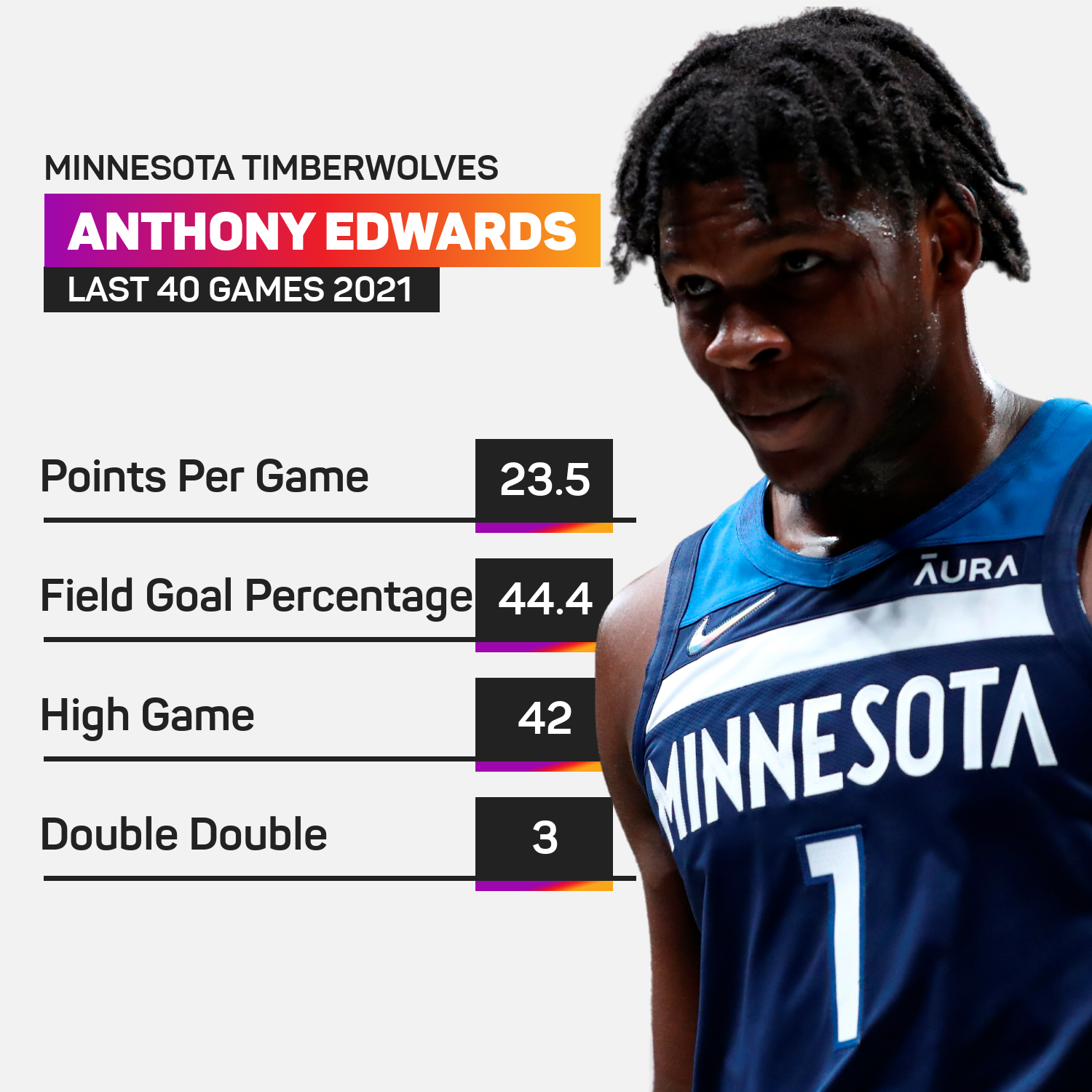 Cunningham, Green and Suggs are all considered better outside shooters than Edwards was heading into his rookie season, and this crop of rookies could let it fly from three-point range early and often.

While the ultimate verdict on the 2021 draft class will be decided several years down the line, the door is open for some of league's most coveted prospects to put up eye-popping numbers in today's wide-open NBA.

Rumour Has It: Lingard and Trippier among English sextet on Newcastle's January hit-list

The Phoenix Suns broke their franchise-best consecutive win streak from 2006-07 with their 18th straight victory.