Dries Mertens scored twice while Piotr Zielinski and Fabian Ruiz were also on target after Napoli unveiled a statue of club legend Maradona a year on from his death.

Napoli were wearing special-edition Maradona jerseys at home to Lazio, and they capped the occasion with a devastating performance against former boss Maurizio Sarri.

Afterwards, Napoli captain Insigne was asked about the pre-game ceremony at Diego Armando Maradona Stadium and he told DAZN: "I asked to turn the television on and watch it all, but they told me to stay focused in the locker room instead, so I'll watch it later.

"We wanted to remember Diego with a great performance, it really meant a lot to us that we honour him tonight."

Following Milan's defeat to Sassuolo on Sunday, Luciano Spalletti's Napoli are three points clear atop the standings through 14 rounds.

Napoli are the team with most clean sheets in Serie A this season (nine), at least three more than any other team. 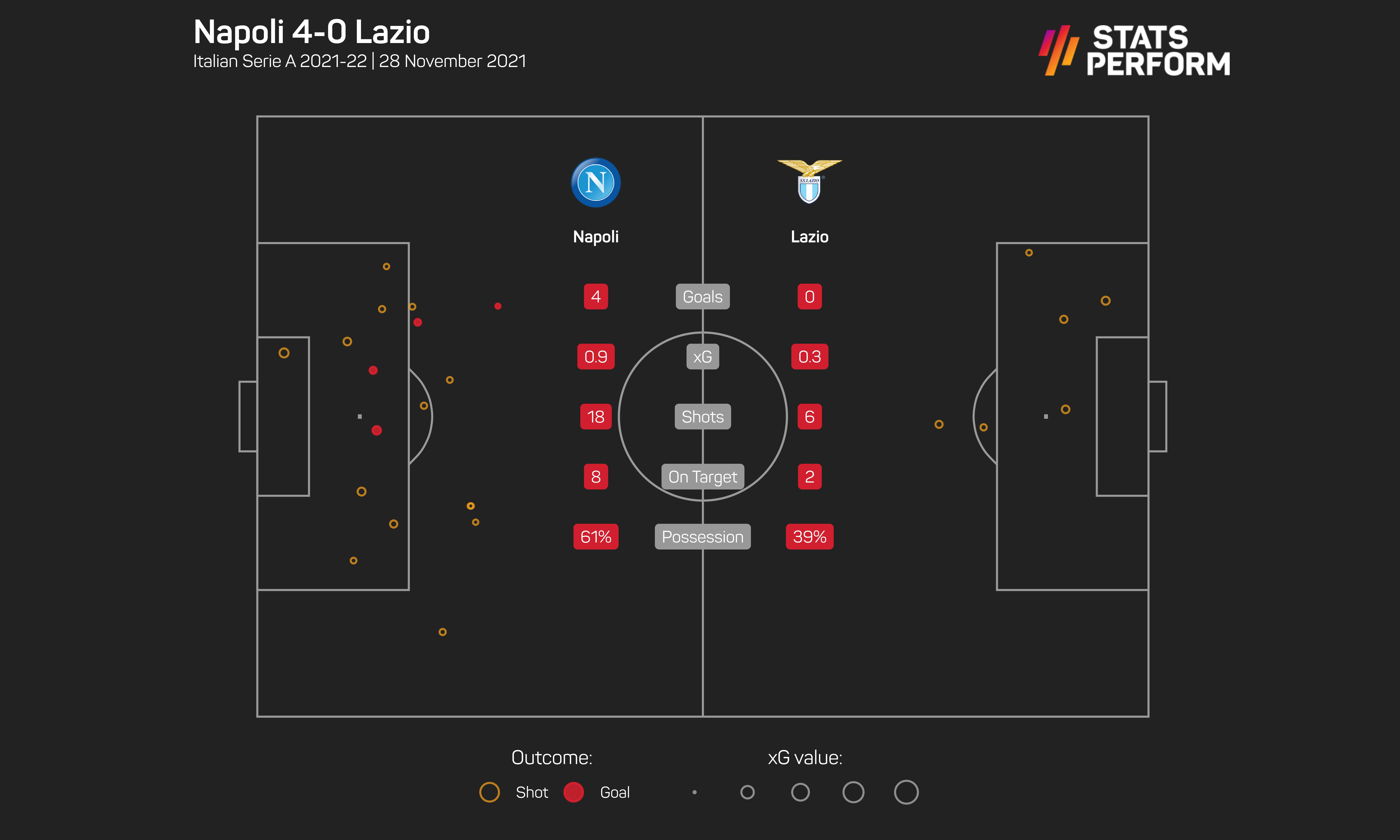 "I really enjoyed myself and the objective is to enjoy your football as well as get the victory," Insigne said. "We had a great journey with Sarri, even if we weren’t able to win.

"Luciano Spalletti has started a new era and we are closing the gap from the rest of the teams. We made too many mistakes against Inter and yet still could've got a draw, so tonight we came out here confident in our capabilities."

Mertens has been directly involved in 13 goals (six goals, seven assists) in 14 Serie A matches against Lazio – only against Bologna (14) has he managed better in the competition.

Since arriving in Italy in August 2013, Belgium international Mertens is the player who has scored the most goals from outside the box in Serie A (26).

"We played our best game of the season, now the important thing is to always play like this. We have to repeat the performance. There are difficult games coming up, but this was perfect," Mertens told DAZN as Napoli eye their first Scudetto since 1990.

"I don't know which goal I preferred. When you are injured and have to work hard to get back in shape, watching the team play well and then Victor [Osimhen] got injured, it was important to be ready and give my contribution.

"I am not irritated by criticism. It's up to me to prove myself every day and it is always a pleasure like today."