Anthony Martial denied refusing to be part of Manchester United's squad to face Aston Villa and may return against Brentford on Wednesday.

Martial was absent from United's squad for Saturday's 2-2 Premier League draw with Aston Villa, which Rangnick explained was down to the player not wanting to be included.

However, the 26-year-old subsequently refuted his manager's claims by stating on social media that he "will never refuse to play a match for Man United".

Speaking on Tuesday, Rangnick did not explain the contrasting versions of events, but he left the door open for Martial to return to the squad should the forward prove his fitness.

"I had a conversation with him on Sunday about what happened and how I saw the situation," Rangnick said at a news conference previewing Wednesday's trip to Brentford.

"The matter is now resolved. He didn't train yesterday or the day before. But he will probably train today and after training I will then take the decision if he is selected or not."

Martial is reported to have rejected loan offers from other Premier League clubs, while Juventus and LaLiga pair Barcelona and Sevilla have also been credited with an interest.

The ex-Monaco man has scored 79 goals in 268 appearances since his debut in September 2015 – only Marcus Rashford (91 in 286) has scored more for United in that period.

Martial's 79 goals have come from an expected goals (xG) return of 64, meaning he has scored 15 goals more than expected from the quality of his chances.

That is the largest positive xG differential of any player at the club over the same period, followed by Mason Greenwood (11) and Rashford (10). 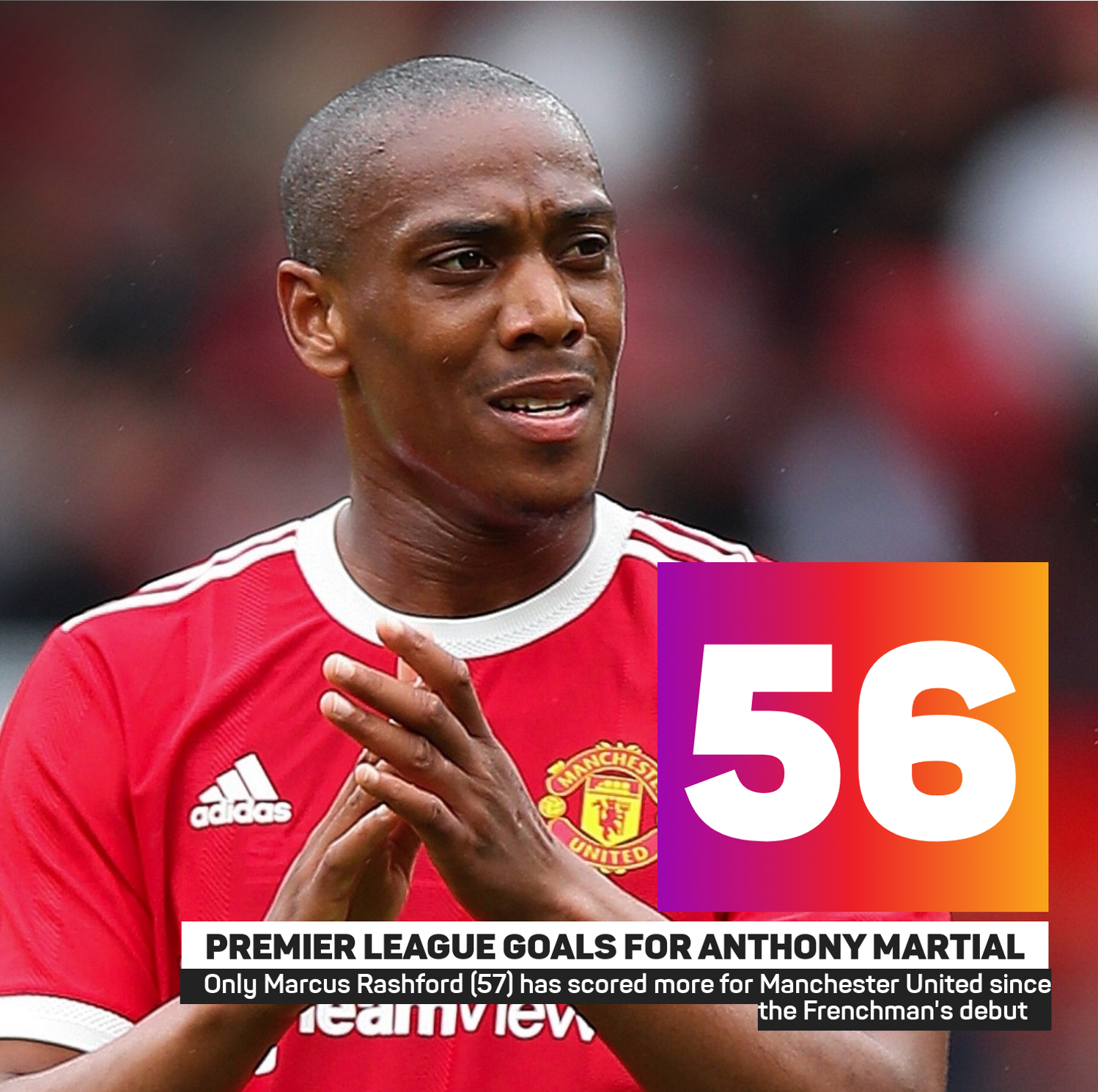 However, Martial's playing time has been limited this term – not helped by injury issues – with his 358 minutes on the field only the 21st most of all United players.

The player's agent, Philippe Lamboley, revealed last month that Martial is looking to join a new club in January due to a lack of playing time.

While Martial may play a part against Brentford, team-mate Paul Pogba is still not being considered for selection despite returning to training this week.

Pogba has been used just 13 times this season – and not at all under Rangnick – but could return from a three-month lay-off in the next few weeks.

"Paul had his first day of training with the whole group yesterday," Rangnick said. "He showed what kind of extraordinary player he can be.

"He will not be available for the two games this week. Hopefully after the break, with the cup game against Middlesbrough and the away game at Burnley, he can be an option."

Rangnick also confirmed he will make a late decision on whether Rashford and Cristiano Ronaldo will feature in west London as they recover from knocks.

Wednesday's meeting will be the first between United and Brentford in the league since 1947 and their first in any competition since 1975, when United won 2-1 in an EFL Cup tie.