Koeman defends Barcelona performance: It's incredible we lost to Rayo

Barcelona's long winning run against Rayo Vallecano ended on Wednesday, but Ronald Koeman felt there was little wrong with the performance.

Ronald Koeman said poor finishing cost Barcelona at Rayo Vallecano as he insisted their overall performance meant it was "incredible" they lost the game.

A first-half goal from Radamel Falcao condemned the Catalans to a 1-0 defeat in Madrid, their first to Rayo since December 2002, and left them six points from the top of the table.

Barca had won all 13 of their most recent LaLiga meetings with Rayo, scoring an average of 4.3 goals per game, but they failed to capitalise on their chances at Estadio de Vallecas.

Memphis Depay missed a penalty, Sergio Aguero and Sergino Dest spurned good opportunities and Gavi scuffed a shot wide in the dying minutes with the goal at his mercy. They ended the contest with 2.95 expected goals compared to Rayo's 0.99.

Barca have now gone four away league games without a win and failed to score in the past three of those, something they last did back in February 2003.

For Koeman, an inability to take their chances was the only real negative about Barca's performance.

"Normally, we have players who can score. I can't complain about the team," he said.

"The start of the game was costly for us. Rayo pressed us a lot. We were better and each side had chances. The result isn't fair, although that's how it is and we can't change it. 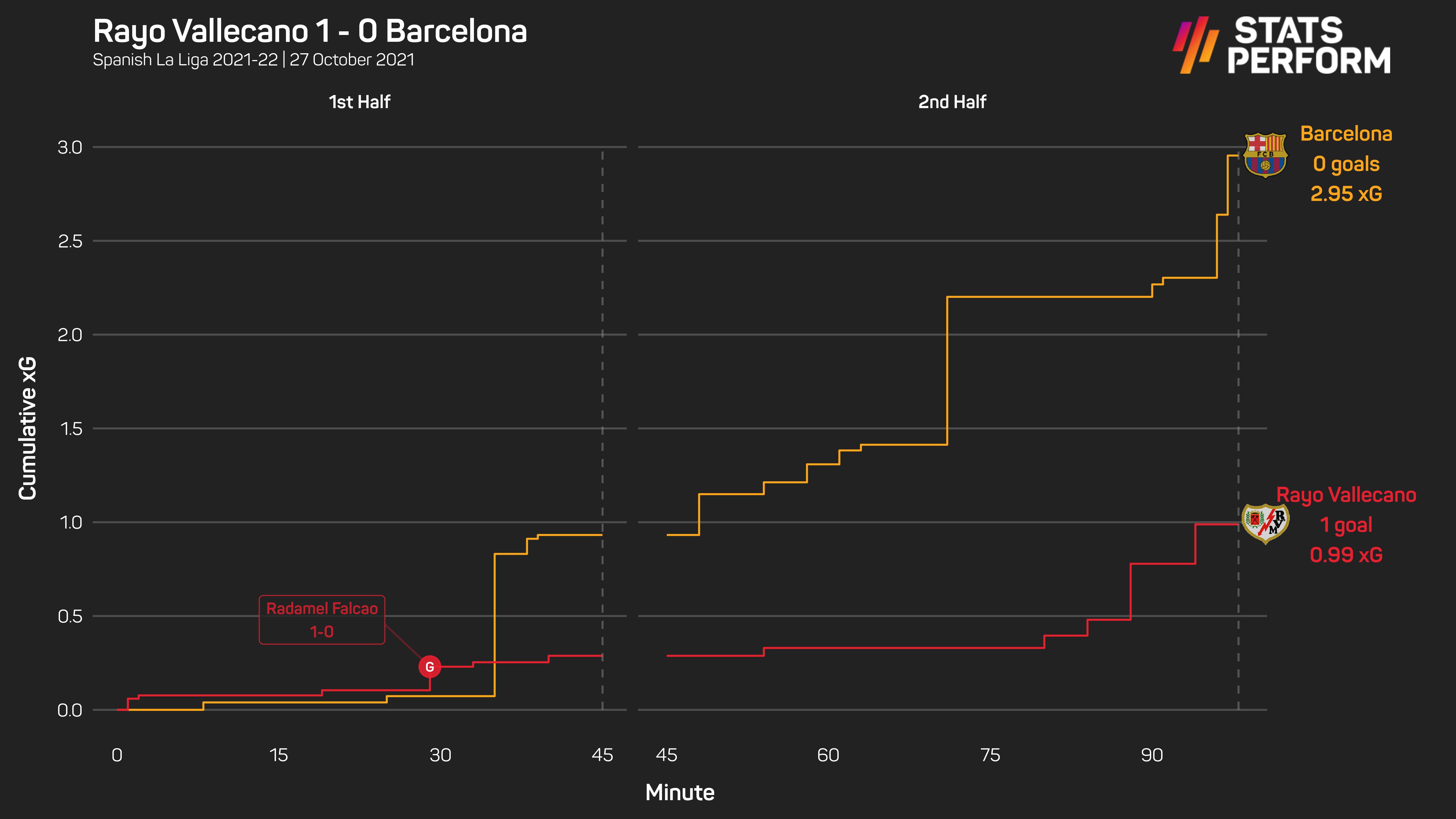 "It's not attitude, it's not the play. It's a question of not scoring, and I can't say anything more.

"I don't know their [other] players. It could be they have more balanced squads. What we've shown is that we can compete with them.

"It could be bad luck, injuries... they are excuses. The team showed today and against Real Madrid that they were at a good level, but that's not enough. What matters is the result. Analysing the game today, it's incredible to have lost."

Barca are ninth in the table after 10 matches, having gone without a win in their first four away league games of a season for the first time since 1991-92.

Commenting on their league position, Koeman said: "That means we're not okay, that the team has dipped, we've lost very effective players.

"In recent years, those at the top have been able to strengthen, and we have not been able to. That also counts, although not for today's game.

"In spite of the absences, we played a good game, although if we don't score... that's what we're missing.

"There are many games to go. I'm worried about our effectiveness, but not our play. We played at a good level, but I know that, in Spain, that doesn't count."