Erling Haaland has been strongly linked with Real Madrid and Barcelona, but Marco Rose insisted "it is not a big issue".

Borussia Dortmund boss Marco Rose is "deeply relaxed" about Erling Haaland's future, despite the striker hinting that he is growing frustrated with the Bundesliga side.

Haaland was on target twice in Friday's 5-1 win over Freiburg to make it 15 league goals for the campaign and 55 in 56 games for Dortmund in all competitions since joining.

Only Bayern Munich striker Robert Lewandowski (79 goals in 62 games) has found the net more often over the past two years among players from Europe's top five leagues.

The Norway international has been regularly linked with a move away from Dortmund, with Real Madrid and Barcelona rumoured to be particularly eager to strike a deal.

And Haaland, who reportedly has a €75million release clause in his contract that will activate in July, stated last week a decision on his future will be made soon.

"The last six months I have chosen not to say anything out of respect for Dortmund, but now the club has started to press me into making a decision," Haaland said.

"They have started to put a lot of pressure on me, I have to accept that. I have chosen not to say anything out of respect for the club and the fans.

"But now a lot of pressure is coming from the club, so now is the time to get things started. This is what they want. It means that things will happen now." 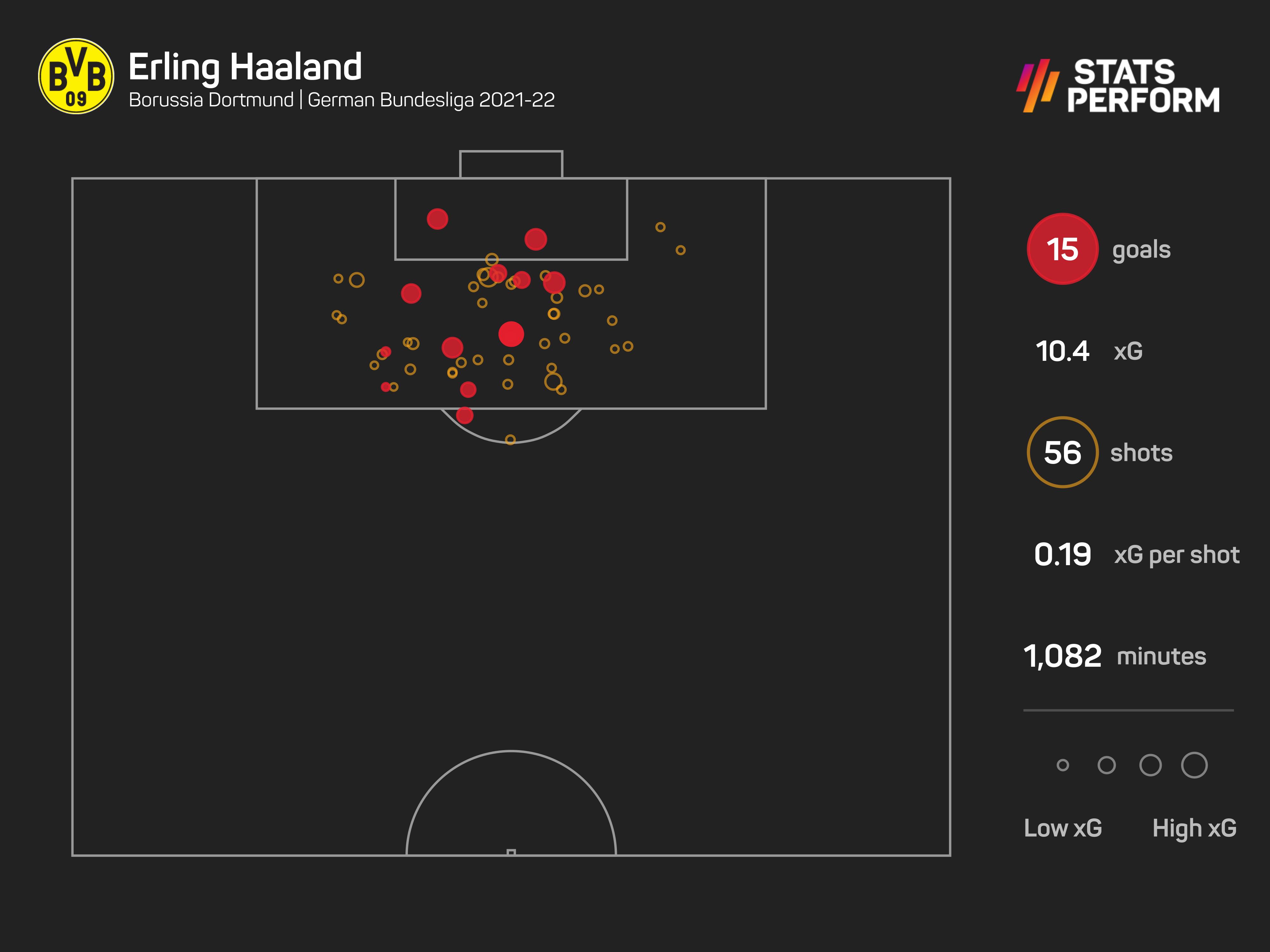 That was seen as Haaland venting his frustration at the speculation regarding his future, but head coach Rose does not see it that way.

"It's not a big issue for us," he said at a news conference previewing Tuesday's DFB-Pokal last-16 tie with St. Pauli.

"We spoke briefly on Sunday, but it was mainly about football. I'm deeply relaxed about this topic because I see Erling here every day.

"Erling is looking forward to the cup game and that's the most important thing for me as a coach."

While Rose has no concerns over Haaland, the Dortmund boss admitted to being worried by Giovanni Reyna's recovery from a hamstring issue.

Reyna has been restricted to just four appearances for BVB this term due to an injury picked up on United States duty in September.

He had been expected to return after the mid-season break this month, but the 19-year-old will once again be missing for the midweek cup tie with St. Pauli.

"Gio Reyna is on the right track overall, but of course, he has lost something over time," Rose said.

"We have to get him playable and fit to play. Without wanting to promise too much, let's aim for the break after the Hoffenheim game [next weekend] to get him fully fit again."

Reyna scored and assisted a combined nine goals in the Bundesliga last season, the fifth-most of any Dortmund player, with Haaland leading the way (33).