Michael Carrick has been in charge for a Champions League game and a Premier League trip, but he could soon make way for a new Man Utd boss.

Michael Carrick led Manchester United to a good point at Chelsea as he waited to learn whether that would be his first and last Premier League match as Red Devils manager.

Jadon Sancho's opener against the run of play was cancelled out by Jorginho's penalty at Stamford Bridge, where caretaker boss Carrick named Cristiano Ronaldo as a substitute.

United have a home match against Arsenal coming up on Thursday and that might be Ralf Rangnick's first game at the helm.

Rangnick, currently working at Lokomotiv Moscow, is the man that United are targeting to lead them through until the end of the season, which is when they intend to make a more permanent appointment.

Speaking after the 1-1 draw with Chelsea, Carrick told a news conference he was unsure what would lie ahead for him.

"As of now, I haven't got any more news for you really. I was purely focused on the game. There was enough in my head to prepare the boys for this," he said.

"After the game, I'm sure I'll be updated and aware, and see what happens the next few days, but as of now I haven't got anything more to give you."

Carrick told television interviewers there was no truth behind the theory his team selection was influenced by Rangnick. 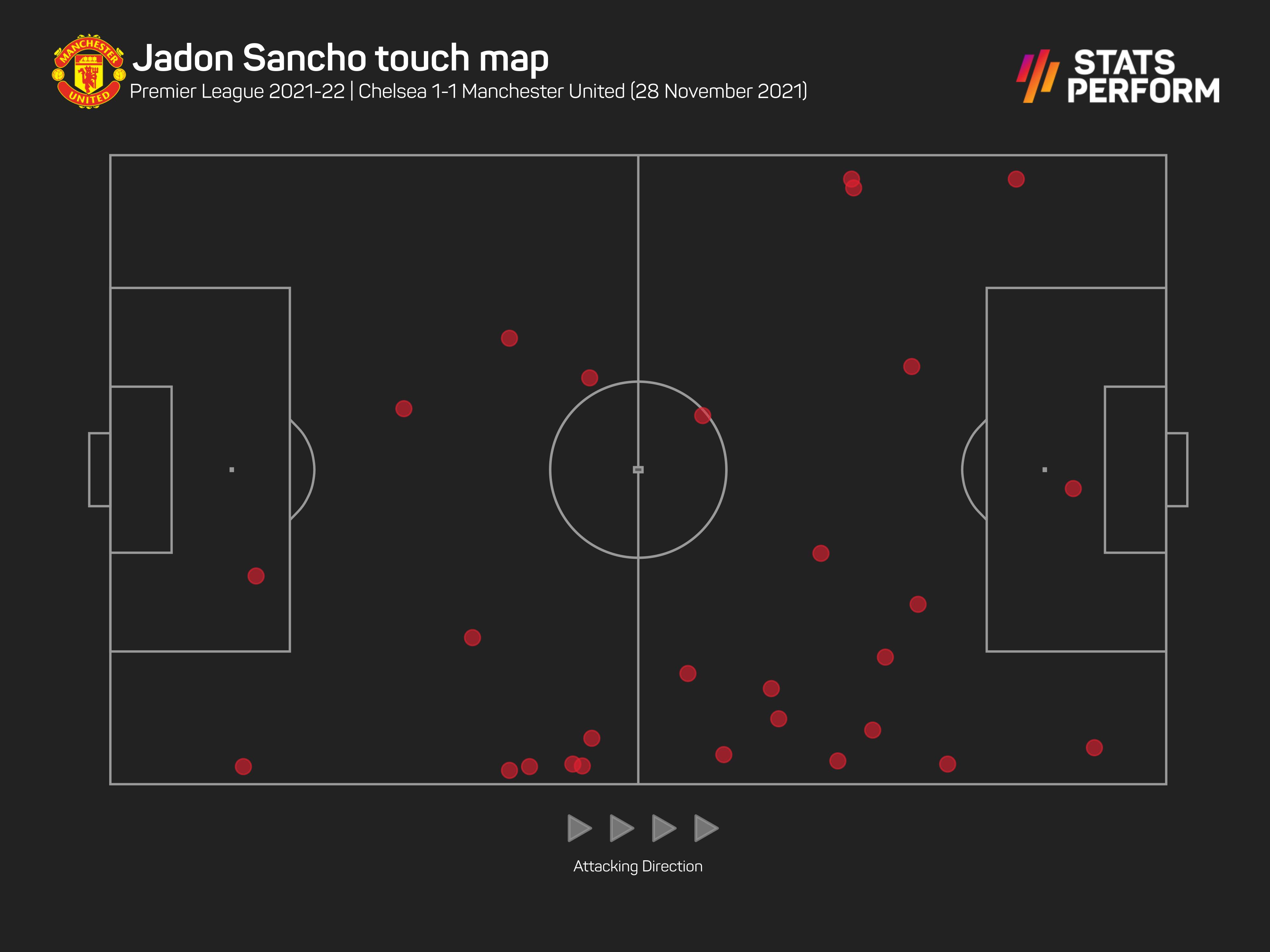 United harried Chelsea with more gusto than they have other teams of late, and got away from west London with a point despite coming under plenty of pressure.

Chelsea led the shot count 24-3, had 66 per cent of possession, and the expected goals (xG) count told its own story. Based on the quality of chances each team had, Chelsea had an xG total of 2.54 and United managed 0.82, suggesting this was a missed opportunity for the hosts to inflict another defeat on their visitors.

The decision to start with Ronaldo on the bench, rather than in his usual role as the focal point of the attack, was a move by Carrick that caught the eye.

"I kind of knew how Chelsea were going to be playing. A lot of it was stopping the little passing moves they thread through to Jorginho and [Ruben] Loftus-Cheek through the middle of the pitch.

"We were conscious of that. [We brought] a little freshness to the team, two or three changes and a couple of little tweaks and changes in tactics."