Robert Lewandowski won the men's FIFA Best award for the second year running at a ceremony at FIFA's headquarters in Zurich on Monday.

The Bayern Munich striker beat fellow nominees Lionel Messi and Mohamed Salah to the award, having also won it the last time it was up for grabs in December 2020.

Lewandowski scored 58 goals in 47 games in all competitions in 2021, which included breaking two long-standing records previously held by the legendary German striker Gerd Muller. He bagged 41 goals in a single Bundesliga season for Bayern, and 43 Bundesliga goals in a calendar year.

The Pole has scored 34 goals in 27 games so far this season, including nine in the Champions League group stage. 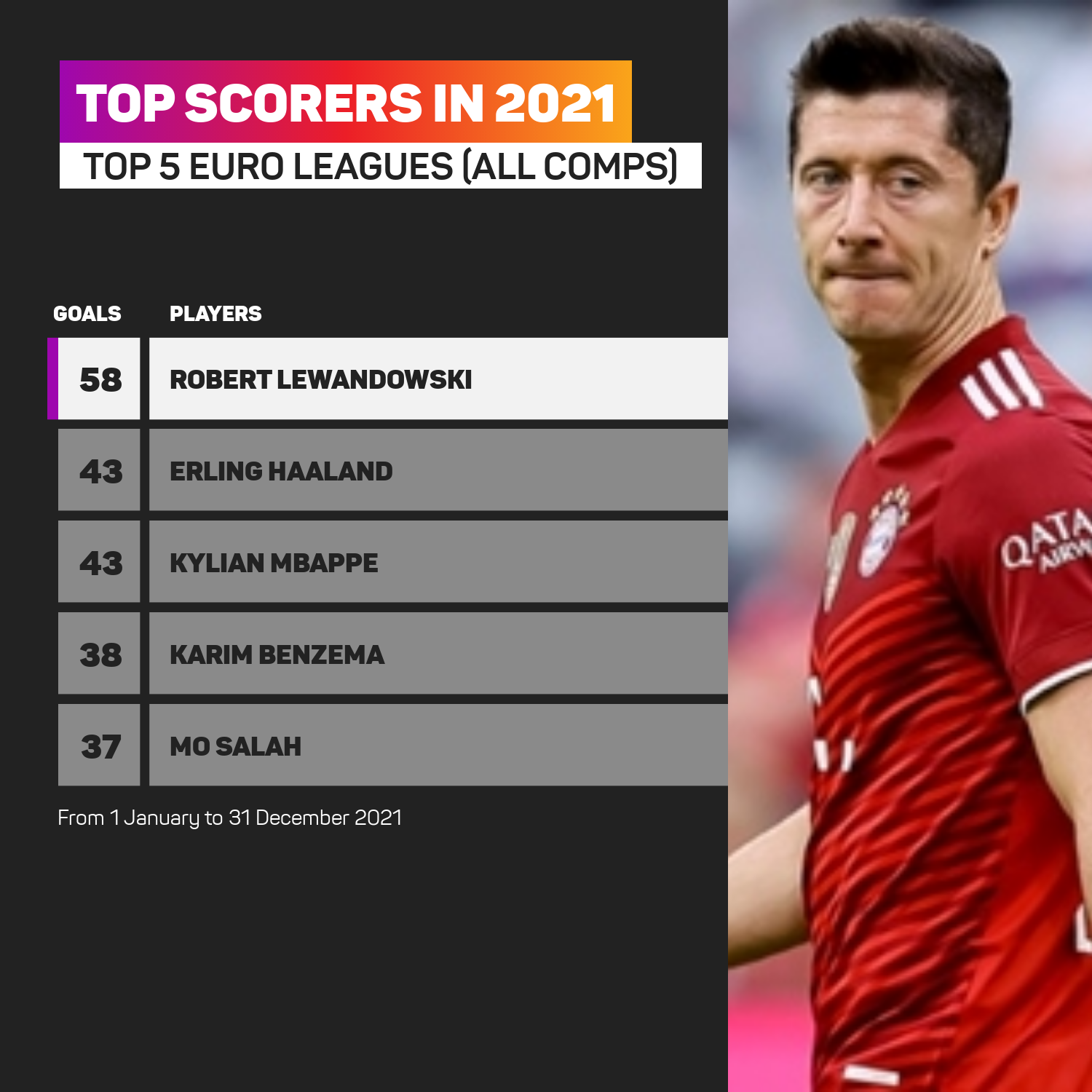