Mikel Arteta insisted Arsenal can use the loss to Liverpool as a platform to build on as he called for improvements against Burnley.

A Diogo Jota double eliminated the Gunners from the EFL Cup at the semi-final stage on Thursday as Jurgen Klopp's side ran out 2-0 victors across the two-legged tie.

Arteta's side rarely troubled the Liverpool goal, bar an early Alexandre Lacazette free-kick hitting the crossbar, and their focus is now solely on the league as they are out of every other competition.

But the Spaniard believes his team can utilise their outing against the Reds to develop upon on Sunday against Burnley, who they have lost just one of their last 18 league games against.

"I will show them what they have done against Liverpool and demand more of ourselves as well," he told reporters at his pre-match news conference.

"We did a lot of good things but it is not enough to win the tie across two games against them, and this is the level of excellence we have to look for."

Burnley are winless in their last 11 Premier League away games, drawing four and losing seven, but have not played in the top flight since January 2 due to various coronavirus-enforced postponements.

The Clarets will be without the in-form Maxwel Cornet for the trip to Emirates Stadium as well, but Arteta expects a tough task against Sean Dyche's relegation battlers.

"They are a competitive team and Sean always puts them out there for a difficult game," he added.

"For us, it is a massive game after the defeat and disappointment – we have to get back on track and get winning." 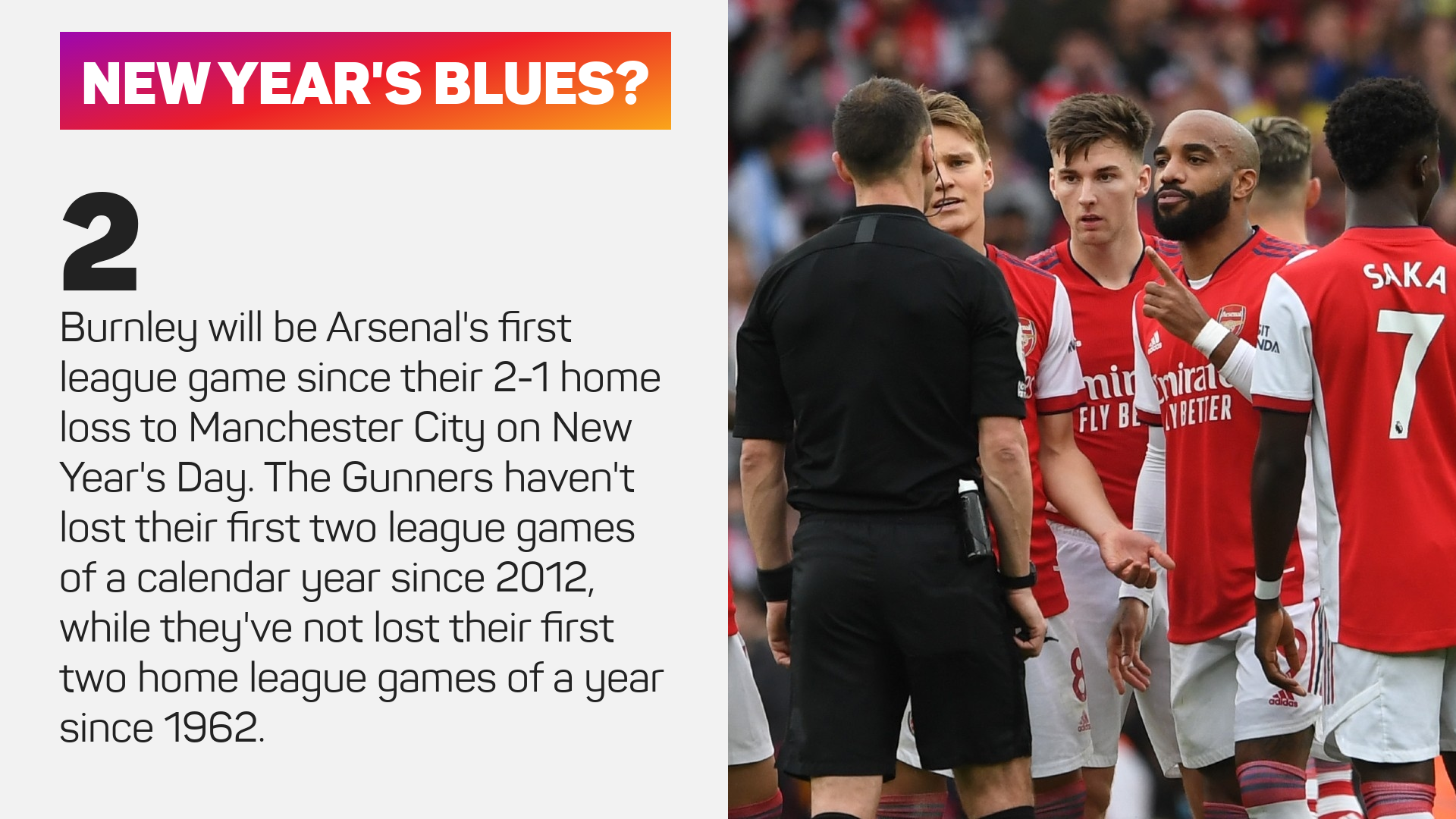 Burnley did win 1-0 on their last league visit to Arsenal and are looking for consecutive such victories for just the third time, after doing so in 1950 and 1960.

While aware of his side's need to regain their form, Arteta insisted Arsenal are not feeling the heat of the top-four race as they sit in sixth – two points behind fourth-placed West Ham having played two games fewer.

However, north London rivals Tottenham are fourth, a point ahead of the Gunners, while boasting a one-game advantage over their neighbours.

"We are here to win football matches and that is the pressure, we know the amount of matches we have to win if we want to be up there," Arteta continued.

"We can't look too far ahead, there has been a lot happening in recent weeks and it has been extremely difficult to manage the squad and the team.

"We have lost a lot of players and we have to reunite, win on Sunday and move from there. Then we have a window to hopefully get some players back."

To grasp victory from the jaws of defeat is possibly one of the most fulfilling moments for any athlete, an achievement Lee Zii Jia now unlocked after mounting a mammoth comeback to clinch the Thailand Open title.

Stephen Curry scored 31 points in the Golden State Warriors' 109-100 win over the Dallas Mavericks in Game 3 on Sunday.