Ivory Coast and Egypt will contest arguably the tie of the round on Wednesday as the two giants hope to book their passage to the quarter-finals of the Africa Cup of Nations.

Carlos Queiroz's Pharaohs failed to impress during the group stage, ultimately reaching the knockouts thanks to 1-0 wins over Guinea-Bissau and Sudan, teams many would expect them to beat comfortably.

They got the job done but now come up against one of the more eye-catching teams from the first round in Ivory Coast, who rounded off the group stage with a 3-1 win over defending champions Algeria.

In Wednesday's other last-16 contest, and the final game of the round, surprise package Equatorial Guinea will hope to continue their promising campaign against Mali, who will be firm favourites.

Mohamed Salah and Egypt have struggled to rise to the occasion so far in Cameroon – if they cannot get themselves up for this, they will surely be heading home.

This will be the 11th AFCON meeting between these two sides, making it the competition's most-played fixture, and Egypt boast a good record against the Elephants in knockout games.

Ivory Coast have not been successful in any of the previous four elimination clashes – the two most recent were in the 2006 final when Egypt won on penalties, and the semi-final two years later as they ran out 4-1 winners.

As such, Ivory Coast will surely feel they have a score to settle, and Egypt's record of losing each of their past two AFCON knockout matches should give them some optimism.

He may be struggling to get a look-in at club level with Arsenal, but Pepe is undoubtedly key for the Elephants. Only Algeria's Youcef Belaili (24) was directly involved in more shots than him in the group stage (19 – 12 shots, seven chances created), while the former Lille winger has been directly involved in more goals than any other Ivory Coast player in the tournament so far (three – two goals, one assist). 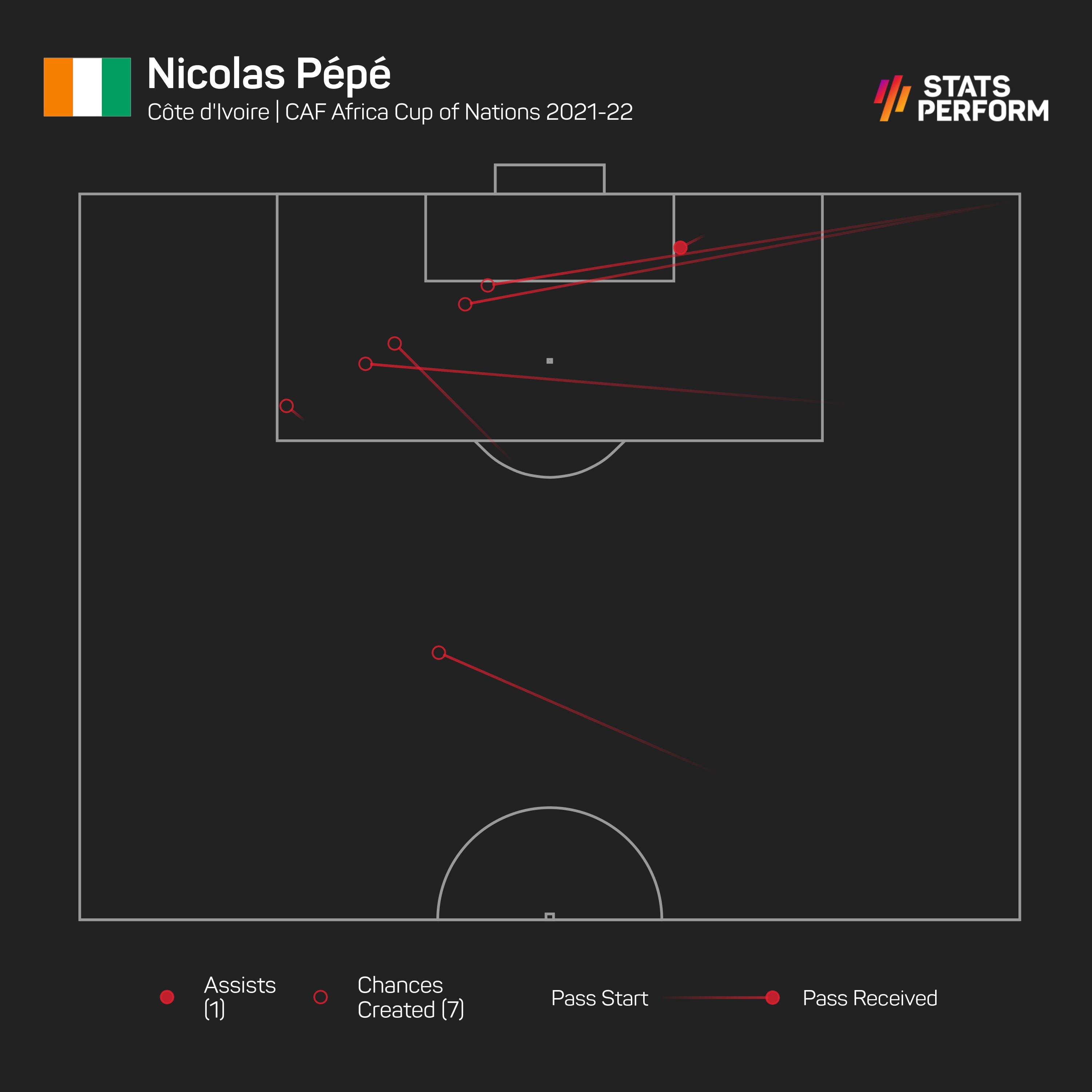 Mali may have come through the group stage unbeaten, but Equatorial Guinea will not be writing themselves off producing a shock here.

After all, Les Aigles have had to largely rely on penalties to get their goals, highlighting that their route to this stage has not been entirely emphatic, while Equatorial Guinea have overcome greater odds.

In their previous four AFCON knockout games, they have progressed twice – both of those came in 2015, when they caused upsets by getting past Tunisia and the Democratic Republic of Congo.

This edition of the tournament has seen its fair share of shocks already. Could Mali be the latest to be guilty of complacency?

As mentioned, Mali have almost entirely got by on penalties, with three of their four goals coming via Ibrahima Kone's spot-kicks. That meant they scored just once from 27 open play shots in the group stage, yet their non-penalty expected goals (xG) of 3.6 suggests chance creation was not the issue. Traore was their most effective player in that respect with his set-piece deliveries, tallying a squad-high key passes. 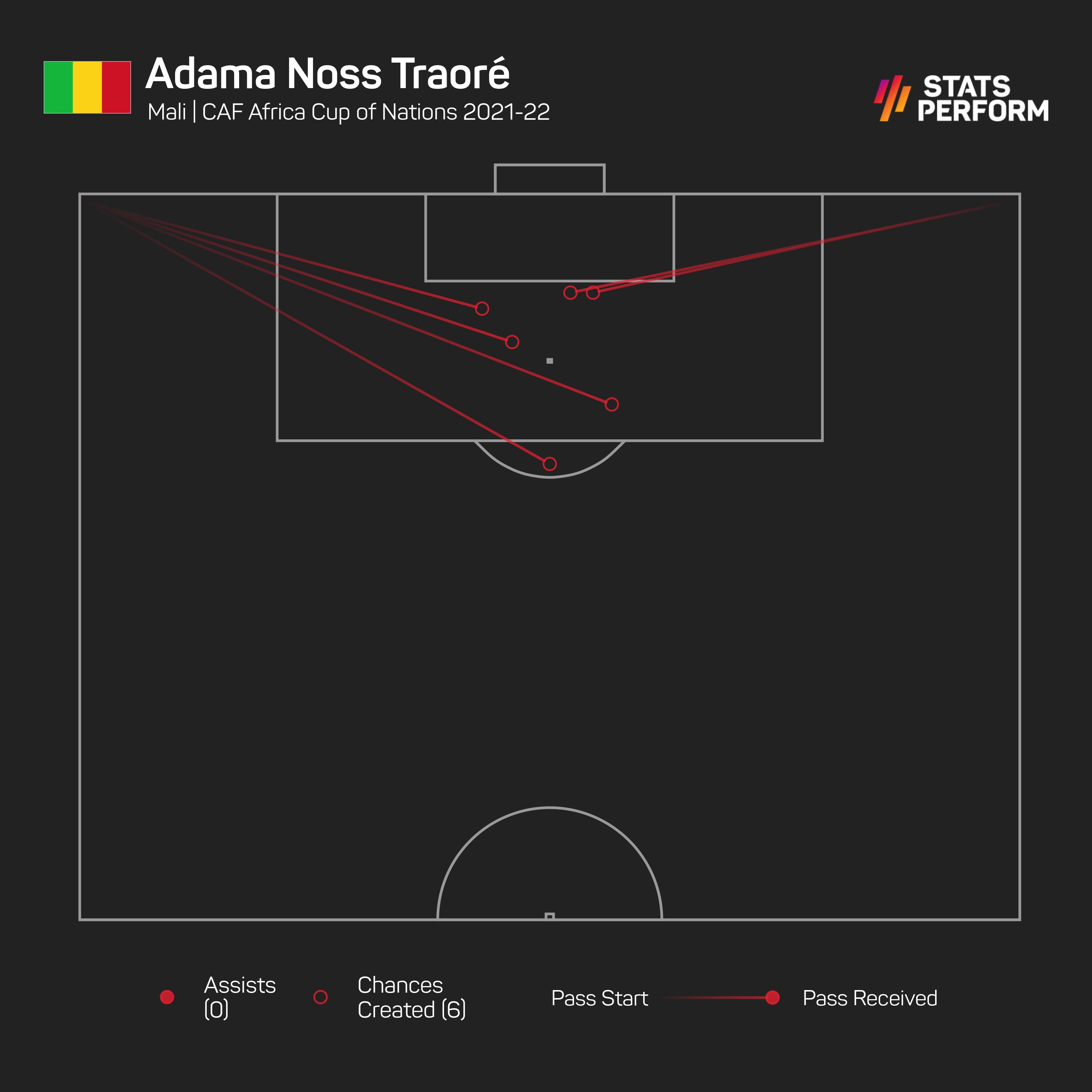