Bellingham was unhappy after Dortmund were denied two spot-kicks in Saturday's action-packed Bundesliga clash prior to Mats Hummels being penalised for handball.

The England international appeared to allude to a six-month ban handed to Zwayer following a 2005 match-fixing scandal, which centred around fellow official Robert Hoyzer.

Hoyzer was found to have fixed 2. Bundesliga matches in 2004-05. One of those involved Zwayer operating as an assistant, with the allegation he took a €300 bribe. Zwayer strenuously denied any such wrongdoing in the course of that investigation.

Bellingham's comments are reportedly being examined by police, while the German Football Association (DFB) has fined the youngster €40,000.

As the fallout continues from Bayern's win, which moved them four points clear at the summit, Nagelsmann gave his view on the refereeing decisions and Bellingham's remarks.

"Those comments tarnished the game a bit," Bayern head coach Nagelsmann said at a news conference ahead of Wednesday's Champions League clash with Barcelona.

"I can understand the discussions. But the incident involving Marco Reus couldn't have resulted in a penalty because there was an offside.

"I wouldn't have complained about the penalty for us if it hadn't been given. I can understand from Dortmund's point of view."

Bayern now switch focus to the visit of Barca to the Allianz Arena, with the game to be held behind closed doors due to rising coronavirus cases in Bavaria.

The German giants have won each of their last three meetings with Barcelona, which is the longest run of wins by a team against Barca in their European Cup and Champions League history. 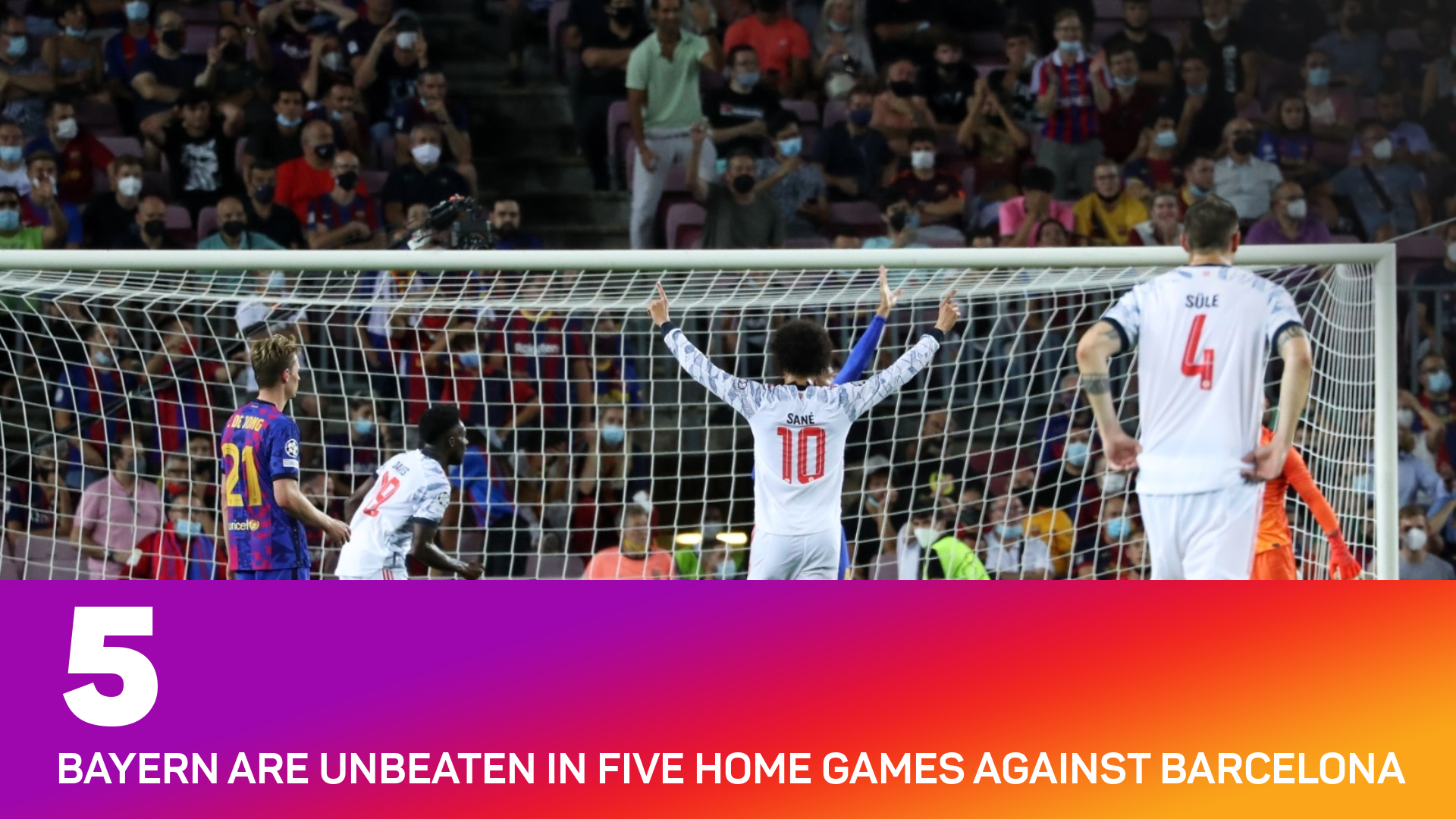 Nagelsmann's side are already assured of top spot in Group E, while the visitors may need to win if they are to progress, depending on how Benfica get on against Dynamo Kiev.

Despite Barcelona enduring a trying time on and off the field in recent times, Nagelsmann insists it is only a matter of time before the LaLiga heavyweights turn things around.

"I think they are still an extremely attractive club for players and fans," Nagelsmann said. "The financial figures are known. If that hovers over you, you will be a little inhibited.

"In a successful era you may become lazy and need too long for decisions. Then you seldom think about what happens when things go bad.

"The spitting out of talent has been a bit lacking, but that will only come again. Obviously they are making ends meet and still have a good squad.

"For me, Frenkie de Jong is one of the best midfielders in the world. They still have world-class players. They are under pressure in the table and have to win. They will give everything to make this a good game."

Bayern have won all five of their group matches, scoring a combined 19 goals and conceding three.

The Bavarians will remain without Leon Goretzka on Wednesday due to injury, despite the midfielder returning to training, while Serge Gnabry is out with an adductor issue.

Despite having little to play for on the face of it, Nagelsmann intends to name a strong side to face Barca.

"We'll play our best available team," he said. "Benfica don't have to worry! We are going for six wins from six and that is a worthwhile goal."