Kyrie Irving does not feel compelled to change his stance regarding the COVID-19 vaccine, despite the Brooklyn Nets potentially being without Kevin Durant for six weeks.

The seven-time NBA All-Star has refused to be vaccinated against coronavirus and is therefore banned from playing in home games due to New York's vaccine mandate.

Irving was left off the Nets' initial roster for the 2021-22 season, but that decision was reversed last month when the 29-year-old was included as a part-time player.

He has been restricted to four road games so far and has averaged 20 points, which is down on his career average of 22.8.

The Nets could do with Irving more than ever after losing Durant to a knee injury that will keep him out for at least a month, but the point guard is staying rooted to his decision.

"That's what I think comes into a lot of this culture and basketball and sport and entertainment," he said. "You bring in teams and you bring in situations.

"But in terms of where I am with my life outside of this, I stay rooted in my decision. And that's just what it is.

"It's not going to be swayed just because of one thing in this NBA life. That somehow it's brought to my attention as being more important than what's going on in the real world.

"It's just not happening for me. I respect everyone else's decision. I'm not going to try to convince anyone of anything or any of that, I'm just standing rooted in what I believe in.

"Though we're dealing with this right now with Kev, I know I'm protected by the organisation, by my team-mates, by all the doctors I've talked to. And I just stand rooted." 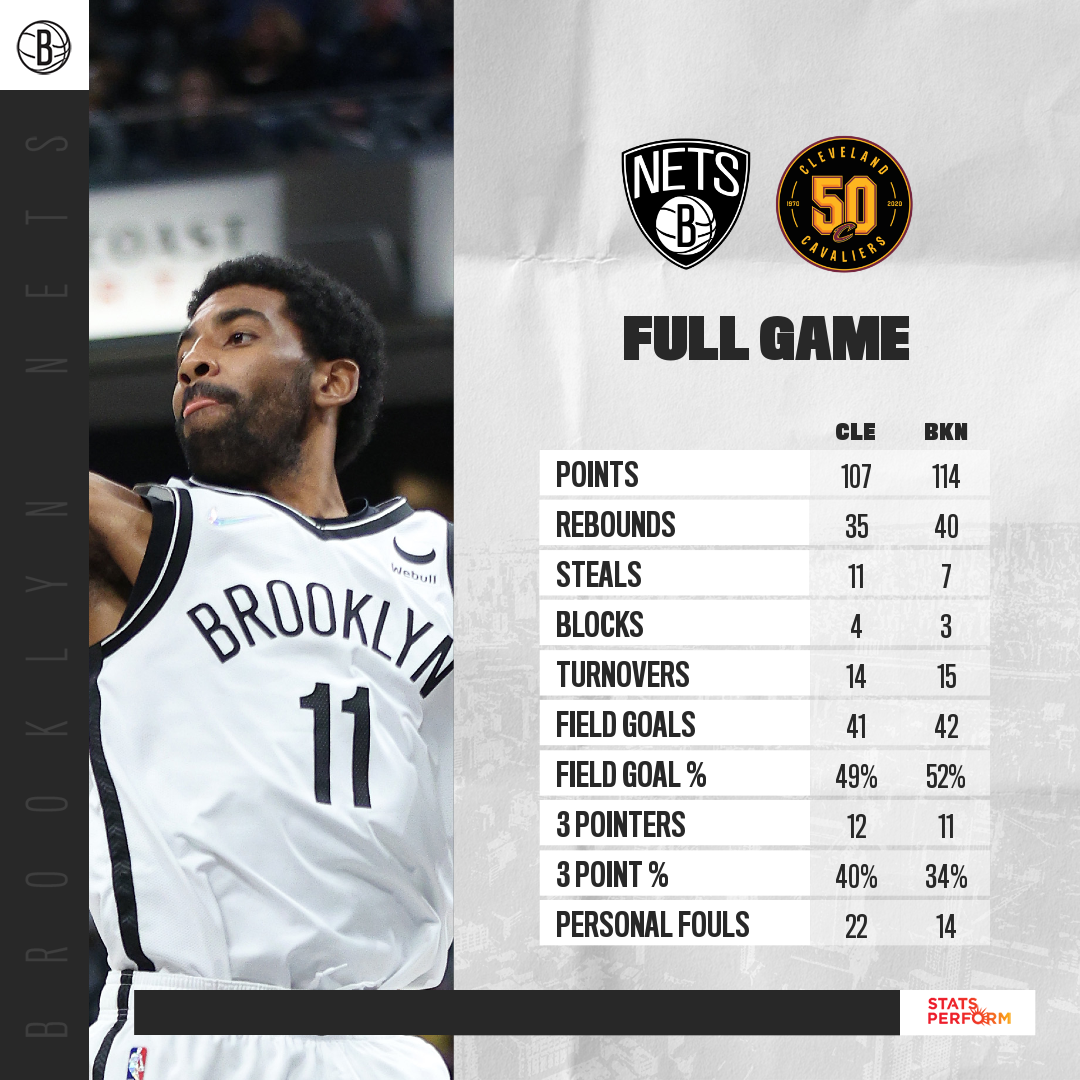 Irving was speaking after leading Brooklyn with 27 points in their 114-107 loss to the Cleveland Cavaliers on Monday – his best tally since returning to action this month.

The Nets are once again denied the chance to partner star trio James Harden, Durant and Irving, but head coach Steve Nash is hopeful others can step up.

"It's a great opportunity for guys and our team to grow," he said. "We can't rely on Kevin in ways we could, and we have to find ways and solutions to be competitive without him."

The Nets' 'Big Three' have played only 16 games together, going 13-3 across that period.

"It wouldn't do the team any good if the leader of the team is sitting at home contemplating how many games they haven't played.

"That would take me away from being excited and positive to come in every day and try to affect the group positively for these guys to feel empowered and to grow."

NBA Conference Finals: Doncic and Curry face off in blockbuster, Butler next in Tatum's sights

The Mavericks will face the Warriors in the Western Conference final, while over in the East the Celtics take on the Heat.

Chiellini leaving Juventus and Italy retirement 'a pity for everyone', says Mancini

Giorgio Chiellini has confirmed he will leave Juventus and quit internationals with Italy, much to Roberto Mancini's disappointment.