Stephen Curry and the Warriors claimed bragging rights over Seth Curry and the 76ers, but the brothers were on good terms for Thanksgiving.

Stephen Curry hailed his "unbelievable" younger brother Seth as the sibling rivalry became a thrilling sideshow in the Golden State Warriors' win over the 76ers.

It appeared Seth was going to win the battle but lose the war when he led Stephen in scoring while Philadelphia trailed in the game, going into the closing minutes.

Yet a three-pointer with 1:27 to play from Stephen meant he reached 25 points as well as finishing on the winning team, while Seth ended the game on 24 points and on the beaten side.

On Thursday, both NBA stars were set to get together with their family for Thanksgiving, along with Golden State's Damion Lee, who is brother-in-law to the pair after marrying their sister, Sydel.

Philadelphia swept to a 34-23 lead after the first quarter as Seth Curry made a blazing start to Wednesday's game, but a dazzling second half from Stephen and the Warriors saw them dominate 64-35 to snatch a 116-96 win.

Seth missed all five of his three-point attempts, to put another downer on his night.

He said of facing Stephen: "It's not always fun to play against him. For 80 nights out of the year, I want him to have a good game and them to win, but tonight the switch is flipped and I gotta compete against him and try to stop him.

"It's good for our families to watch. I was a little upset in the end of the fourth: it was the first chance I had to outscore him and he gets a wide open three at the end of the game when it's said and done to eclipse me by one point, so I wasn't happy about that."

All the same, Seth was smiling about it all, so a family get-together looked sure to be an enjoyable affair.

He added: "Especially around the holidays it's good for everybody to see each other, and you don't take it for granted, me, Stephen and Damion playing against each other." 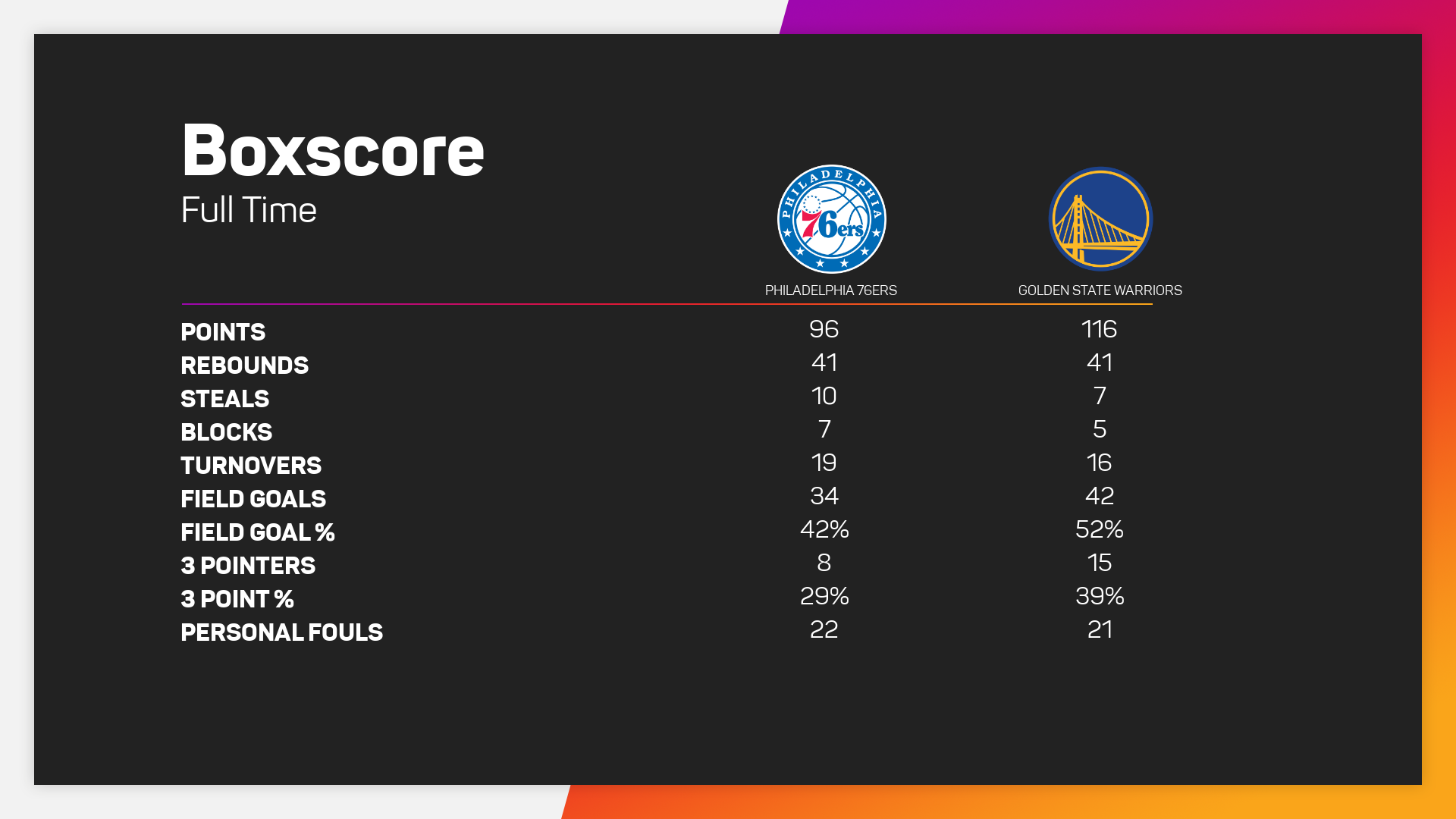 This was the second time this season the Warriors won a game by at least 20 points after trailing by at least 10. The rest of the NBA's teams only have three such games.

Stephen Curry made just one free throw (Seth was eight-from-eight from the line) but connected on six of 11 three-point attempts.

After the game, Stephen insisted he had been unaware Seth was close to pipping him for points until that late three-pointed.

"He reminded me right after the game. I didn't know the stakes were so high on that shot," Stephen said.

"That dude's playing unbelievable basketball. It's fun to watch and he continues to get better. It's impressive the way he's playing and the way he's stepped into his identity in this league. I'm a proud, proud brother."

Golden State have won nine straight home games, all by at least 13 points.

Stephen Curry felt the second-half contribution of Juan Toscano-Anderson was key to the comeback, with abundant energy complementing his 13 points, six rebounds and six assists.

"For sure. That is contagious. You feel a different spirit because of how much it means to him and how he knows he can influence and impact games," said Warriors star Curry.

"Anybody can skill their way into it and have that flashiness. He has that dog in him that comes out and it's contagious for sure and we feed off that."